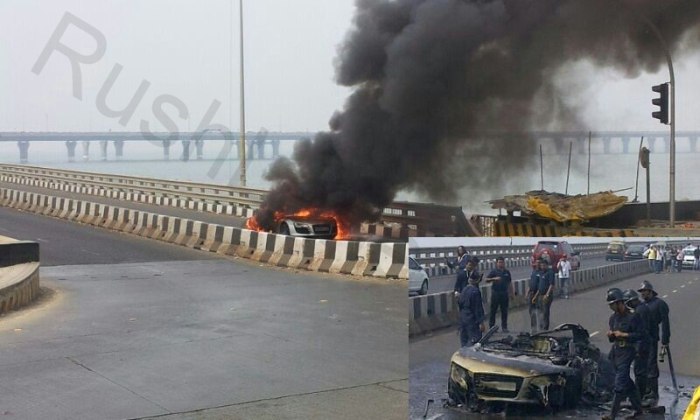 The Parx Supercar Rally at Mumbai is a ‘must-go’ for every supercar owner and fan in this region of the country. The Parx offers one of the biggest assemblage of supercars in the country and attending the show has always been a memorable experience for the participants.

This year, the supercar show has got even bigger with more ‘drool-maal’ and a lot more horsepower. However, an incident today has left everyone terrified and saddened. An Audi R8 supercar has caught fire on the Bandra Worli Sea Link and here we have a couple of videos of the incident.

No one has been injured and the car that caught fire was not a part of the 2013 Parx Supercar Rally. It is being said that the R8 which got engulfed by flames, overtook the rally participants at a very high speed and was seen catching fire the very next moment. Luckily, prompt action by rally participants saved the life of the R8 driver.

Michael Perschke, Head of Audi India and a part the rally asked media to be patient until his team judges the exact cause of the fire. The unlucky R8 is now in possession of Audi India and initial research suggests that the car had been modified by the owner.