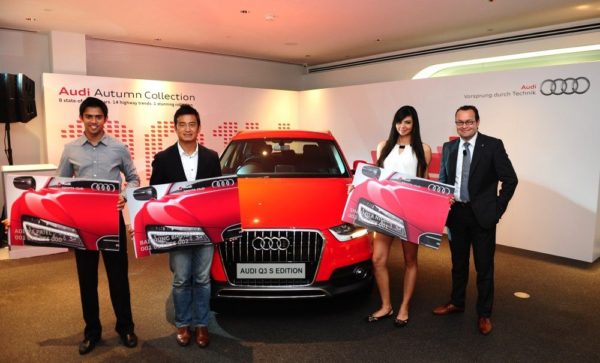 We reported in detail when the Indian subsidiary of Audi launched Q3 S, the new entry level variant of its popular crossover, in Indian car market today. Now, it has emerged that in a first of sorts, the car maker has managed to garner as many as 125 bookings for the Audi Q3 S in the very first day of the car’s launch.

The new Audi Q3 S carries a price tag of INR 24.99 lakhs, which makes the Q3 line up much more accessible. This should help the Indian subsidiary of the VW owned premium car maker with fending off the increasing competition coming from other players in the entry level luxury car segment. 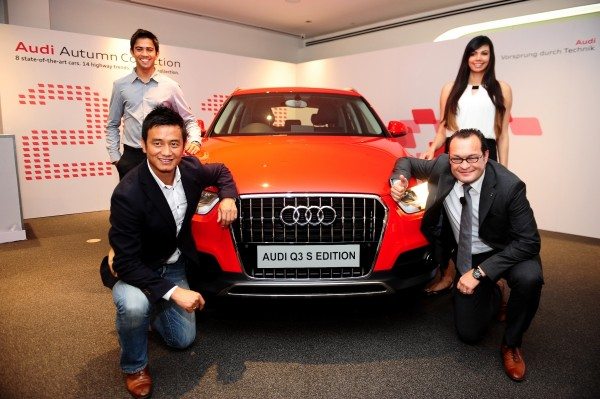 The mouth watering price tag of the new Audi Q3 S is courtesy the local assembly, which will take place at Audi’s facility in Aurangabad.

Further helping the carmaker with keeping the prices under a check is the detuned version of the 2 litre, direct injection, diesel engine that powers the new entry level variant. This engine gets a 6 speed manual transmission, instead of the usual S-Tronic auto ‘box, and also losses its All Wheel Drive credentials. While the same engine produces a max power of 174 bhp and a peak torque of 380 Nm for the pricier variants of the Q3, the Q3 S has to do with a max power output of 140 bhp and peak torque of 320 Nm.

Also helping Audi India with pricing the Q3 S ultra competitively is a (relatively) shorter features list, on which stuff like a panoramic sunroof, sat nav, DRLs, Xenon lamps, and the reverse parking camera is conspicuous by its absence. All this makes the Q3 S lighter than the regular Q3 by 140 kilograms. Needless to say, it also makes the car significantly more pocket friendly to buy.

Despite the rationalized features list, the Q3 S does get a plethora of features which include-

Well begun is half done, or so they say. It would be interesting to see if the Q3 S would continue to get such a terrific response even after the levels of initial excitement have gone down.