Patents relating to water cooling heads for Harley Davidson motorcycles have been in the news since 2011- thanks to the US Patent office website revealing the patent designs of Harley’s water cooled heads where radiators and cooling fans were mounted inside the leg guards. 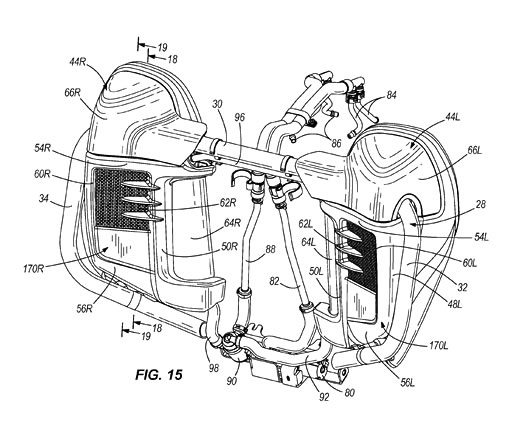 Traditionally powered by air cooled and liquid cooled engines, certain models on the 2014 Harley lineup viz. Ultra Limited and the Tri Glide now sport the new tech water cooling system. Though nothing of this could be traced on their website, but hints can be picked up from the following snapshots where the new motorcycles are developed under the name Project Rushmore. 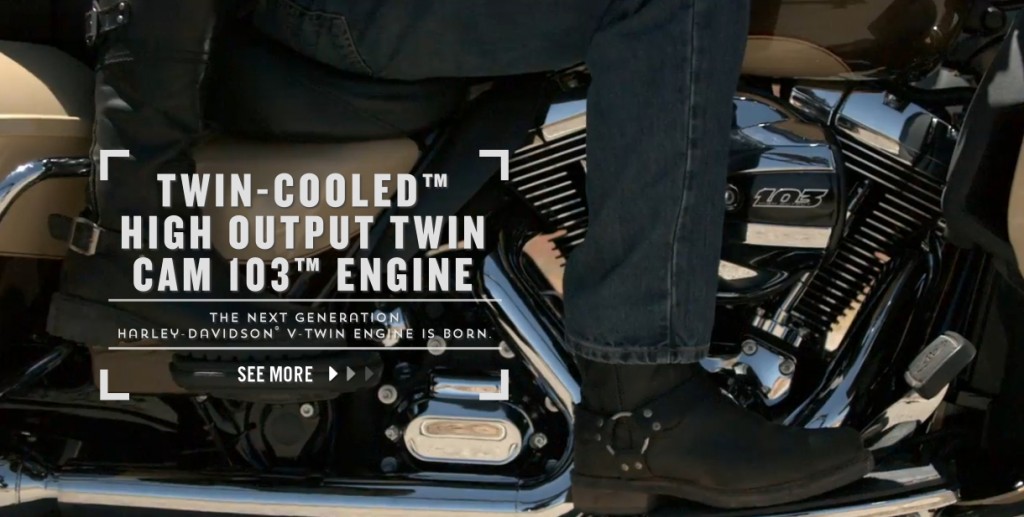 Added proof includes the video on the Project Rushmore website (https://projectrushmore.harley-davidson.com/en_GB) where the Harley Davidson Ultra Limited and the Tri Glide could be seen sporting radiators. A visual comparison between the new and the old bikes further adds to the conclusion. In fact on close inspection of the engine, coolant pipes are clearly visible in the video.

This new tech might be outright shunned by Harley Davidson purists and it’s no wonder the Milwaukee manufacturer at the moment is keeping mum on the cooling specifications. The performance advantages that come along with a modern cooling system, it’s but obvious that the water cooled tech would be carried over to the rest of Harley’s lineup. Just a matter of time.