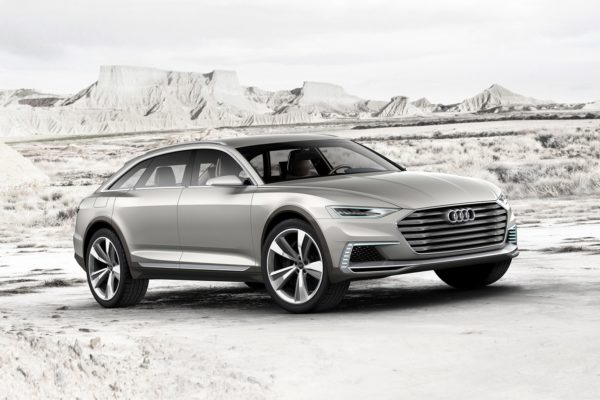 Just when you presumed that Audi’s Prologue series of concepts have had their run, the German carmaker unveils yet another Prologue concept – Audi Prologue Allroad Concept. This one, as the ‘Allroad’ monicker suggests, is focused on being more like a 4×4. The concept will be showcased in all its glory at the upcoming 2015 Shanghai Auto Show, but we guess Audi just couldn’t wait long enough to show the world its latest Prologue. 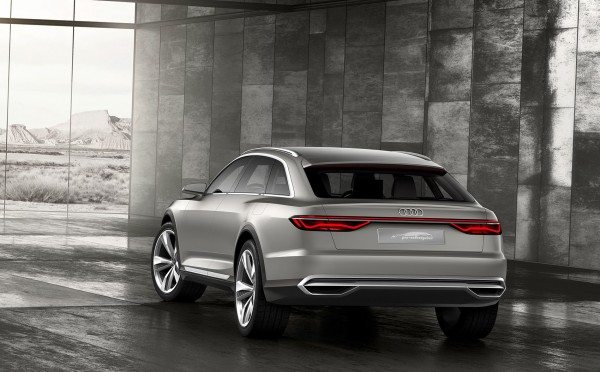 Audi has unveiled its third Prologue concept and is basically an Avant on stilts.

Although the Allroad Concept bears a lot of resemblance to the Avant Concept, it has grown taller by 77 mm and gets SUV-like body cladding around the bumpers and wheel arches which are also flared, subtly executed roof rails, skid plates and more rugged looking side sills. Like its previous Concept siblings, the Allroad Concept is to show where Audi design is heading in the coming future. However, it is clear that the overall appearance of the Prologue Allroad is more like a softroader, than a hardcore offroader. 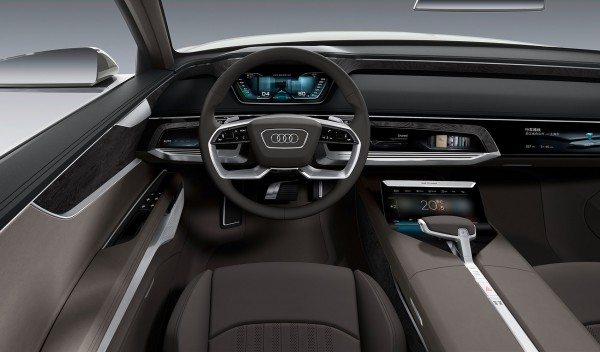 The Prologue Concepts have a minimalistic interior, which look elegant and avantgarde.

The Prologue AllRoad is over 5 metres long and comes powered with twin turbocharged 4.0-litre TFSI V8 engine which is paired to an electric motor. The result is 734 horses, 900 Nm of shoving force and power that is channeled via an 8-speed automatic transmission to Audi’s trademark Quattro all-wheel drive system. What is interesting in the Allroad, is that the electric motor is actually integrated within the confines of this double-clutch gearbox. This means the Prologue Allroad Concept can hit 100 km/h in 3.5 seconds and although Audi hasn’t revealed the top speed, electronic nannies will probably hold it back at 250 km/h. 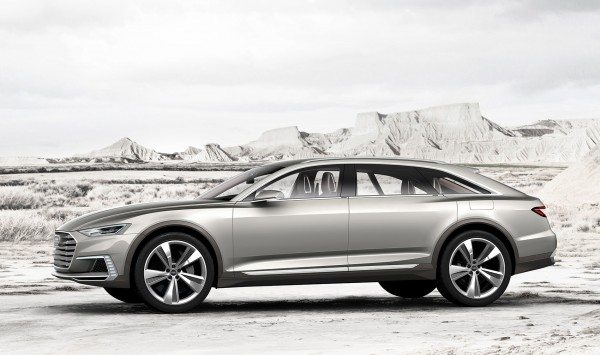 The sheer length of the Allroad is quite evident, also the Avant look is clearly visible.

Audi claims an impressive 40+ km/l which is really impressive for something that’s so vast. We guess the 14.1 kWh lithium-ion battery has a lot to do with the fuel economy figures of the Prologue Allroad. This battery provides the Allroad with a maximum all-electric range of 54 km and can be charged via a conventional power outlet or even better, via Audi’s futuristic wireless charging system. With this in place, one could just park the Prologue Allroad over a charging plate mounted to the floor of a garage, and let the car charge-up in a wireless fashion. That said, this wireless charging tech is still under development by Audi and could be used in some of their future vehicles. The Audi Prologue Allroad Concept will be showcased next week in Shanghai.