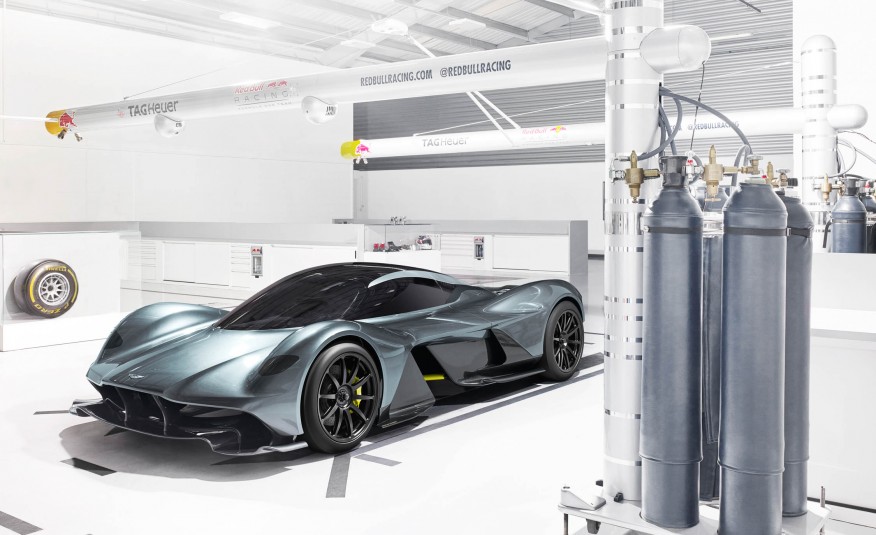 This is it! After flaccid rumours that barely raised an eyebrow, the result of Aston Martin and Red Bull’s collaboration to build the fastest street- legal car in the world is here for the entire bedazzled world to behold. Well, almost, because this, in all its low, wide, skeletal, motorsport-styled glory, is the new AM-RB 001, and we don’t know the full specifications yet, as matters are still developing. 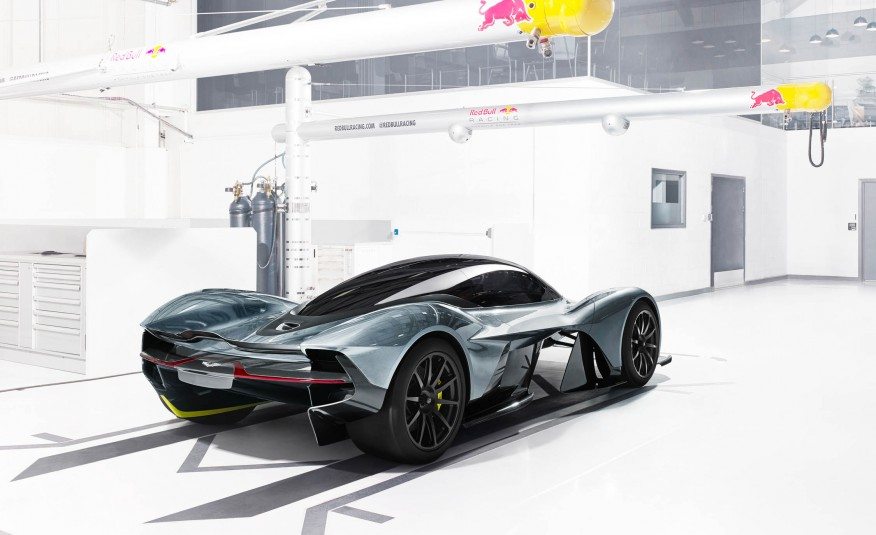 What we do know, however, is nerve tingling. For starters, it’ll have 1000 bhp per tonne, a figure only usurped by the Formula 1 inspired Caparo T1 hyper car. To put things in perspective, the supremely quick LaFerrari makes a ‘mere’ 628.6 bhp per tonne in comparison. The AM-RB 001’s engine will be a naturally aspirated, high-revving, mid-mounted V-12 that will drive the rear wheels only, possibly in conjunction with a Formula One-style hybrid system. Collective output would be northwards of 1000 bhp, with vehicle weight being targeted at less than 1000 kg, which means a potency to achieve a 1:1 power-to-weight ratio. 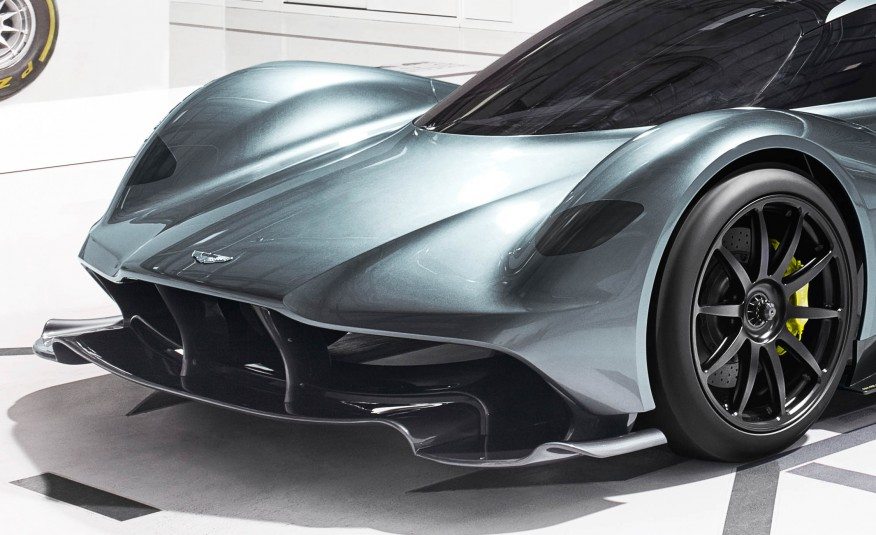 The AM-RB 001 could deliver a downforce in excess of 4000 pounds and would be capable of cornering at 4 G of lateral acceleration, similar to that of a Formula One car. It is said that the model will sprint from 0-320 kmph (200 mph) in just 10 seconds, while superior braking will put a stop in it in half that time, that’s 320-0 kmph in an astonishing 5 seconds to be precise. Did we mention that these aspects make it faster than the Koenigsegg one:1? 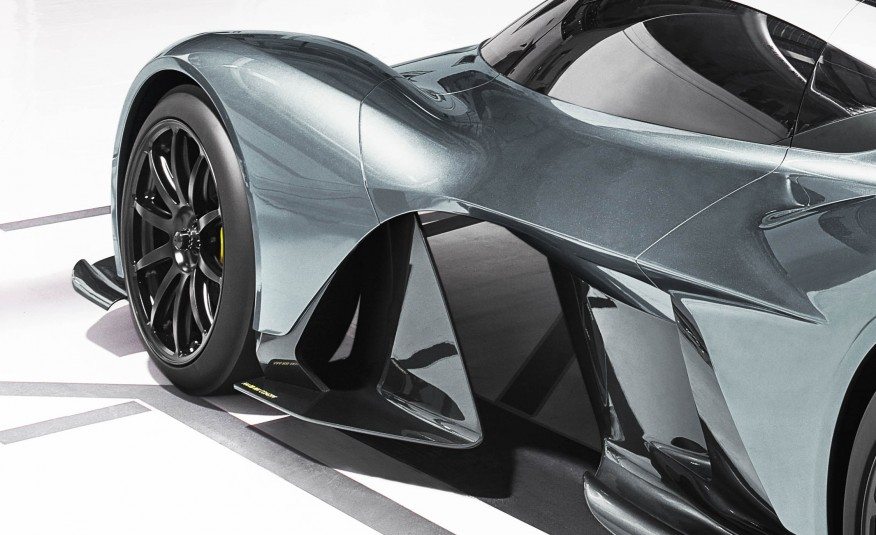 The transmission is yet to be finalized, and the idea of a trendy dual-clutch automatic box has already been scrapped due to its inherent bulkiness and weight. Performance and power related statistics are still left to the imagination, and rest assured, they’ll be earth shaking. There will be two versions of the AM-RB 001, a track-only crackpot, and a slightly tamer road going one. It is being said that the former will deliver LMP1-class Le Mans endurance race-car levels of performance, which is terrorizing levels of shove for those in the know. 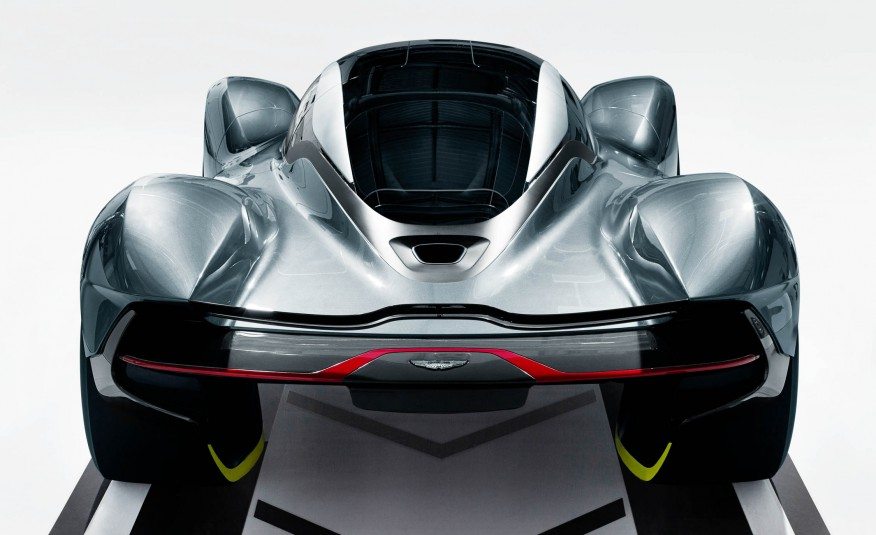 AM-RB 001 is the brainchild of Adrian Newey, renowned Formula One engineer, designer and currently the chief technical officer of the Red Bull Racing Formula One team. It is also said that the model will be limited to 175 units, of which 150 units will be street legal variants and the track-spec models, boasting of 4000 pounds of downforce, will have only 25 units available for purchase. Production of the AM-RB 001 will take place in 2018-19, will make your bank account lighter by approximately $ 3 Million a pop. As for whether it’s capped with ‘the fastest car on earth’ title or not, still remains to be seen. The tentative production date is end-2018, but we’ll be enlightened with more details way before that. Stay tuned!