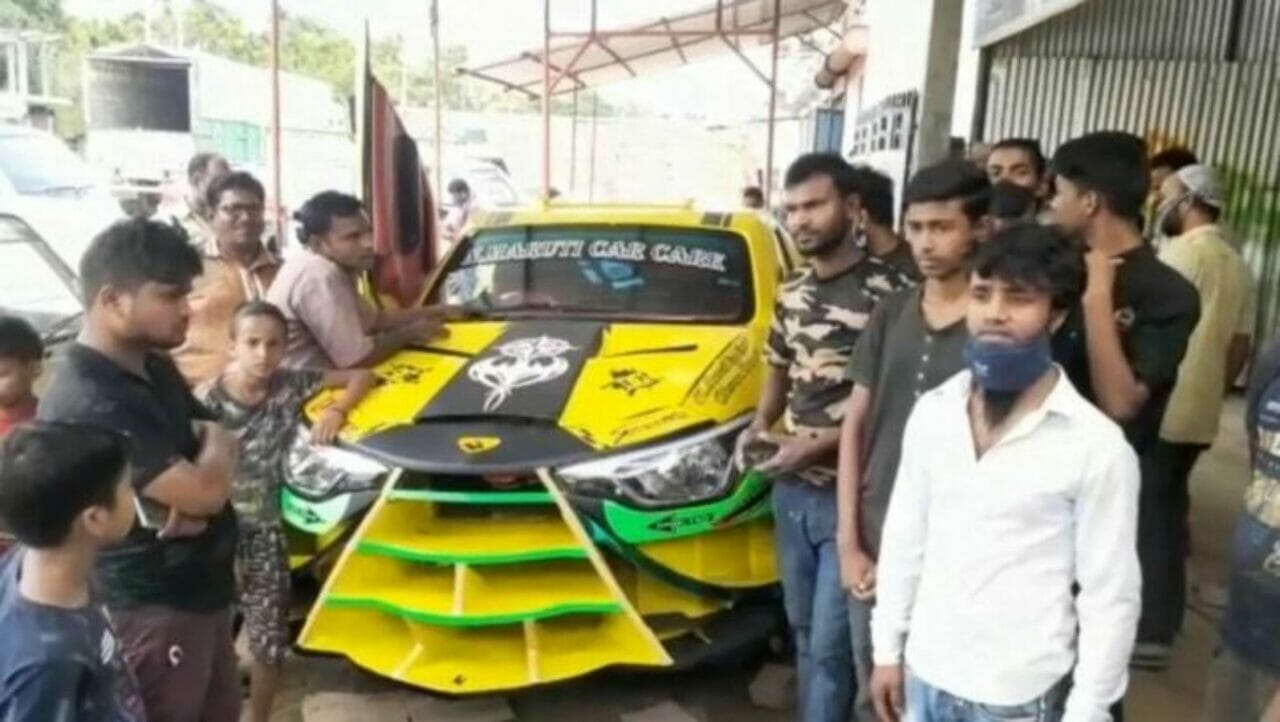 A local mechanic from Assam converted a used Maruti Suzuki Swift into a Lamborghini replica in his garage. 31-year-old Nurul Haque who is a motor mechanic based in the remote district of Karimganj in Assam took nearly eight months to complete this project. It costed him around INR 6 lakh to develop the car from the ground up and convert it into a replica of the famous Italian sports car.

Nurul Haque runs a garage in the Bhanga Bazaar area of the district after learning and gaining knowledge from his father about repairing cars who was also a car mechanic. They owned a garage in the Dimapur town, Nagaland where they lived for 20 years. 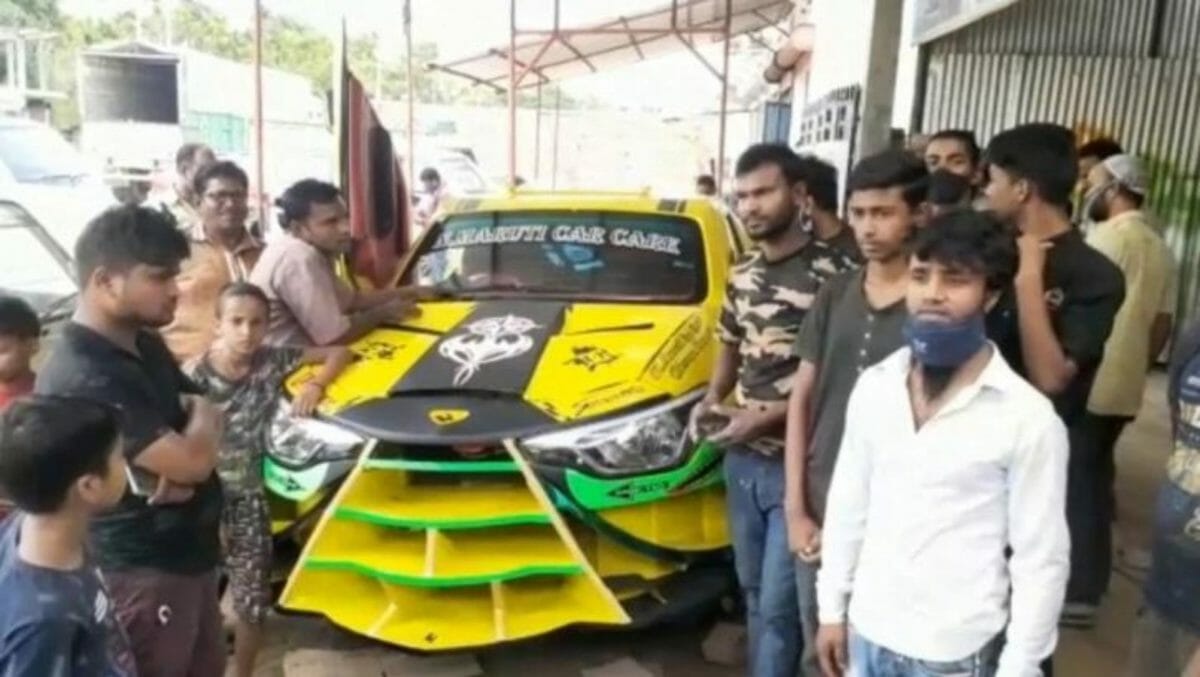 Nurul says that he was a fan of exotic sports cars such as Ferrari and Lamborghini which he saw in the Fast and Furious movies. The replica is certainly a realisation of his lifelong dream and goals. Last year’s lockdown forced him to sit at home with no work and this is when he started toying around with the idea of building a Lamborghini replica. He bought a second hand Maruti Suzuki Swift and built the parts of the replica with the help of YouTube. Nurul says that he didn’t realize how costly and time consuming the affair would be. From getting raw materials to giving it the final shape, he spent a total of around Rs 6.2 lakhs. However, Nurul isn’t sure if his car is legal and whether he will be able to drive around in it without any issues. He is afraid that the car won’t comply with the rules and that his car might be seized. The car is for sale but Nurul says he would sell the car only to someone who understands the time and effort gone into making it. 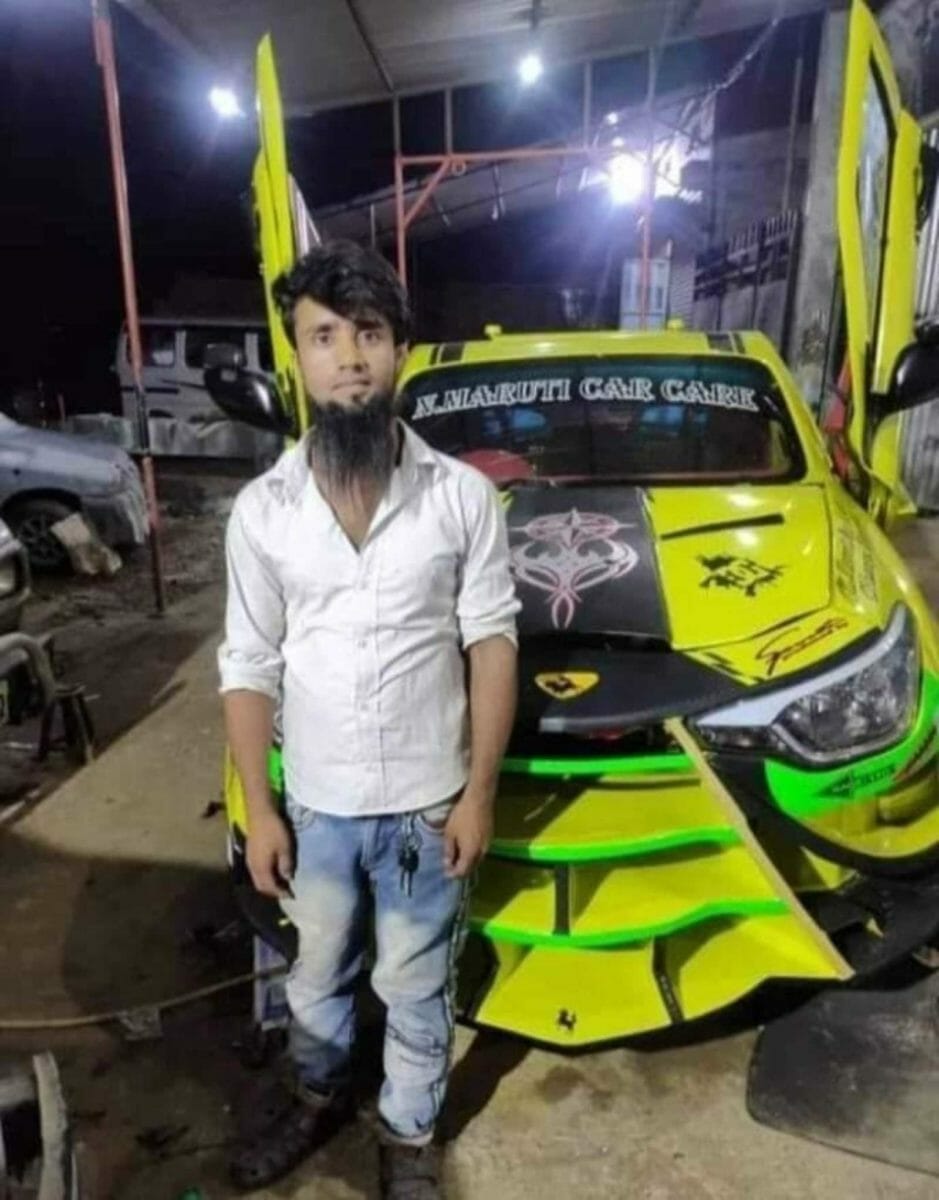 His next wish list is a Ferrari replica which he wishes to build after his Lamborghini replica experience. He also wishes to make more replicas in the future if the local administration grants him the necessary permissions. The Lamborghini replica has made Nurul a celebrity where everyone visits to take selfies with the car. Whether you like it or not, the hard work and passion gone into the replica are commendable and hopefully, Nurul continues on making his dreams come true!