Ashok Leyland, the flagship of the Hinduja Group has announced a significant win by its subsidiary Optare PLC. It is partnering with Tower Transit Group in the launch of two new electric routes in London with the supply of 37 Metrodecker double-deck EVs. The award-winning Metrodecker EV, the world’s first zero-emission double-decker, is designed and built at Optare’s facility in Sherburn, near Leeds. Building on more than a decade’s experience in EV buses, Optare launched a prototype in 2016 and following extensive trials in London and in a number of cities across the UK, the company launched its second-generation bus in 2018. 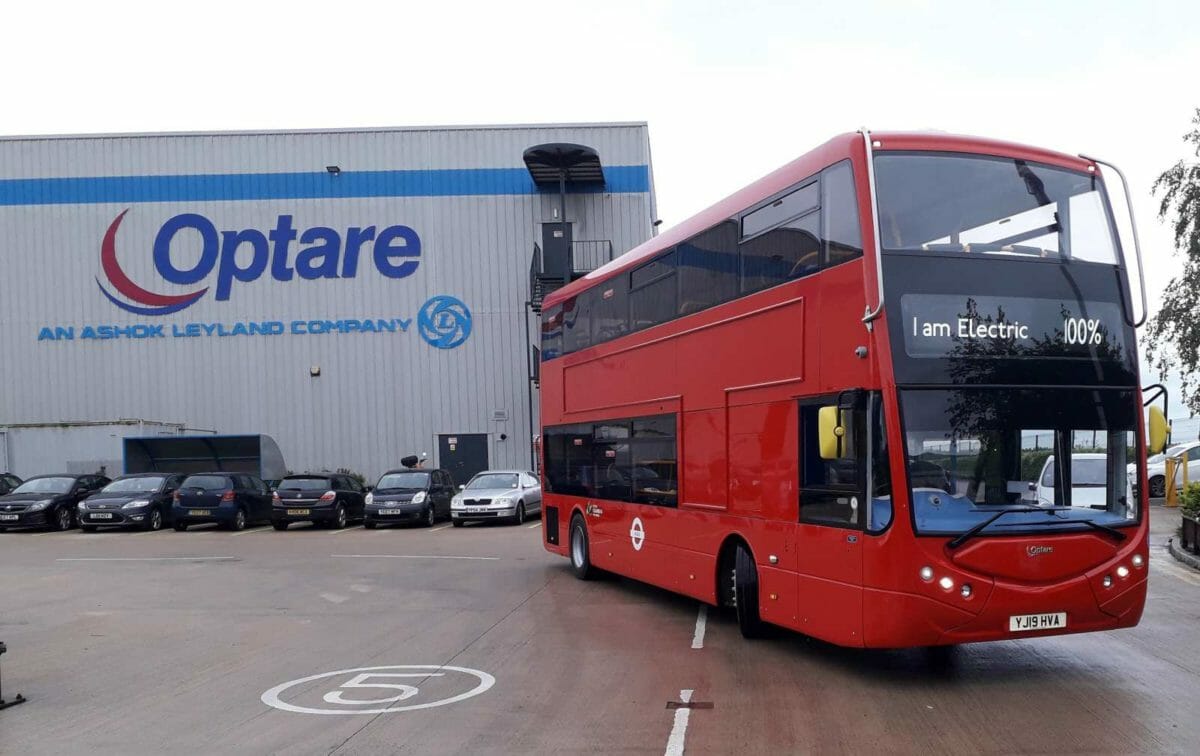 The Metrodecker EV entered service in summer 2019. Tower Transit’s order is the third major contract for the Metrodecker EV in just over a year, and the second order for the capital. By the end of 2020, 100 units of the bus will be in service. The Metrodecker EV’s class-leading range, capacity and efficiency have delivered this growth. Optare continues to invest in developing electric vehicles with the aim to be at the forefront of this technology.

Commenting on this occasion, Mr Vipin Sondhi, MD & CEO, Ashok Leyland, said, “It is a matter of pride for us that our Company has won its second order for the iconic double-decker buses, run on batteries, in London. Optare’s win comes at a time when big cities are figuring out ways to cut down on emission and we are thrilled to be part of the solution. These 37 Metrodecker EVs will save more than 1,800 tonnes in greenhouse gas emissions well to wheel in each year of operation versus a Euro 6 bus.”

He added, “We recently became the 3rd largest bus maker in the world. With this order win by Optare, we are certainly looking forward to raising the benchmark not only in terms of market reach but also the innovation and technology that we bring into the industry. Our vision is to be amongst the Top 10 CV makers globally and Optare is playing a critical role by being ahead of the curve in terms of E-Mobility and strengthening our leadership position globally.”

Tower Transit was awarded the contract for routes 23 and C3 by Transport for London in November 2019.  The routes will operate out of the operator’s Westbourne Park garage in the North West of the Capital. Routes C3 and 23 will be Tower Transit’s first battery-electric operation.