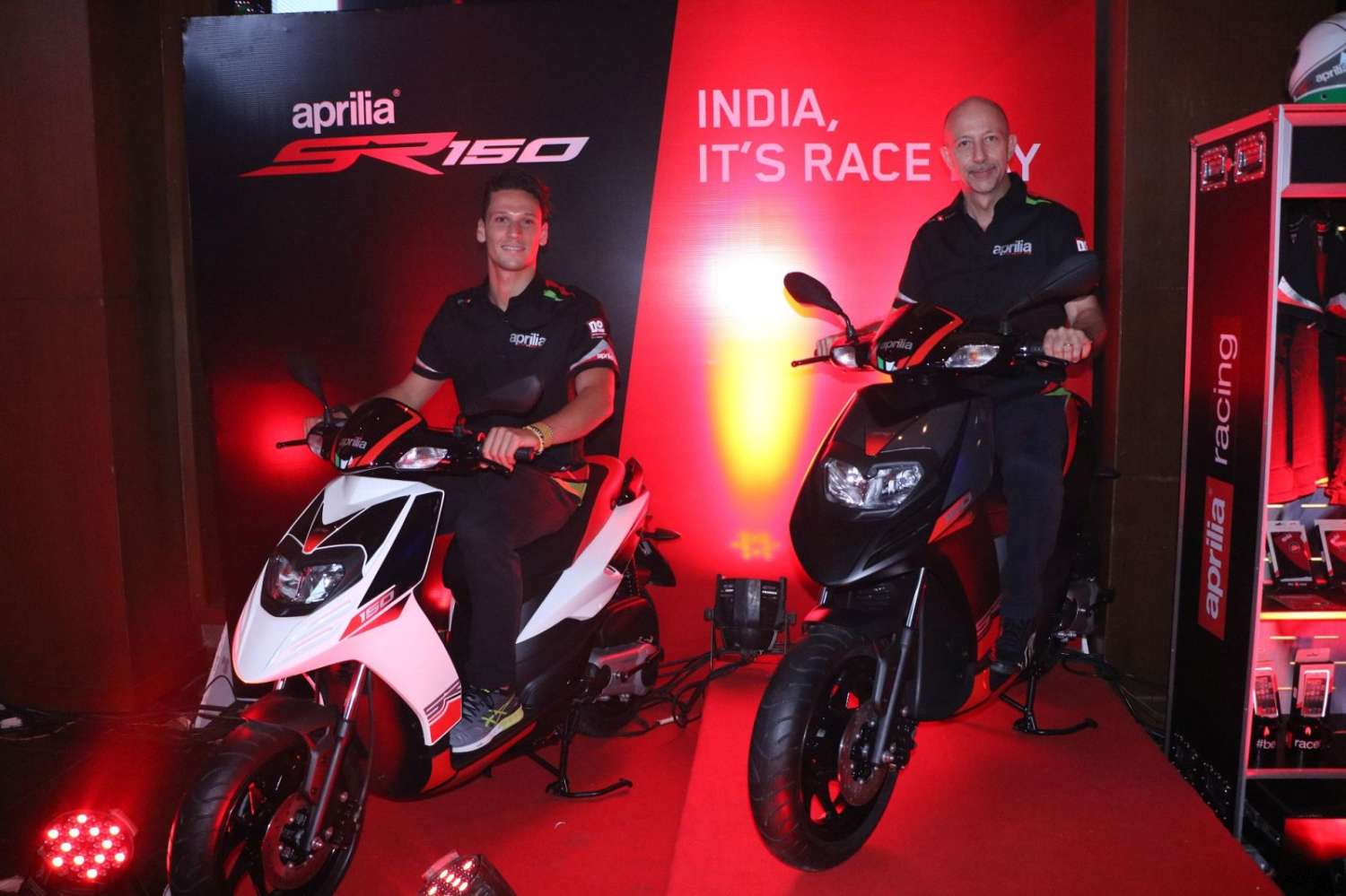 Piaggio Group launched the Aprilia SR 150 at an event in Mumbai. Dubbed as a sports scooter, it is aimed at patrons looking for the combination of sports bikes coupled with the convenience of automatic scooters. Its crossover features coupled with the pricing of INR 65,000 are said to make it India’s first 150cc gearless sporty crossover bike. The Aprilia SR 150 is being manufactured at Piaggio’s plant in Baramati. The model can be booked via Motoplexes, dealers and Piaggio’s e-commerce partner – PayTM. The launch event also saw the unveiling of Aprilia merchandise that will be available through the India Motoplexes and dealerships across the region.

As an endorsement of the brand’s racing heritage, the Aprilia SR 150 launch event hosted at Hard Rock Café in Mumbai was attended by world Superstock champion Lorenzo Savadori from Italy, who has been associated with Aprilia since the start of his racing career. In 2015, Lorenzo won the world championship with four victories and seven podiums through eight races aboard the Aprilia RSV4 RF. 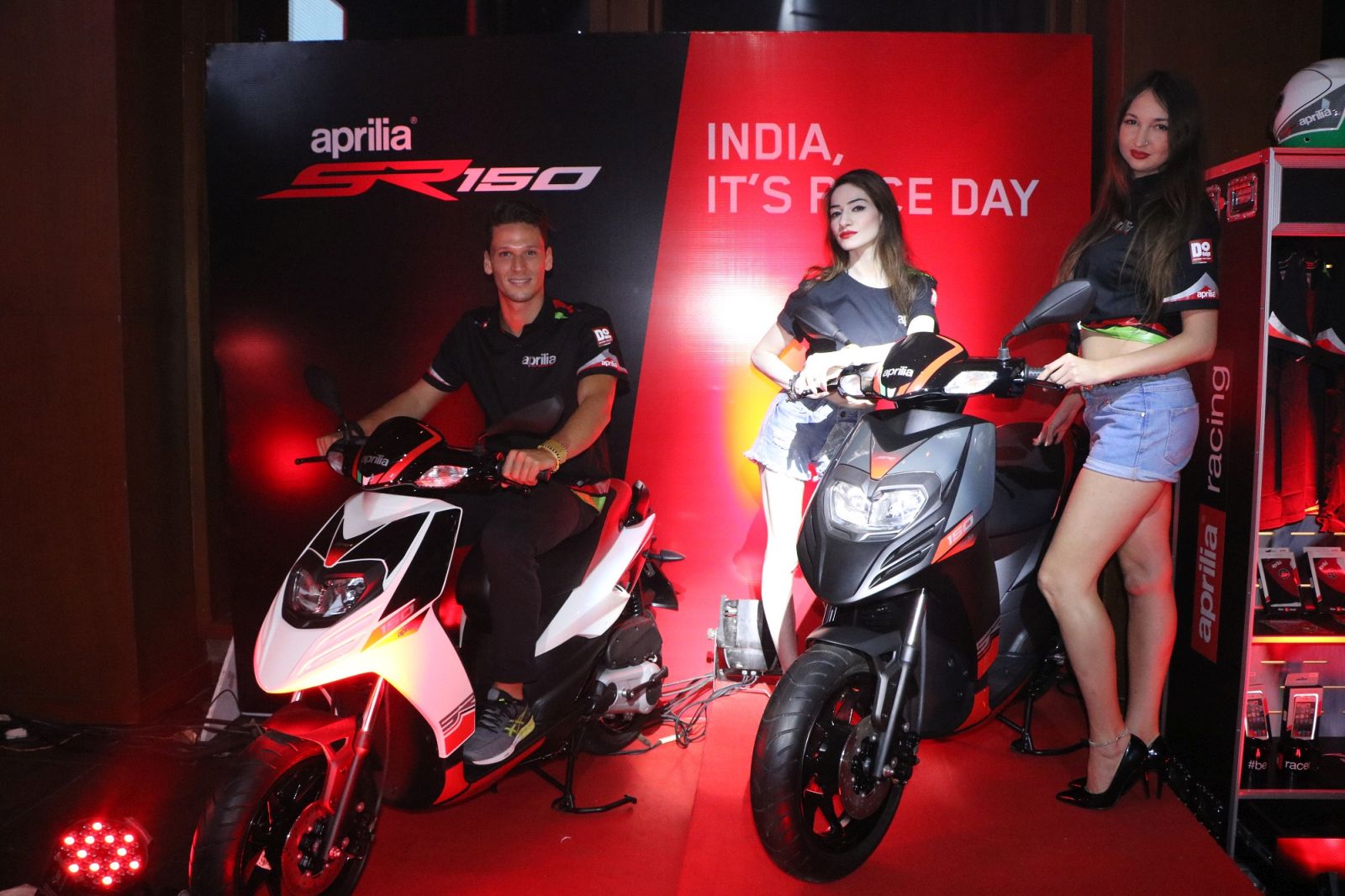 Commenting on the launch, Stefano Pelle, Managing Director and CEO, Piaggio Vehicles, said that it is with great pleasure and humble anticipation that they finally launch the Aprilia SR 150and extend their India product portfolio. At Piaggio India, they have all been waiting with baited breath to extend the Aprilia experience from the race track to the streets of India with the Aprilia SR 150.  It’s racy, it’s sporty and it promises to be a cracker on the road! From the initial response received, it appears that the market has been waiting as well. With this truly unique and powerful crossover, they are confident about creating yet another first in India’s two-wheeler segment and continuing their vision to bring truly innovative and never-seen-before products to the market.

Added Lorenzo Savadori, “I am thrilled to be here in the vibrant city of Mumbai, to represent the brand Aprilia which I am associated with. The brand represents beautiful and agile racing bikes which are designed for racers and built for riders. Aprilia SR 150 is an example of the brand’s philosophy – the crossover bike has all the elements of the racer bikes in terms of its looks, styling and experience of riding but on the other hand it is also as convenient as the automatic motorbikes. I’ve had a wonderful and thrilling experience riding Aprilia SR 150 on the Indian roads. It’s so Aprilia! India, It’s race day!”