Home Aprilia Aprilia RS4 250cc motorcycle- A dream that so needs to turn into reality! 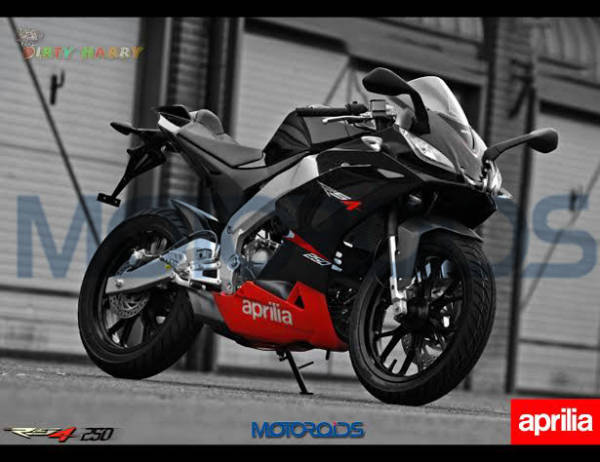 Our friend Harkamal Singh, who is an avid biker and is often responsible for handling Motorsports section at Motoroids, has come up with a speculative render of Aprilia RS4 250cc motorcycle. To support these renders, he has also shared with us a small write-up on the Aprilia RS4 250cc bike. Following is what he says-

“If you are a motorcycle enthusiast and love riding then it is the best time to purchase a new machine in India. During last few years, the sales of 1000cc & middle weight sports-bikes have been on a constant decline, all due to same old reason of recession. Manufacturers like MV Agusta had to resort to entering 600cc category just to save their name. Results were clear, most of these brands started working on sub 400cc category motorcycles, and the idea was to bring new customers in, by introducing them to the world of performance motorcycling at affordable prices. Asia was on everyone’s list as their prime target region, where they could find customers in large numbers for such bikes. Countries like India, Indonesia are still growing and developing in two wheeler market. It is only during recent years that we are able to experience good power with new age technology. Honda Motorcycles took the initiative by launching their CBR250R and the bike was highly appreciated by everyone. In few countries it was still a learner’s bike but for a nation like India, it was time to experience more power for the masses in an affordable price bracket. The biggest revolution came in the market when Bajaj-KTM launched their Duke 200 & 390. These bikes were a game changer of sorts, and few niggles apart, have so much to keep bikers happy. Not for nothing has the Duke 390 been called as “RD350 of Modern Times”!

After witnessing such huge customer potential here, other manufacturers did not want to stay behind and they also wanted to have their piece of cake. Soon Triumph announced that they shall be bringing a smaller version of their Daytona and Street triple bikes. These bikes will be powered by a 250cc engine. Yamaha also gave us a video teaser of much awaited R25. On the other hand Bajaj Auto brought a big surprise at 2014 Auto expo when they released Pulsar SS400 & CS400. Last but not the least,  KTM RC series is on the verge of showing up its face on our shores. There are so many options and variety in the market. Things could not have been better for us motorcycle lovers. 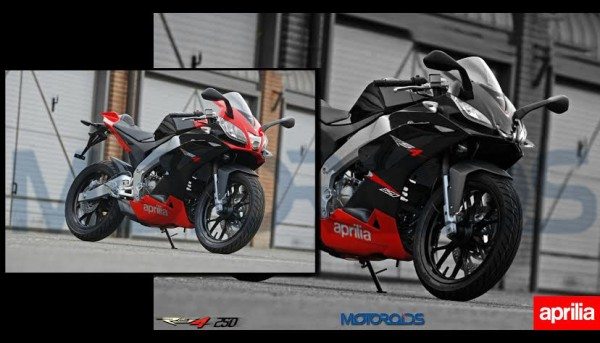 So one day I had a thought that why can’t some other manufacturer too create a modern 250 cc 4 stroke bike and spoil us more with choices. The name that came to my mind was Aprilia. I always had a soft spot for their Flagship superbike RSV4. The bike has been designed on the lines of their 250cc 2 stroke GP bike. It is one of the most beautiful bikes in the world, not to mention that marvelous v4 engine powering it. Coming back to small bikes, Aprilia used to produce 2 stroke bikes like RS125 & RS250. 2 strokes were almost becoming extinct so what Italian manufacturer did, they brought a 4 stroke 125 cc bike which they named RS4 125. The bike was totally designed on the lines of 1000cc RSV4. It started as my imagination that Aprilia can easily make a 250/300cc motorcycle in future which could spice up things against Japanese bikes that have been famous in this category. We can very well see what KTM has done. They have shaken up things in India although I am aware its major credit goes to Bajaj too for buying the stake in KTM and manufacturing it here. Aprilia can think of following a CKD route. So it is an idea which I want to share with you readers.  I worked very hard on the rendered image. The idea & thought was to further sharpen the lines of the existing 125 cc bike. Hope you would like it.“

We so subscribe to Harkamal’s views and the Aprilia RS4 250cc motorcycle is surely a dream we so want to turn into reality!