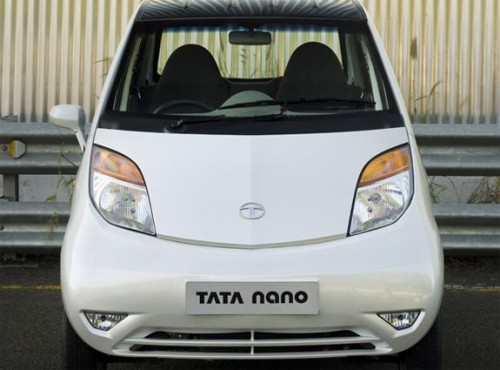 The Nano on flames problem doesn’t seem to have any intention to cool down after a Tata Nano burst into flames on the streets of Anand, Gujarat. The car belonged to the wife of an Insurance company employee. The car was being driven by Hafsa Mohd Iqbal Kathadi’s husband who works at an insurance company in Gujarat.

Hafsa’s husband was driving along with four of his friends. They spotted smoke at the rear of the car when they reached Krishna road after which they halted to check the car. As per reports, the car burst into flames and was engulfed in it. Tata Motors has already found itself in the midst of a problem after the sales of India’s cheapest car dropped down. This is not the first time that a Nano has caught fire and thus, this adds more loss to the image of the Tata Nano thus giving Tata Motors a tough time.