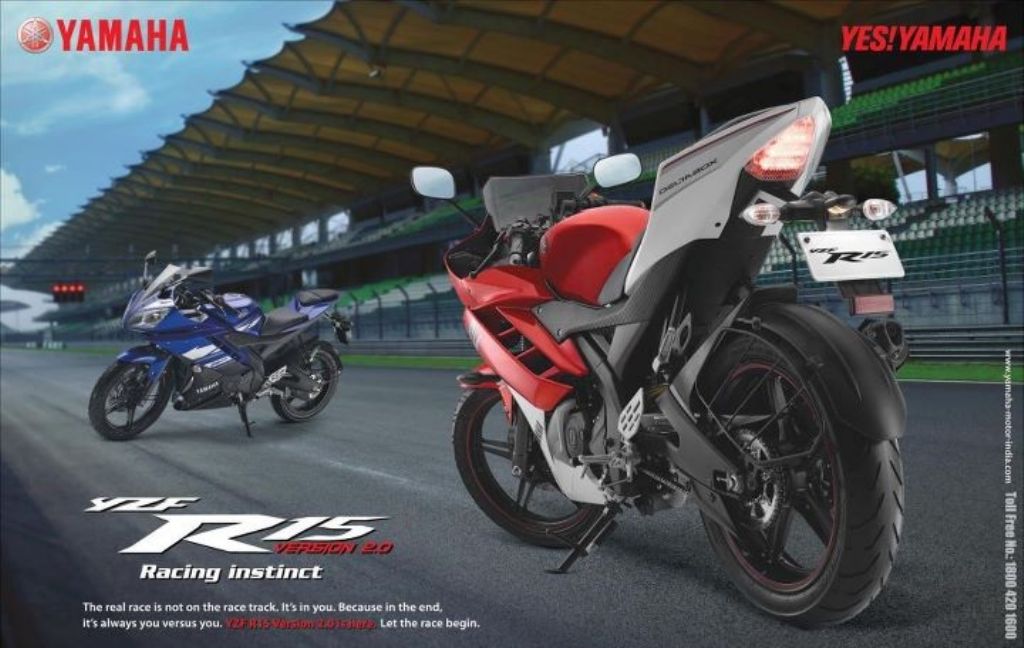 ‘The real race is not on the track. It’s in you. Because in the end, it’s always you versus you. YZF R15 Version 2.0 is here. Let the race begin.’ This is what the new print ad for the Yamaha R15 Version 2 says. This official ad with the first ever official image of the new motorcycle emerged of Facebook a while ago.

A bit earlier, we brought to you a few leaked images of the new R15. However, this image is an official one. The R15 Version 2.0 sports an LED tail lamp and a broader rear tyre. A newly designed alloy wheel has made its way to the new motorcycle. The bike now is a tad higher at the rear and also sports a split seat. The front seems to be relatively unchanged. That’s all for now, but stay tuned as we get you more of this very much awaited machine.