Home Ducati Another Ducati Unveiled at EICMA, Here Is the Diavel 1260

If the Devil rode a bike, it surely would have been the Ducati Diavel. This dark monster has broken the conventional design norm of a cruiser. I remember when I first saw the bike on the road, I was taken aback, sure I had seen pictures of it before but they could not prepare me for that sighting on the road. This year at the EICMA, Ducati unveiled the new Diavel 1260, taking this mad cruiser to the next level. Worry not, the insanity of the looks have not gone, the bike looks as evil as it does before if not better. The Diavel 1260 would be sold in two variants, a standard and an S. 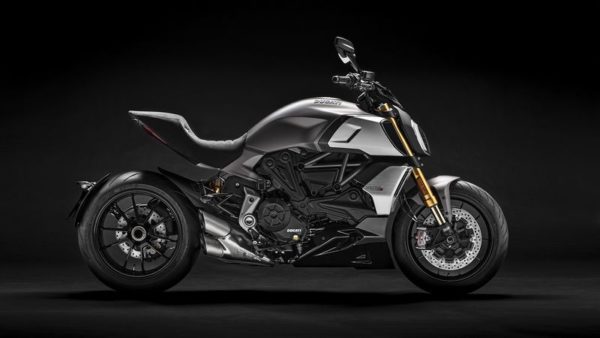 The trellis frame on this bike uses the engine as a stressed member, the frame attaches to both the cylinder heads of the twin cylinder motor. The Motor is a new, 1,262 cc, liquid-cooled motor with the 2 cylinders in a V arrangement. The bike produces 159 hp at 9,500 rpm and 129 Nm of torque at 7,500 rpm. The frame is suspended by an upside-down fork in the front and an adjustable monoshock at the rear, both supplied by Öhlins. Anchorage duties are done by Brembo brakes, dual 320 mm discs in the front and 265 mm single disc at the rear. 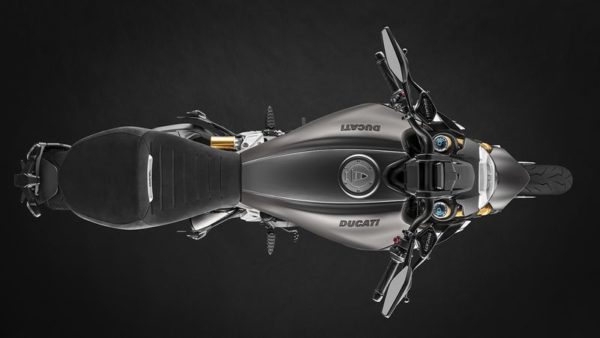 Electronic aids like traction control, wheelie control and cornering ABS, the traction control and wheelie control offer you 8 different levels of settings. The bike also gets three riding modes – Sport, Touring and Urban, each having their own engine map. A colour TFT display, hands free ignition and cruise control is offered as standard, while the S variant gets Bluetooth connectivity and LED lighting. The S variant also gets a different wheel design, distinguishing it from the standard variant. Expected to launch in the second half of 2019, this bike would be priced at a small premium over the existing Diavel which has an Ex-Showroom price tag of INR 16.10 Lakh.