Mahindra owned design house, Pininfarina recently unveiled their new, all-electric hypercar, the Battista. Anand Mahindra could not be any prouder when he shared a picture of the car on the famous social networking website, Twitter. Quite a humorous man, Anand Mahindra is known for his witty replies to people on this social platform. A gentleman asked Mr Mahindra a question we all Indians ask when discussing anything about car, ‘Kitna deti hai?’ Well that is a question which a buyer of a $2 million, all-electric car buyer is very unlikely to ask but Mr Mahindra gave a hilarious reply, ‘Sirji, electric hai.. Shock deti hai!’ 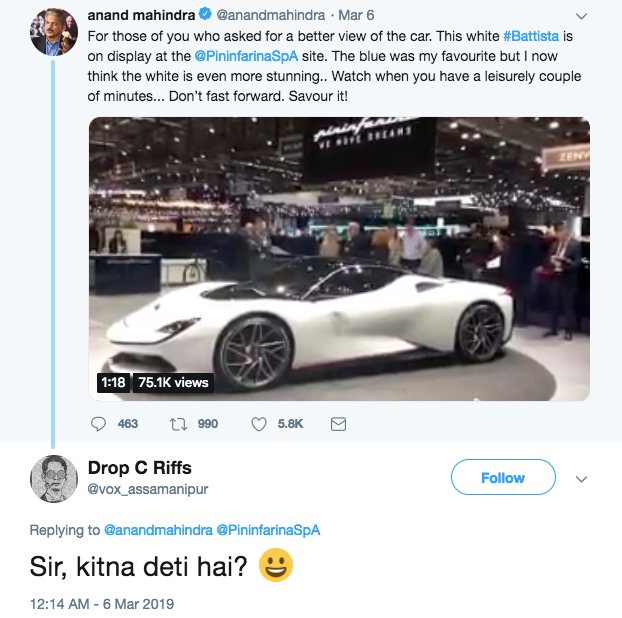 With a limited production run of 150 units only, the Battista has a combined power output of 1,900 hp and 2,300 Nm. These numbers are achieved by a total of 4 individual motors powered by a 120 kWh lithium battery which can run for 450 km before having a need to recharge. A complex torque vectoring system combined with 5-driving modes will keep the colossal amount of power in check. The car can reach a speed of 100 kmph in less than 2 seconds while 300 kmph is claimed to be achieved in under 12 seconds. 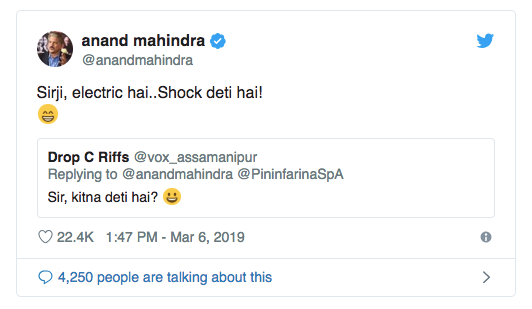 Electric cars do not produce the sort of sound you would expect from a car which looks like this but Pininfarina has worked to ensure that the Battista sounds natural and not something which has the vocals of an electric device. Elements like the HVAC system and the resonance of the carbon chassis along with wind noise and airflow have been tweaked to make the right sound every time the car zips through on the road. 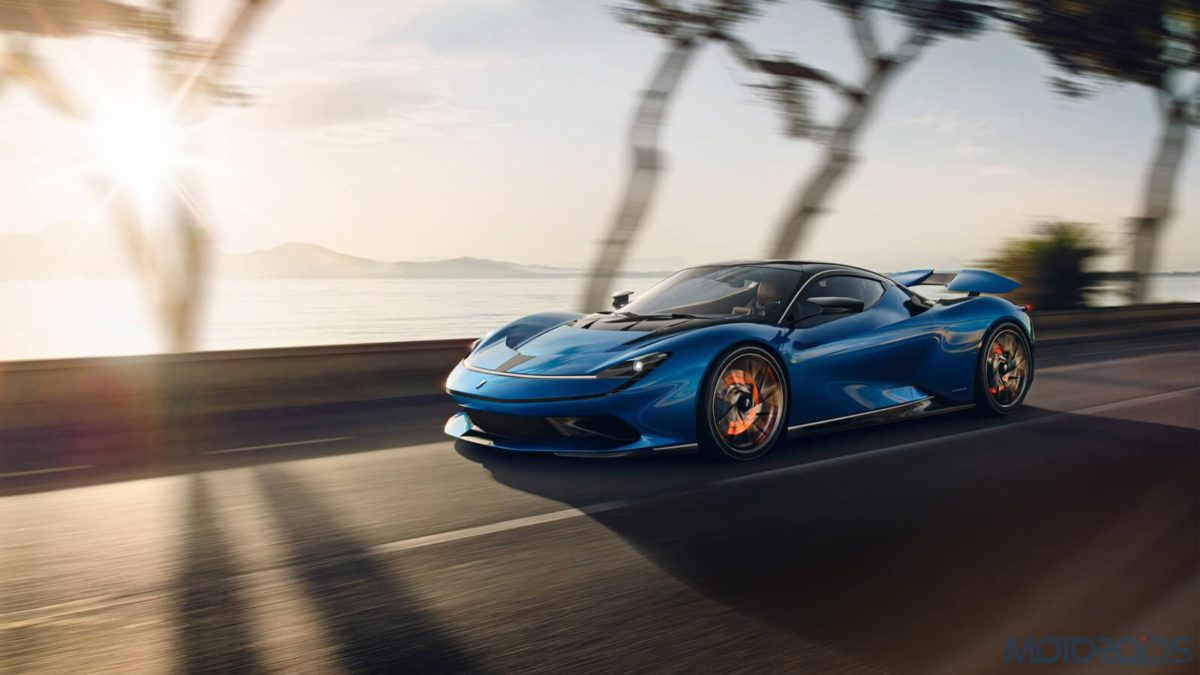 The car looks marvellous from the inside as well as the outside, while making sure that it looks as much as a normal, petrol-powered car as possible. Extensive use of lightweight materials including carbon fibre helped the engineers to keep the weight below the 2-tonne mark including the heavy battery pack. Deliveries of the 150 bespoke cars will commence from the year 2020 which marks 90 years of the Pininfarina brand. Stay tuned for more updates on this electric hypercar and do have a look at some images of this wonderful car.