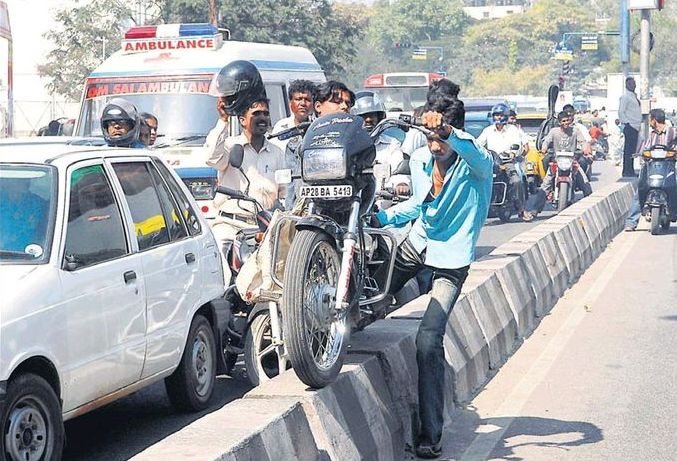 The government has decided to overhaul the provisions in the Indian Motor Vehicle Act to make the roads safer, with stricter penalties on defaulters. One of the most important amendments to the Act is a penalty of 1 lakh rupees and/or imprisonment of upto 3 months if a car manufacturers supplies a faulty car. The new provision will make carmakers liable for faults in their vehicles.

On experiencing a fault with any of his car’s parts, a consumer will now be able to file a complaint with the state transport authority. The authorities will take action depending on the nature of the complaint, and the findings of a team of experts.
This is just one of the 30 new amendments that would be made to the Motor Vehicle Act of 1988. O6ther changes will bring stricter penalties for speeders, drunken drivers and mobile phone users. Not wearing helmet, which currently makes you poorer by 100 rupees, will cost Rs 1000, ditto for using mobile phones while driving.

All that sounds good in theory, but it remains to be seen how the government implements this law. We are of the view that the very basis of motoring laws in this country is a big farce, and the government doesn’t do its duty well while issuing licenses. If you hand a ‘license to kill’ to an eighth grade failure, who cannot tell zebra crossing from a railway crossing, you cannot expect responsible behavior on the roads. Driving license should not be as easy to get as it is right now – those who get it should earn it, and not have it delivered at home by paying a few grand to the agent. The issuance of driving licenses happen only if the applicant knows all the traffic rules by heart, and shows a willingness to follow them while being taken out for a trial by the testing officer. Car control is another thing which the applicants should be thoroughly tested for. Most drivers in India cannot parallel park a car, this goes to show how much in control they are of their vehicles.

Sure, bigger penalties will be a deterrent for people not obeying traffic laws. However, this will also arm the odd traffic hawaldar with the power to bully the ignorant villager, who was issues a driving license by an ignorant government into paying a bigger bribe. The government, in all probability should makes its own system more efficient and compliant before going after the common man, who is already way too harassed and distressed.
The government has decided to make 30 amendments to the Motor Vehicle Act of 1988, making penalties more stringent
Motor vehicle Act amendments, New traffic penalties, new traffic laws, 2011 traffic penalties amendments.