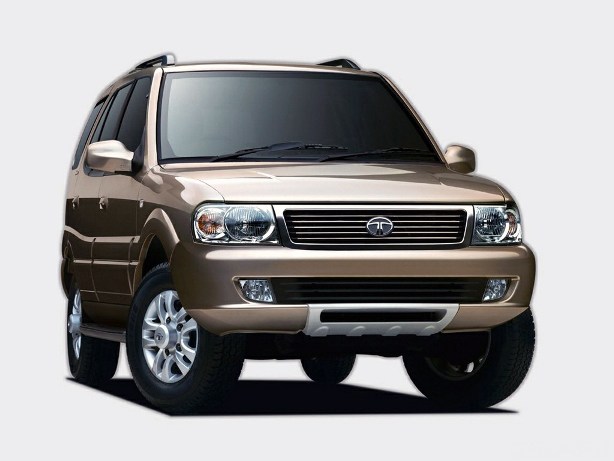 With billions of dollars worth of money stashed away in their Swiss bank accounts, the politicians, builders and other industrialists of this country are feeling increasingly paranoid. No wonder they are looking for a vehicle that could shield them from a bunch of gangsters who would love to abduct them for a small share of their worth. Tata Motors seem of have identified a business opportunity here, so they have launched an armored version of their popular Safari SUV.

Although priced at a hefty 60 lakh rupees, the bullet proof Safari is still one of the most affordable security vehicles in India. Very frankly, any price is small if it prevents a bullet piercing through your brain and this Tata vehicle is capable of shielding you from bullets as vicious as those fired from an AK47 assault rifle. Apart from this, the armored SUV can also withstand a hand grenade explosion beneath its running board without letting the fuel tank, and thus the occupants being impacted in any way.

In technical terms, this reinforced Safari has got NIJ Level III/B6 rating of security. It can run on flat tyres for 50km at a speed ranging from 50-60km/h. The glass area is capable of resisting an attack from assault rifles such as the AK47. The suspension of the car has been specially upgraded to take the added load of heavy armor. The armored Safari can do a top speed of 150km/h. There wont be any visual differences in the bullet proof version from the standard version.

This is the first time Tata Motors are making available such a specialty vehicle for the common public, with a facility to be ordered directly to the manufacturer. The company has been making such vehicles for the Indian forces.