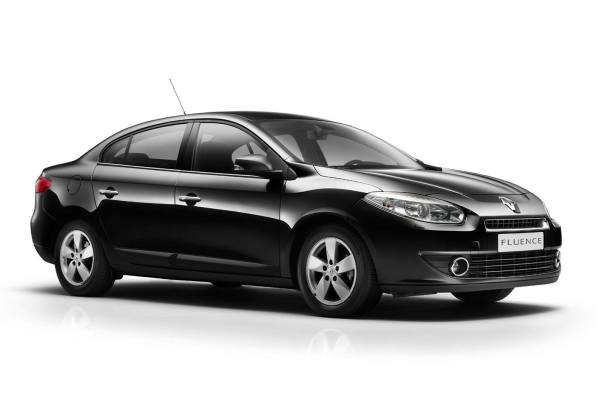 Renault India has never made any bones about the fact that they are planning to launch the Fluence sedan and the Koleos crossover here. Motoroids also managed to shoot an exclusive spy video of the Fluence sedan when the car was testing in Chennai. Now Renault India has put up the details of the two cars officially on their Indian site. The site now features the crossover and the sedan with a few pictures and some text on the cars. Here’s what the site has to say about the two vehicles.

Renault Fluence’s chassis delivers an efficient, comfortable and enjoyable ride. The aim of Renault’s engineers was to combine steering and handling precision with minimal noise and vibrations. Fluence’s front suspension features MacPherson-type struts with rectangular lower arms, while the rear incorporates a programmed-deflection flexible beam.
Renault Fluence also benefits from a particularly effective braking system, with large discs that provide both outstanding stopping power and durability. The electric power steering combines precise driver feedback with quick, accurate response to instructions from the wheel. It is easy to use and feels completely natural.

Engines that combine punch with fuel economy, Fluence will be available in  both petrol & Diesel versions

A simple yet elegantly styled interior

In the cabin, the airy facia design incorporates taut, uncluttered lines that are complemented by the sweep of the dashboard trim strip. Essential driving functions and useful accessories all fall easily to hand.
They are concentrated around the steeringwheel and centre console with a view to freeing up as much space as possible and to making the car even more user-friendly.

Boasting the comfort of a sedan, the spaciousness of an MPV, and the abilities of a 4×4, Koleos is a real multi-tasker! Its compact exterior dimensions and sporty styling make it a natural in the city, while its four wheel drive transmission, off-road functions and hill descent control make it the ideal partner for adventure.

Koleos’ precise steering, impressive stability and dynamic qualities make it a pleasure to drive on roads and highways. Drivers sit high up with a commanding view of the road. All the main controls are within easy reach on the ergonomic dashboard. And the 6-speed manual gearbox has a responsive, sedan-like feel.

Koleos is ideally equipped for leisure activities. For transporting bikes, it has an “easy fold” function to fold the rear bench down from the trunk. The resulting load area triples in size and is perfectly flat. For easier loading, Koleos has a split-opening tailgate, able to carry objects over one meter wide.
Koleos is a natural adventurer with its all-roader chassis, developed by the Renault Nissan Alliance. It also boasts top-level active and passive safety equipment, reflected in its 5-star score in EuroNCAP tests. Koleos drivers can be as bold as they like… in total safety.

Here’s a link to the official site: https://www.renault.co.in/range.html