The tremendous growth in the adventure motorcycling genre in our country is proof that people really want to go out there and experience the outdoors on a capable motorcycle. Feeding this bug further is the new Benelli TRK 502 – a full-size adventure motorcycle which has been launched in India at a tempting price. Available in two variants, a road-friendly 502 and a more capable 502X, this Benelli has placed itself in the right spot for the kind of money it asks. While we’re yet to ride and tell you if it’s really a great bargain or otherwise, let’s take a look at everything this imposing motorcycle has to offer. 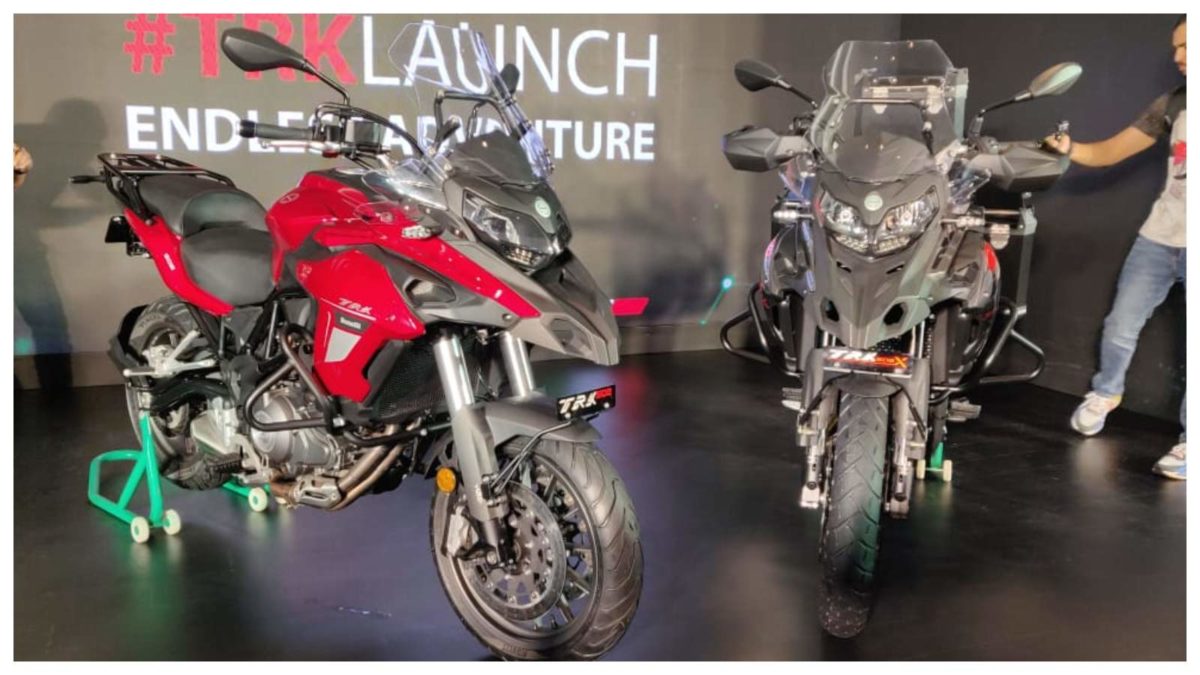 The Benelli TRK 502 is a proper, full-size motorcycle which will look just at home in the company of more expensive things from Europe and Japan. Adventure motorcycles are more functional than trying to win any beauty contests, but if there was one, the TRK 502 will definitely qualify.

You don’t get things like LED headlights or an adjustable windscreen, but considering the fact that things which offer such things ask for a lot more, it is acceptable. The bike will be sold in 3 colour options – Red, White and Graphite Grey.

Powering both variants of the Benelli TRK 502 is a fuel-injected, 500cc, parallel-twin, 4-stroke, liquid cooled, 4-valves/cylinder, DOHC engine. Nestled inside a trellis frame, it is good for 47.5 PS @ 8,500 rpm and 46Nm @ 6,000 rpm, all channelled via a 6-speed gearbox. The motorcycle tips the scales at 210 kilos (dry) and there are no riding modes or fancy electronics at work here, just your wrist and the throttle. With a 20-litre fuel tank, this Benelli is right up there with its 650cc class Japanese rivals in terms of capacity.

So the TRK 502 gets 50mm USD front forks which cannot be adjusted, however, the rear spring can be tweaked for rebound and pre-load. Twin 320 mm discs and a 260 mm single unit at the back help with braking and the system is governed by a 2-channel ABS system which can be switched off. The front wheel on the 502X is a 19-inch spoked rim and is wrapped in Metzeler Tourance 110/80 rubber.

The rider’s footpegs on both motorcycles get removable rubber inserts which will definitely help during slippery conditions and off the road. There’s a 10W USB charger next to the tank, the brake lever is adjustable, while the clutch lever isn’t. The instrument cluster is semi-analogue and does get a shift light too. We found the mirrors to be tiny in size just by the looks of it though.

Panniers and a top box are optional extras and the pillion seat did appear wide enough for a comfortable two-up long ride. Both motorcycles get a metal bash plate to protect the engine. The 502X gets knuckle guards and an upswept exhaust in comparison to the 502, which gets a centrally-placed exhaust system.

Price and Everything Else

The two bikes have been priced at INR 5.0 lakh and INR 5.4 lakh respectively and are ready to be booked online and at your nearest Benelli dealer. Deliveries will begin in the next 60 days and Benelli plans to ramp up their network to up to 45 outlets by the end of 2019. Prices for these two motorcycles are introductory and could go up once the demand is on the rise.

Benelli will also create TRK riding groups for owners of these motorcycles and pay special attention to the after-sales experience. The new partners of Benelli in India have over 30 years of experience in managing outlets for brands like Mercedes-Benz among many others and we expect that to reflect when you walk into a Benelli outlet now. The brand has plans to introduce as many as 5 new modes this year and next up is the Leoncino, which will be introduced in both, road-spec and on/off road variants.