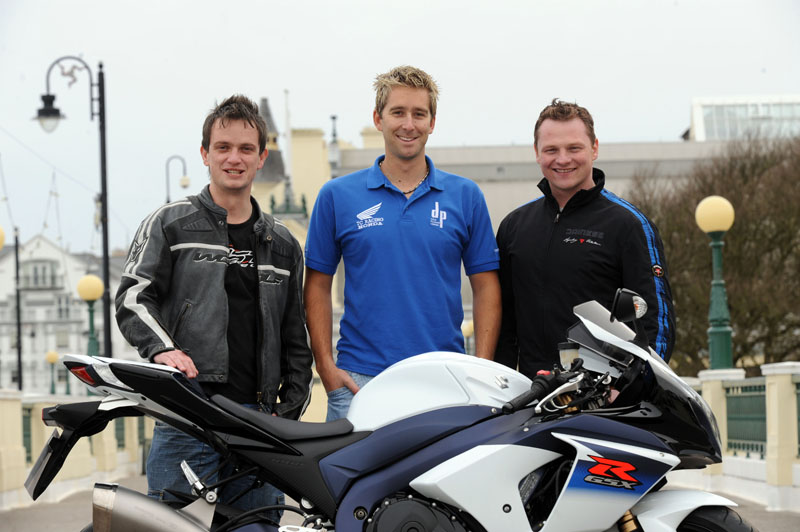 The recruitment of new talent has been one of the undoubted success stories in the Isle of Man TT’s recent history with numerous recent newcomers going on to take wins and rostrums and this year will be no exception.

2010 sees a new group of newcomers, all intent on following in the footsteps of some of the stars of today and all of whom have tremendous road racing experience, particularly at British Championship level, and the majority of whom are under the age of 30 and keen to have an extensive TT career.

It’s easy to forget that the likes of Guy Martin, Cameron Donald, Conor Cummins and Steve Plater made their Mountain Course debuts in 2004, 2005, 2006 and 2007 respectively whilst that period has also seen Keith Amor and Gary Johnson tackle the famous 37 and ¾ mile Mountain Course for the first time. All of the afore named have taken podiums in a short space of time with Plater and Donald already double winners and Plater and Cummins are amongst just three riders to officially break the magical 130mph barrier. It doesn’t end there with James Hillier, William Dunlop, Mark Buckley and Ian Mackman all having recorded top ten finishes with Les Shand, Mark Miller and Jimmy Moore also impressing. Last year saw Steve Mercer and Ben Wylie both impress and sure to improve further in 2010 whilst the same can also be said of impressive European stars Luis Carreira, Michal Dokoupil and Rico Penzkofer.

South African rider Hudson Kennaugh is, arguably, the leading name on this year’s list having finished runner-up in the 2008 British Supersport Championship and fifth in that year’s World Championship round at Brands Hatch whilst Stephen Thompson has long been a leading contender at both the Macau Grand Prix and North West 200. The Northern Ireland rider has also been a long time fixture in the British Superstock Championship and that’s where Daniel Hegarty, Kenny Gilbertson and James Hurrell have all starred in recent years. The trio, all under the age of 25, have regularly featured in the top ten with Gilbertson having a podium finish beside his name and all three are exciting youngsters whose progress at the TT will be eagerly watched. Meanwhile, David Jones will be one of the youngest riders on the grid, the 21-year having finished in solid fifth place in last year’s British Supersport Cup.

An interesting entry was received from Gary May, one of Britain’s leading 250cc riders at the end of the 90’s and MRO Champion as recently as 2006, the Berkshire rider having also excelled on four-stroke machinery in the last decade, whilst Irish Superbike Champion Brian McCormack finally gets to make his debut after being forced to miss out twelve months ago. There’s further overseas representation with Australian ace David Johnson, the Adelaide rider having commenced his UK career back in 2002 against Cal Crutchlow, Tom Sykes, Craig Jones and a certain Guy Martin in the Juniorstock Championship whilst recent years have seen him frequently picking up points in the formidable British Superbike Championship. Swiss rider Herve Ganther, a former star of the European Superstock Championship, will be bringing his Honda Switzerland machines with him whilst Clinton Pienaar is one of South Africa’s most highly respected, and successful, riders so it’s clear to see the lure of the TT is continuing to reach all corners of the globe.