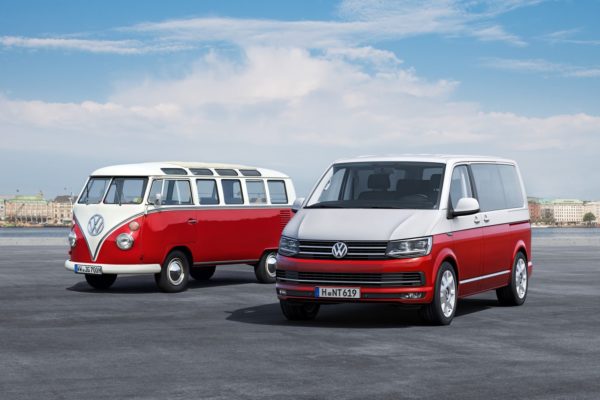 Don’t let the above image fool you. VW’s all-new T6 Transporter Van isn’t the legendary Microbus’s spiritual successor. By a decent stretch of imagination, however, and clothed in a new two-tone paintwork finish, it’s not hard to be possessed by a strong visual throwback. 65 years and around 12 million deliveries after the first model called the Type 2 rolled off the production line in 1950, the new T6 is here with a smartened up exterior, new features and a completely new generation of 2.0-liter TDI diesel engines. As with all of its predecessors, the new 2016 VW T6 Transporter will be made both for commercial and recreational (passenger) use, with VW to offer different varieties of the van. 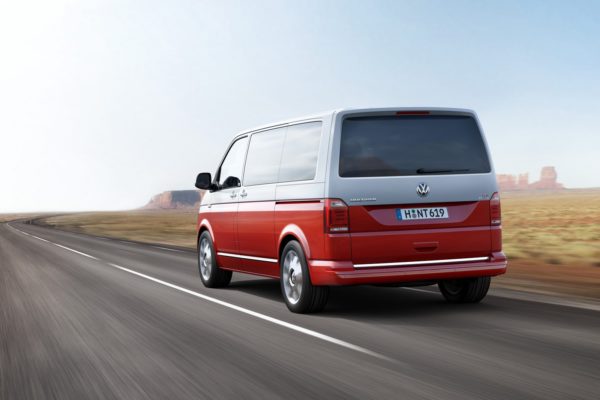 On the outside, the lines have gotten sharper than the T5, while details like the LED headlamps and rear lights have now been implemented, all of which were previewed by 2014’s Tristar concept. The refreshed interior looks cosseting, while the infotainment system with the 6.6-inch center console screen is a new addition. The equipment list spawns a new heated windscreen, an electrically operated tailgate, Front Assist area monitoring system, adaptive cruise control (‘ACC’) and the new adaptive chassis control system called Dynamic Cruise Control (DCC) that offers three driving modes – comfort, normal and sport. 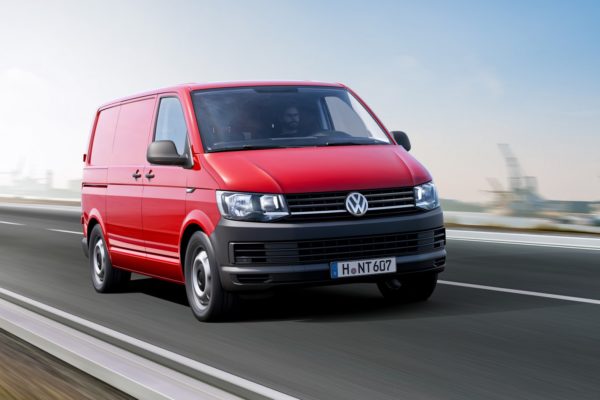 The new generation of 2.0-liter TDI diesel engines are EU6 complaint, and is offered with four variants with outputs ranging from 83 hp to 201 hp, while a 2.0-liter turbocharged petrol engine is offered in two states of tune with 148 hp or 201 hp. To commemorate the launch of the new T6, VW will offer a limited edition named “Generation SIX” based on the Multivan Comfortline passenger model featuring LED lights, a chrome package, a choice of four two-tone paintwork finishes with matching interior elements, 18-inch “Disc” alloy wheels, two-tone Alcantara interior and a flurry of standard comfort and safety features.