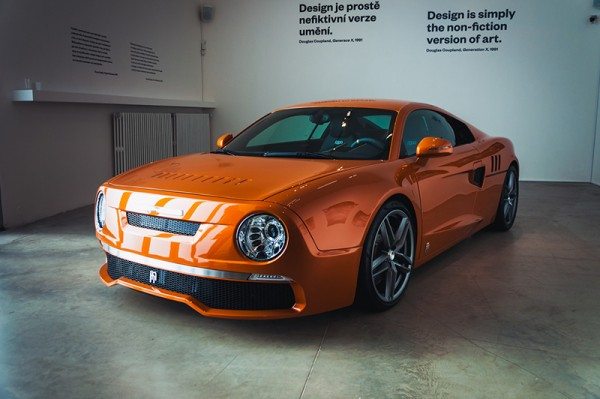 Yes, it’s got headlights that won’t be out of place on a modern Bentley.

Scroll back your calendar by 40 years to the year 1975, because that was when the first Skoda 130 RS appeared on the horizon. Fast-forward two years to 1977, the 130 RS had won that year’s Monte Carlo Rally in the 1300 cc category. Skip four years and in 1981, the little Skoda had seeked victory in that year’s European Touring Car Championship. Now a little intro to this car; It had a 1.3-litre rear-mounted engine that made almost 140 hp and came with a dry-sump lubrication system to better handle grueling racing environments and driving. The power was fed to the rear wheels and the Skoda 130 RS could hit a top speed of 220 km/h. 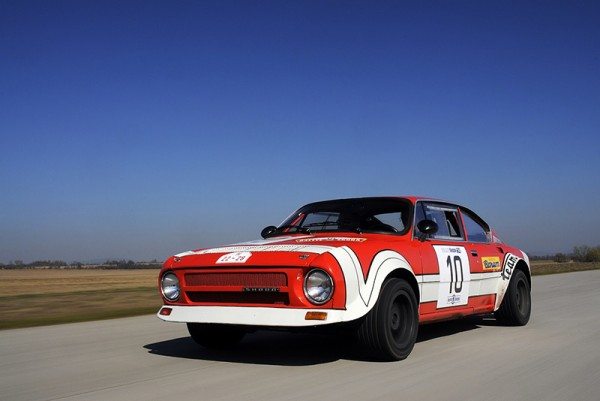 In 2015, over three decades later and on the 40th anniversary of the RS, the name has been resurrected by a Czech designer fellow who goes by the name of Petr Novák. He (and we presume some more enthusiasts) have brought back the glory of the old Skoda racer and this time, with a ‘little’ help from Audi and Hoffman Metal. 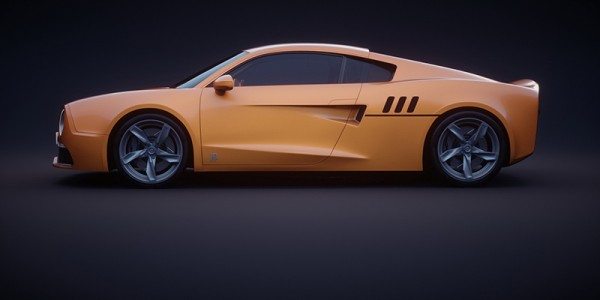 Audi fanboys will quickly notice the R8 wheels and wing mirrors, among other cues.

Underpinning this Skoda RS clothing is the first gen Audi R8, which came with a direct-injection 4.2-litre naturally-aspirated V8 and was good for 430 bhp and 430 Nm of torque. The engine is mated to a slick 6-speed manual gearbox with the power from the V8 being sent to all four corners via the Quattro AWD system. The R8 V8 could make the dash from 0-100 km/h in 4.6 secs and could go on to a top speed of 300 km/h. With the power and performance of the R8 V8 sorted, the designer and builders of the R200 Non-Fiction seem to have done their work par excellence. Of course, one could argue that the former bit (design of the R200) is a tad bit controversial. However, great looks wasn’t part of this creation’s deal to begin with. 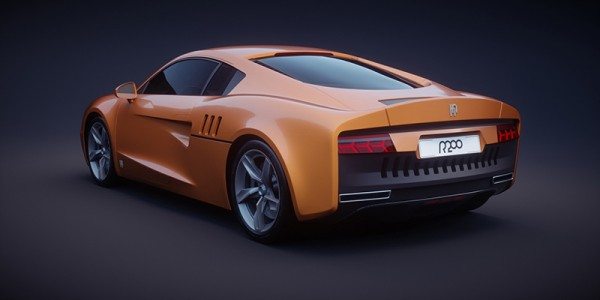 Hoffman have done a great job of metalwork on the R200, no shoddy build issues here.

Development of the R200 Non-Fiction apparently took 18 months and we reckon not much of that was devoted to styling, even the headlights on the R200 seems to have been nicked from a Bentley warehouse. Not very surprising as Metal Hoffman have worked with carmakers such as VW and Bentley, among some others. Another non-eyebrow raising fact is the seemingly commendable fit and finish of various panels and bodywork on the Aluminium built Non-Fiction. This is mostly attributable to Hoffman’s experience with metalworks. 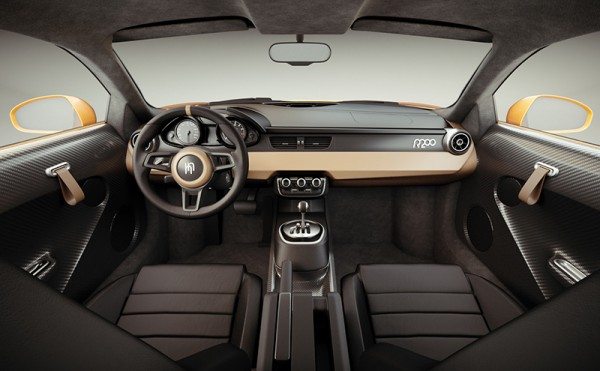 The cabin seems spartan, but has oodles of carbon-fibre and aluminium.

Apart from the “R200” badging and the “Hoffman” logo on the steering wheel, the rest of the cabin seems very low-key. There don’t even seem to be any carpets and the door handles have been replaced by some “pull to open” fabric thing. It seems like the makers of this car wanted the owners to become all nostalgic by the flooding of memories from the ’70s and ’80s. 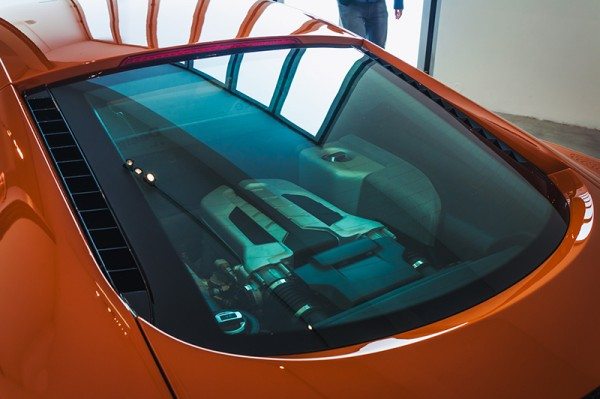 The gorgeous 4.2-litre engine has been left unaltered. We are totally OK with that.

The R200 Non-Fiction will be showcased at the DOX Center for Contemporary Art in Prague, Czech Republic. If online reports are true, this car will enter limited production early next year. Thanks to the meticulous work that’s gone behind making this Skaudi (our nickname for the R200), it will possibly cost its owners at least €255,000 (appx. INR 1.7 crore). Not too bad a price, considering that only two or so will be made each month and the total wouldn’t exceed 24 cars.