Since India developed an insatiable taste for SUVs, there’s one available now for nearly every budget. Manufacturers have ensured that choices are ample, but a large chunk of the action is now moving towards the C-SUV space, where the newly-launched Hyundai Creta is stirring things up, even during these unusual times.

In terms of sales for June 2020, the feature-packed SUV was only behind the Maruti Alto. Leading the chart for SUVs, the Creta clocked 7,207 units in sales, just a few units behind Maruti’s budget hatchback, which clocked 7,298 units. In terms of bookings for June 2020, the SUV had clocked 14,825 units. For the same month, Hyundai also topped the charts as the No.1 player in the SUV space, where the Creta and Venue together clocked 11,336 units in sales. 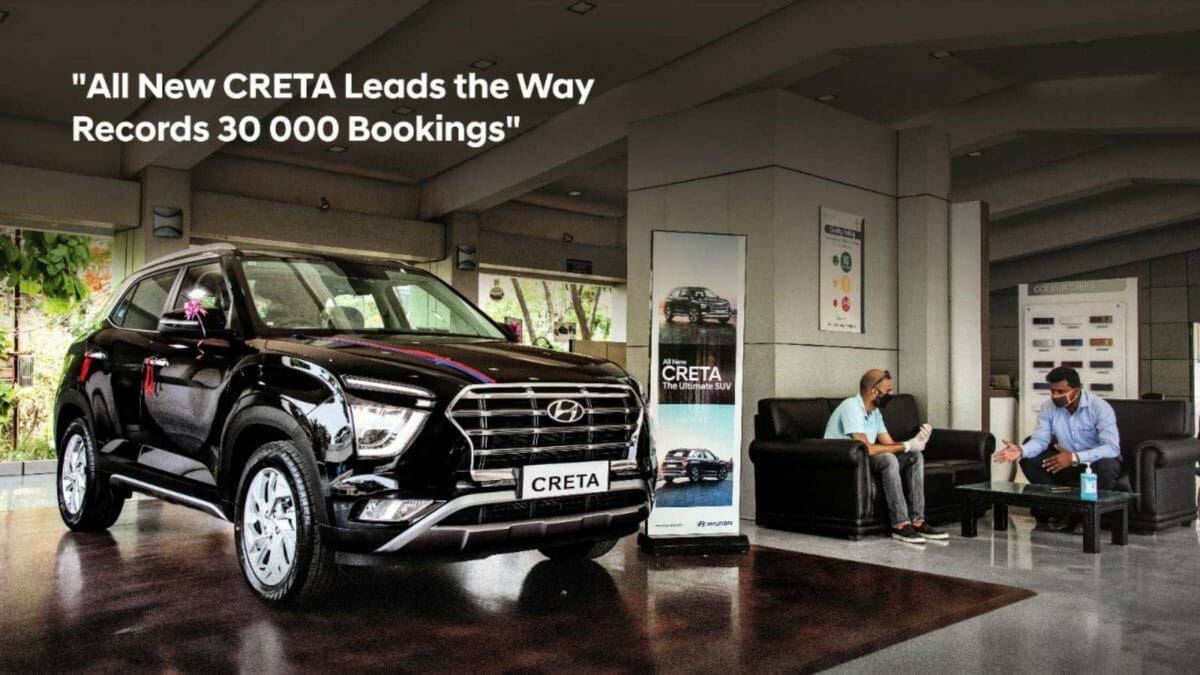 Since it was introduced in March 2020, the all-new Creta has managed to topple its cousin, the Kia Seltos from the throne for the segment and has regained its original position with the new-gen model. Going forward, an extended version of the Creta could be introduced, as it has finally been spotted testing in India. What could be called ‘Alcazar’, the bigger Creta will come fitted with a third row of seats and compete against the likes of the Tata Gravitas and the MG Hector Plus.

There are 5 trims to choose from – E, EX, S, SX and SX (O). The base variant E includes driver and passenger airbags as standard accompanied by ABS and EBD. Bi-functional projector headlamps and LED positioning lamps are offered as standard fitment too. Top-spec trims are fully-loaded with all the kit that one would expect from a vehicle of this segment and then some. Prices for the new Creta start at 9.99 lakh ex-showroom and for the top-spec SX (O) variant, go up to 17.2 lakh ex-showroom.