Update: These images are NOT from India, but from Pakistan. Uploaded by Facebook page Honda CG 125, these leaked images are from a private preview of the new Honda Civic in Pakistan, and not from Honda’s Rajasthan plant, as was incorrectly mentioned in the earlier source. 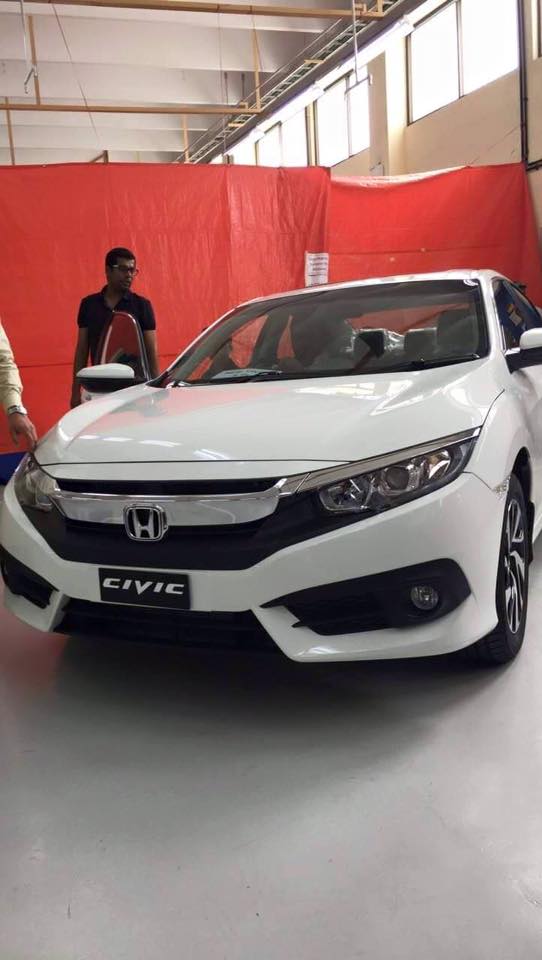 Adding fuel to rumours that the Honda Civic will be re-launched here in India soon, an example from the current generation of the mid-size sedan has been spotted in India at Honda’s Rajasthan plant. The car is said to have been brought here for “research purposes”. After setting the trend for D-segment sedans and slaying competition consistently since 2006, the Civic was pulled off from the Indian production lines in 2012, owing to the segment’s demise due to the crossover invasion. 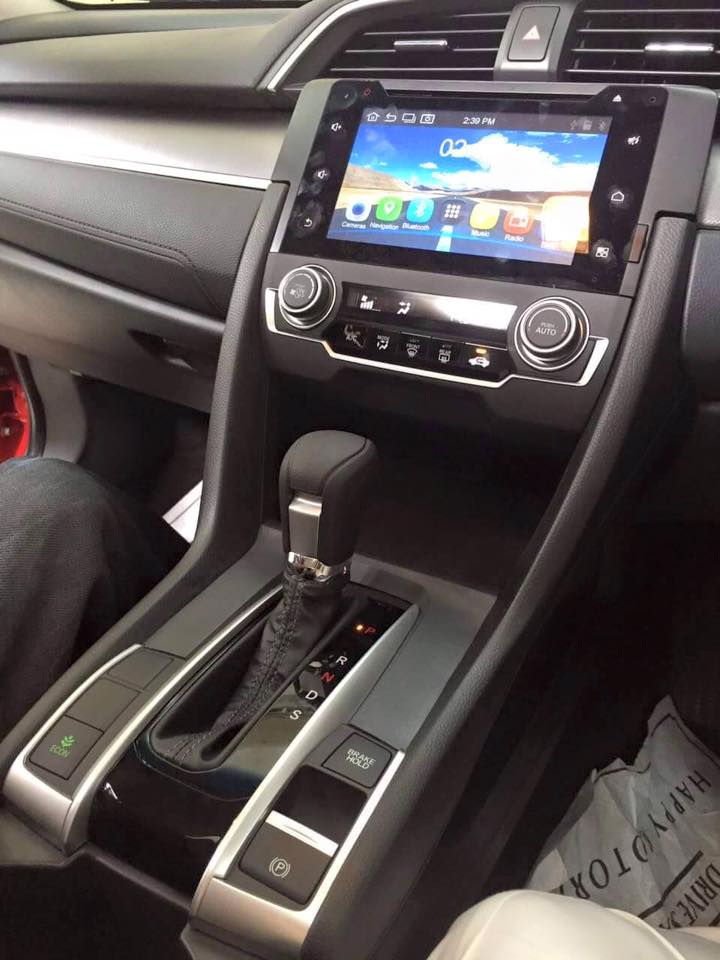 The new Honda Civic, now in its tenth generation now, is built around an all-new platform and gets all-new power-trains. Though not as radically styled as the ninth generation model that took India by storm, the new Civic is well styled. With optional LED headlamps, a chrome filled H-face, a coupe-like silhouette and boomerang-shaped LED tail lamps, the latest Civic is no ugly duckling. The interiors have also sobered up, with the highlight being a 7-inch touch-screen display equipped infotainment system which can be specified to run both Android Auto and Apple CarPlay.