The Concours d’Elegance at Pebble Beach has served as the stage for the unveiling of the BMW Concept Z4. The Concept Z4’s design study offers a look ahead to the series-production version of the car set to be unveiled over the course of next year. As you must’ve read in our previous report, the German roadster is being developed in partnership with Toyota.

The BMW Concept Z4 is designed to encapsulate the BMW Group’s vision of a modern roadster. The Concept adopts classical roadster design cues, such as a long wheelbase, a low-slung, stretched silhouette and a compact rear end, wraps them in a fresh package and enriches them with the modern BMW design language. A shorter bonnet and crisp overhangs ensure the driver sits closer to the centre of the car than in previous BMW roadsters. The large domes stretching out rearwards from the cabin integrate the function of rollover bars and provide a sporting conclusion to the low-to-the-road silhouette at the rear. 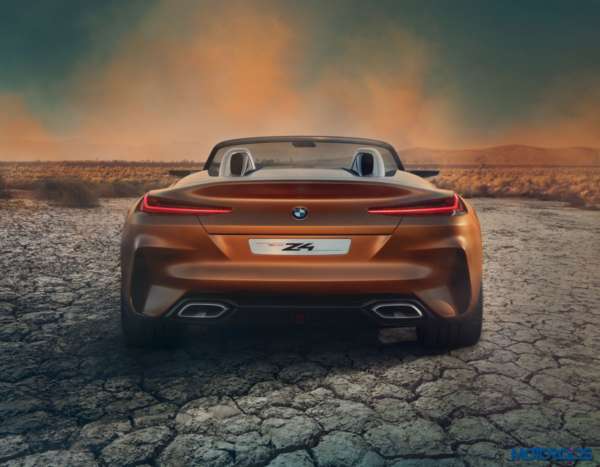 The shark nose at the front end spawns surface contouring that extends the full length of the flanks. The large Air Breathers rearwards of the front wheels act as the source of the flanks’ elaborately modelled surfaces. The aim was to make them appear to be shaped by the flow of air as it exits the Air Breathers. The surfaces is developed in a rising movement towards the rear, then twist to form muscular wheel arches. 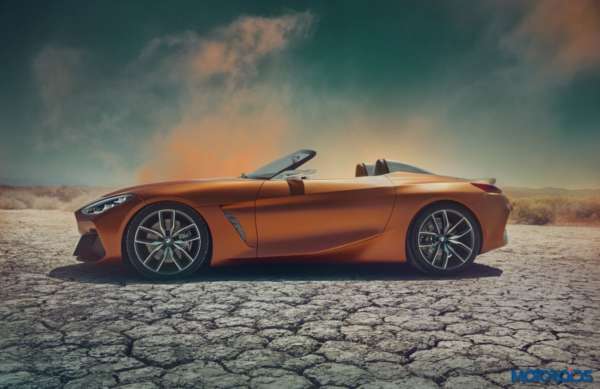 The low door sills makes the body appear closer to the road which is aimed to emphasize the low-slung sensation when viewing the car from the side. At the rear are a pair of sporty L-shaped tail lights. Above the rear lights, the boot lid – complete with prominent spoiler – stretches across to the wheel arch extensions. The carbon-fibre diffuser adds a sporty looks and signs off the rear end at its lowest point to the road. The Energetic Orange frozen exterior paint finish is aimed to showcase the contrasts of light and shade in the surfacing, accentuating the three-dimensionality of the exterior. 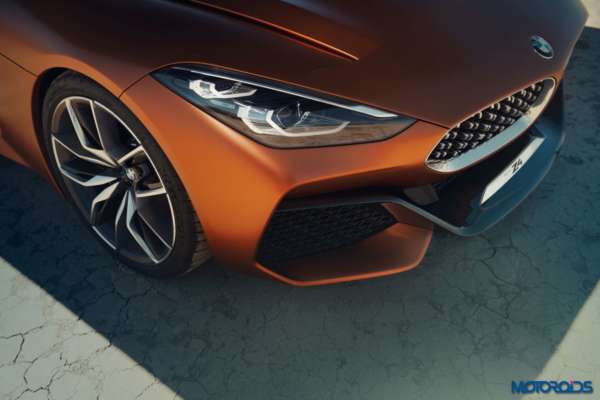 The low-set, broad kidney grille and the positioning of the headlights higher sparks deliberate associations with the BMW Z8. Instead of the customary bars, the inside of the kidney grille features a mesh design with vertical orientation that recalls the kidney design of early BMW roadsters such as the BMW 328 Mille Miglia. The Concept Z4 provides a vertical interpretation of the classical four-eyed headlight look, with two overlapping tubes on each side. The turn signal indicators point diagonally towards the kidneys from above and underline the dynamic flair of the front end. The clamshell bonnet with gill vents curves over the wheels. The concept was showcased with 20-inch light-alloy wheels in a bi-colour double-spoke design. 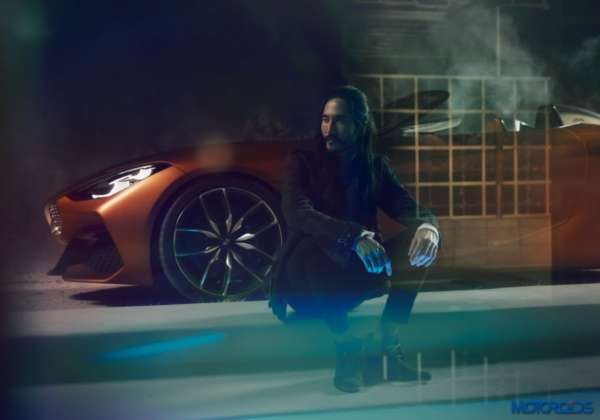 The front apron features trio of large air intakes. The large carbon-fibre insert in the central air intake is straight out of the motor sport playbook. Together, these design elements are aimed to compose a fresh face for the Concept Z4. 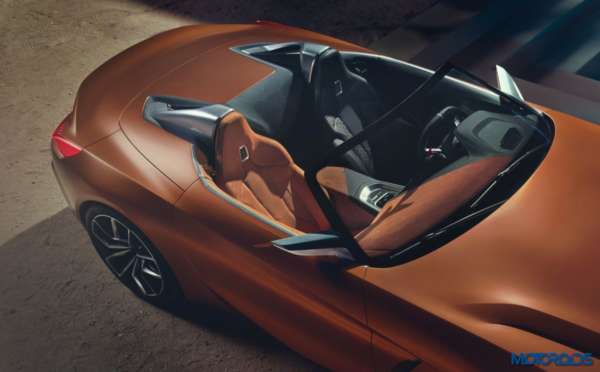 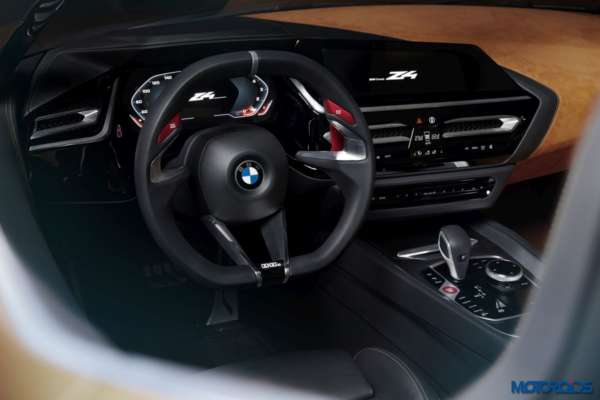 The instrument console and central information display form a cluster of screens that are integrated into the driver’s cockpit. The two displays are now positioned at almost the same height and in close proximity to one another. The driver can choose which elements they wish to call up (via touch command) from the content available in the information display – route guidance, playlists or other infotainment features. The Head-Up Display, placed above the instrument cluster, presents the key driving information within the driver’s direct field of view. 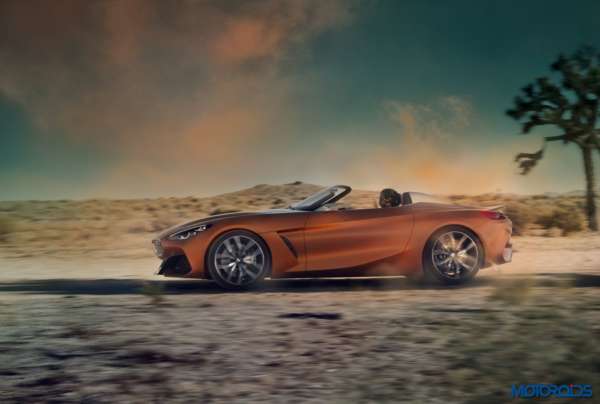 BMW has remained tight-lipped about the mechanical details. However, as reported earlier, the next gen Z4 is expected to arrive in three variants. The top-spec model will receive a turbocharged 3.0-litre straight six while the other two will come equipped with a turbocharged 2.0-litre inline-four engine, all of which would reportedly come mated to a manual transmission.

So expect to see the production ready Z4 roadster will most likely debut at the Geneva Motor Show.