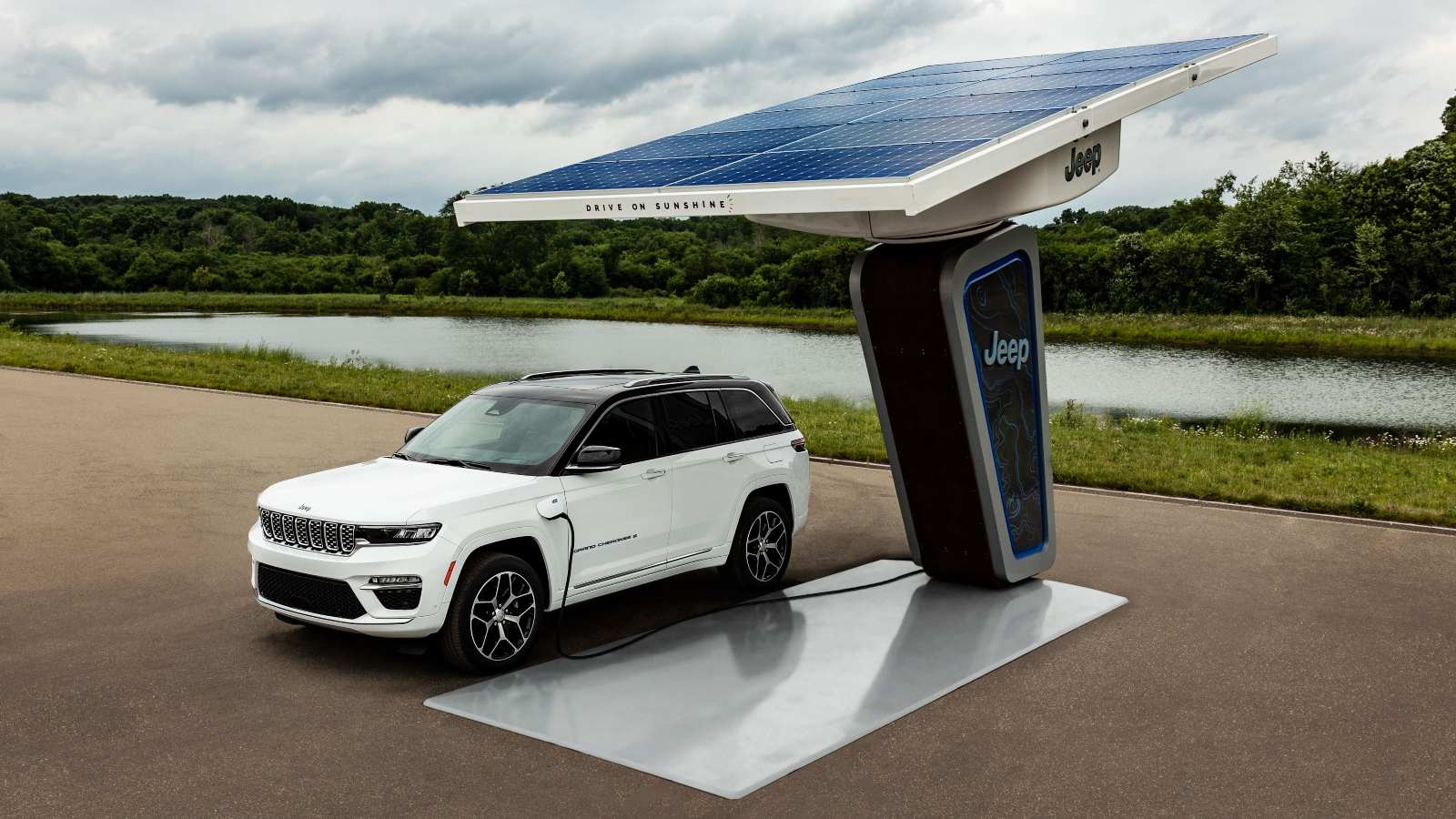 Stellantis Automobiles the parent company of Jeep and other well-known brands held the “Stellantis EV Day 2021” in Amsterdam yesterday. During the event Jeep in their presentation revealed the first images of the 2022 Grand Cherokee 4xe. Not only this, but Jeep also announced that it plans to have a zero-emission model in every SUV segment by 2025.  The Wagoneer and the Grand Wagoneer are next in line to get the 4xe treatment.

In addition to announcing its plans for an electrified future, Jeep showed the first official image of the new 2022 Jeep Grand Cherokee. This is the first time we can see the Grand Cherokee 4xe which features a shorter wheelbase and only two rows of seating. The fifth generation of the will be officially unveiled at the 2021 New York International Auto Show. Alongside the highly awarded SUV, the 2022 Grand Cherokee 4xe will make its debut as well. 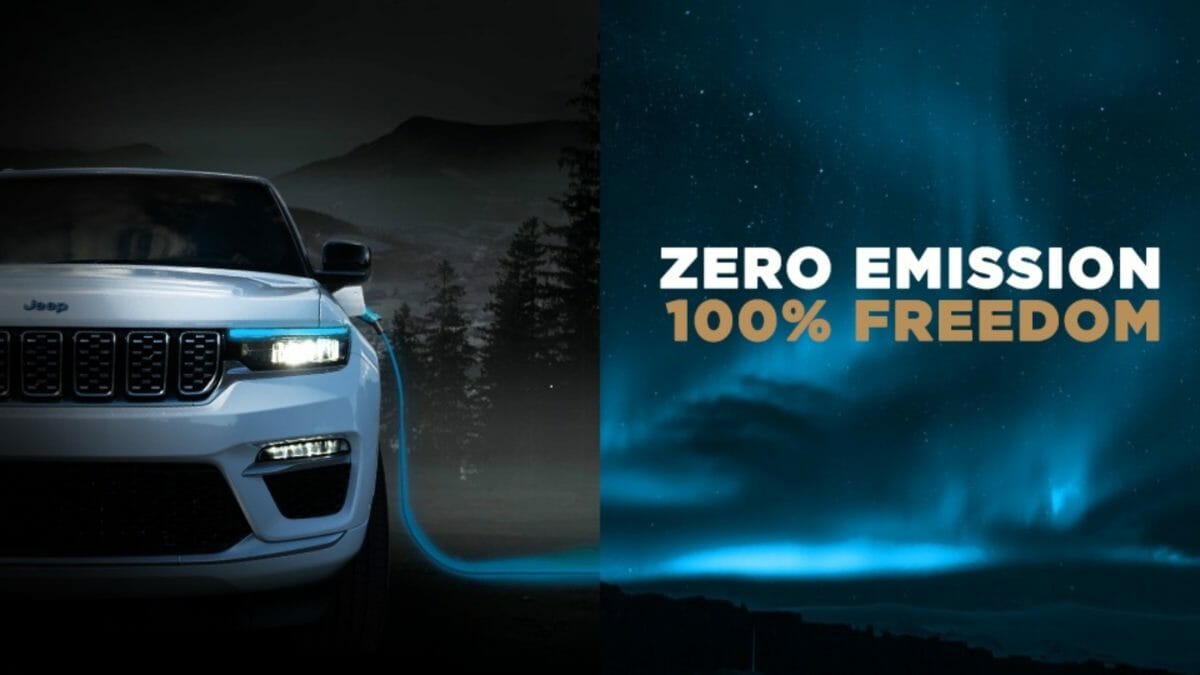 The Grand Cherokee 4xe is a plug-in hybrid electric SUV that follows the tracks of the 2021 Wrangler 4xe which is already on sale. The plug-in Wrangler perfectly blends off-roading abilities with an eco-friendly powertrain. The motor generates 375 hp power and 673 Nm torque. The battery pack has an all-electric range of 35 km and the fuel economy is a steady 20 kmpl. 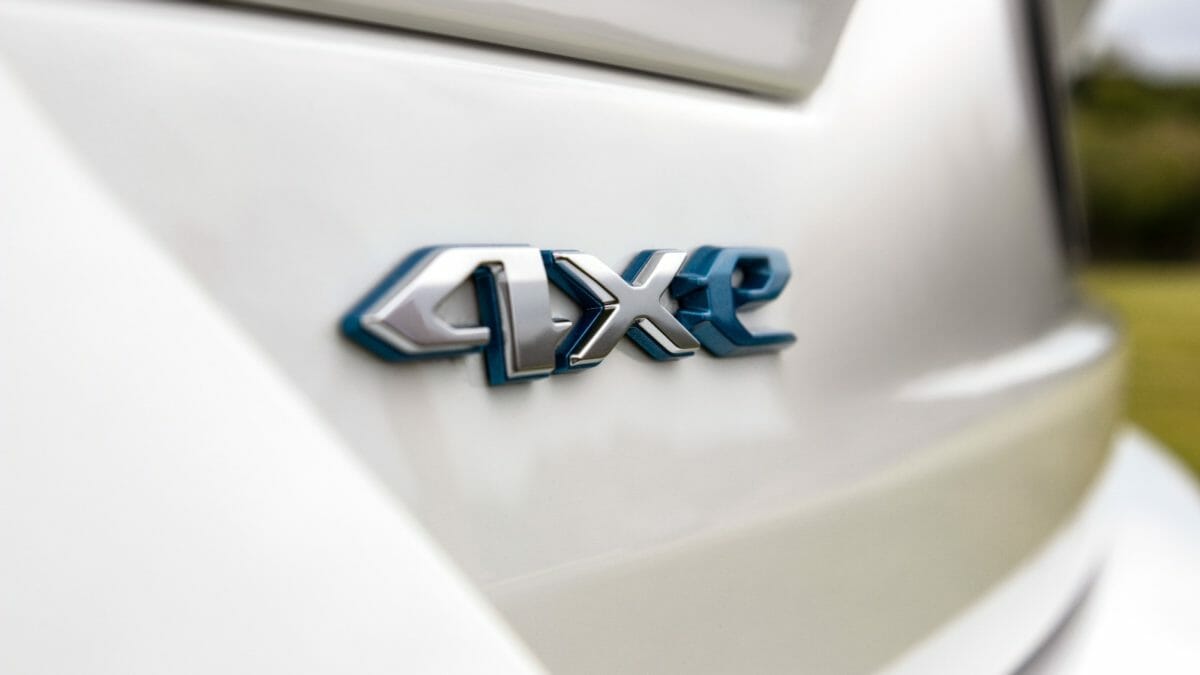 In a video posted on YouTube, Jeep brand CEO Christian Meunier not only promises an extended lineup of electrified models by 2025, but he also said the company is planning to install solar-powered charging stations to support off-roaders out on the trail. Besides that, a host of new features like drone launch and escort, face detection unlocking and autonomous off-roading are in the works to be implemented by 2030.