Home News After the ‘Talking’ Vento ad, here’s an ‘Edible’ ad by VW 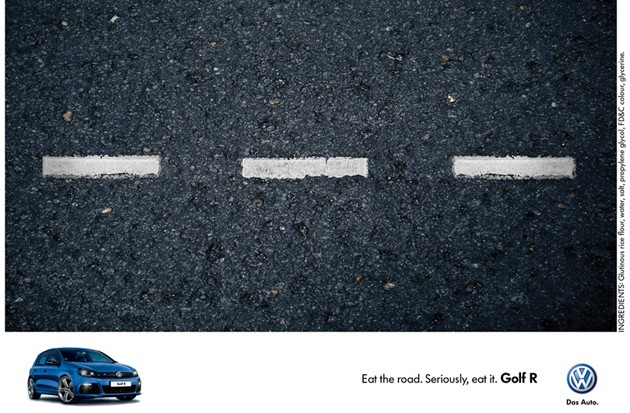 VW did something similarly crazy in India when they gave us our first talking ad for the Vento. Now, the German brand has gone a step further, and produced an ‘edible’ ad for the South African market. Why? Well they think that the ad depicts the Glof R’s capability to ‘eat the road’. Thus they want you to chew and swallow the road shown in the advert. The ad was places between the pages of South Africa’s Auto Trader magazine.

We don’t think the road shown in the ad would taste good, However, VW have revealed the ingredients of this piece of road which you and the Golf R can eat. Unlike your regulation piece of road, this one is made of glutinous rice flour, water, salt, propylene glycol FD&C color and glycerine