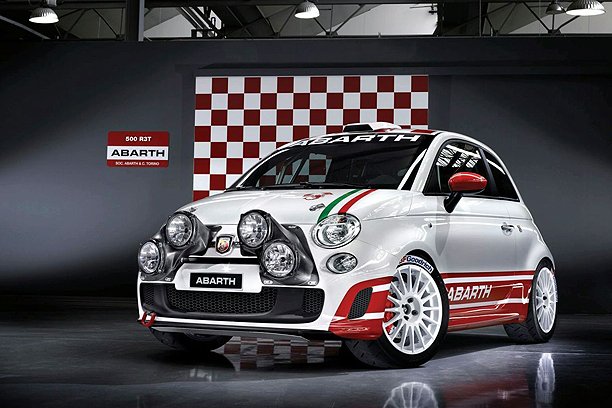 Abarth has revealed its new rally car based on the Fiat 500. The new rally car christened ‘Abarth 500 R3T’ will be seen in action at a one-make rallying trophy in 2010. With the launch of its 500 R3T Abarth has once again indulged in creating a rally car, an art with which it has been associated for over three decades .

The Abarth 500 R3T is powered by a 1368cc engine producing 180bhp courtesy of a fixed geometry Garrett GT 1446 turbo. It also comes equipped with a six speed sequential gearbox along with adjustable suspension all round and brake bias for the front/rear Brembo discs. A hydraulic hand brake is present to augment its rally characteristics. The car manages to weigh in at 1080kg inspite of conforming to FIA spec rally interiors complete with body integrated roll cage, seats which have harnesses at six points and other requisite safety needs.

The tag R3T signifies the group that the rally car will be homologated in. This group is for cars which powered by a engine having forced induction with maximum capacity of 1600cc. The racing schedule/calendar of the 2010 rallying trophy is expected to be announced later this year. 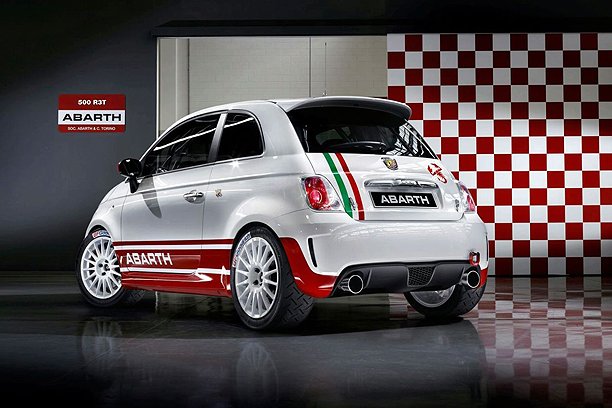