The Tata Tigor was recently given a facelift and production of the car is going on in full swing. Produced at the Sanand plant along with the Nano and Tiago hatchbacks, the plant also made the first electric Tigor. They recently rolled out their 5,00,000th vehicle out of the assembly line. It was a Facelift Tigor sedan, in an Egyptian blue shade. The Sanand plant is now at the maximum production capacity and rolls out 1,54,000 units annually. The plant has been operational for the past 8 years. 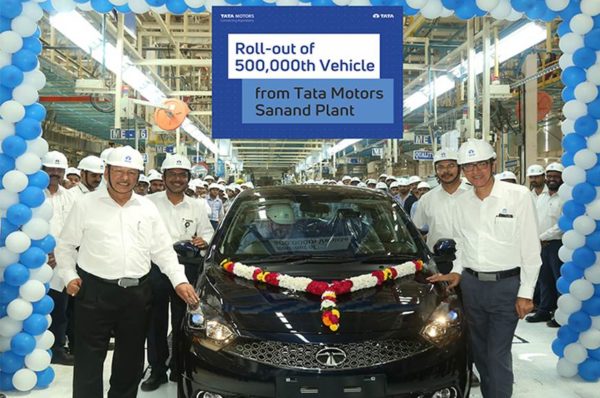 Commenting on the production milestone, Mayank Pareek, president, Passenger Vehicle Business Unit, Tata Motors said, “We, at Tata Motors, have been working aggressively towards our core strategy of Turnaround 2.0, aiming to ‘Win sustainably in PVs’. A lean manufacturing process plays a key role in our growth strategy enabling the Sanand plant to contribute around 60 per cent of the overall PV production. We are extremely proud of achieving this milestone within our planned timeline. This is the result of the hard work put in by our dedicated workforce. The plant has evolved to become a modern, state-of-the-art facility and is playing a pivotal role in meeting the aspirations of Tiago and Tigor customers.” 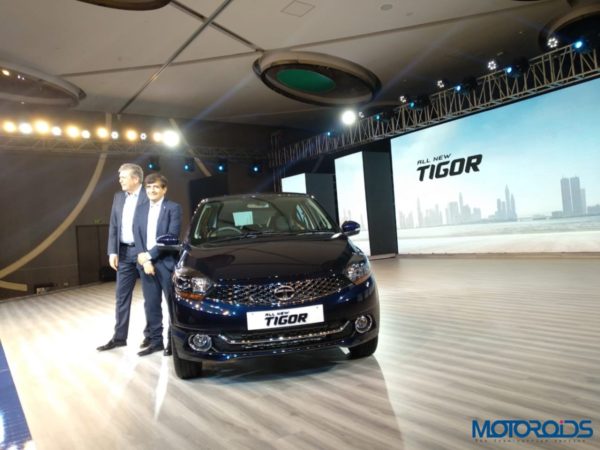 Satish Borwankar, executive director and COO, Tata Motors said, “The Sanand plant has evolved over the years. From being a single-model plant, Sanand has grown into a multi-model plant and is on a roll since the introduction of the Tiago. We have achieved WCQ Level 3 and the operational efficiencies are at a high. We are delighted to celebrate this milestone and my best wishes to the team for many more such feats.”  The Sanand plant is spread over 1,100 acres of land and produces the Nana, Tiago and Tigor. They also produce the 1.2-litre Revotron, 1.05-litre Revotorq, 624cc two-cylinder petrol motor and a naturally aspirated 1.2-litre petrol engine. Here is an image gallery of the recently launched Tigor facelift.