The Civic that we get here in India is the same model that is sold in Japan – or more commonly known on the interwebs as ‘JDM’. Now, there is an interesting development. The ‘Civic’ has mysteriously moved out from the Honda’s car line-up on Honda Japan’s website and found a place in the ‘archives’ section – where all the discontinued models from Honda reside. The 8th Gen Civic’s lifespan is documented to end this month. The only Civic model you’ll see on the website’s current car line-up now is the Hybrid. 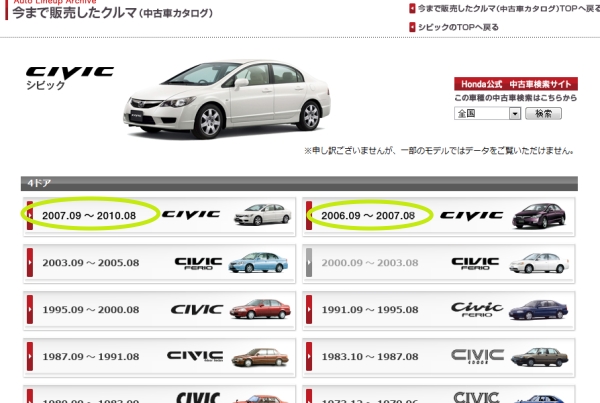 So that could mean only one thing. The 9th Generation Civic is coming soon, real soon! We are expecting a September 2010 unveiling of the JDM version of the 9th Gen. Civic which means it will be India bound by March-April 2011. The car’s hatchback version was caught testing a few weeks ago in Germany, the sedan variant however has been saving itself from the prying eyes of the spy photographers. The new Civic is expected to follow the stubbier form of the CR-Z and might not be as long as current model. It will however be an intelligent design and will pack as much or more space than the current Civic while being smaller in exterior dimensions – something similar to the current Honda City.