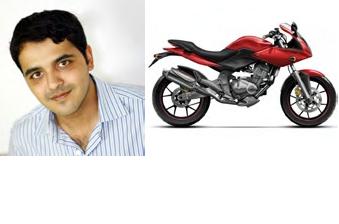 Ever since the bratty little Ninja started hogging the limelight, it quickly became the star of every Indian biker’s dreams. But Bajaj jolted us out of our lucid dream when it announced the heart-breaking price tag of 3 lakh rupees. Kwacker junior is not only India’s solitary 250cc twin, but it is also the best quarter-litre bike in the world. Kawasaki is the only manufacturer out of the ‘Japanese Big Four’ to have capitalized on the 250cc sport segment, and Bajaj knows that a ‘real’ rival is atleast a year away. Once the YZF R25, 250cc ‘blade or the Gixxer 250 arrive, all Bajaj has to do is drop the Ninja’s price to match the competitor’s.

Chances of getting our hands on a race-bred quarter-litre bike for anything below 2.5 lakh rupees look meek. But what if we are willing to compromise? What if, we are willing to settle for a bike which is 95% as good? I would be fine with carburetors instead of fuel injection, a simple unicorn-like monoshock instead of a complex link type unit, a sturdy tubular frame instead of a ‘deltabox’ (hell, even the Ninja 250 doesn’t have a ‘deltabox’). Especially, if such a bike could be mine for less than a lakh!

Let’s do a case study of the Pulsar 220 to get a perspective. The Pulsar 220 retails for 79 grand (On-Road, Pune). Now in theory if Bajaj were to chuck out the nice but expensive stuff like projected head-light, pilots, LED tail lamps, funky gauges, clip-ons and replace all this with crisp, conventional units that work almost as well, the price would easily drop by about 5 grand, which takes the tally to 74,000.

What the Pulsar needs in order to aspire to the Ninja is basically a stronger, well sorted chassis, a rear monoshock suspension and most importantly an extra cylinder. Earlier, the Pulsar 180 and the 200 ran different frames. The price difference between the two was six thousand rupees. Assuming that half of it was incurred for the chassis strengthening and the new swing-arm, the cost of a reasonably sorted and strengthened Pulsar 220 chassis should’t be more than Rs. 3000. The Unicorn sports a monoshock at the rear, but it is actually cheaper than its conventionally sprung step-siblings, the CBZ Xtreme and the Hunk. So a simple non-link type monoshock shouldn’t be very expensive. But owing to the rampant lack of monoshock ‘know-how’ prevalent in the market, lets allot another 3000 Rs. for it.

That still leaves a good 15 grand of our 95,000 rupee budget for the engine. As we have never had a twin-cylinder motorcycle in India, in recent history, we don’t really have a yardstick to compare it with. But hey, even the Nano comes with a 624 cc, two cylinder, 33 horsepower, and fuel injected engine. Not to forget a complete 4 wheeled, 4 seater, 4 door car along with it and all of that retails precisely for 1.44 lakh (on-road, Pune).Could it be so damn difficult to develop a quarter litre twin for 15 grand apiece development cost? Surely not.

Who’s up for the challenge? TVS? Honda? Yamaha? Suzuki? Anyone?