The eighth edition of the Audi twin cup witnessed participation of 33 Audi dealers from India. A total of 114 teams were formed, comprising of 301 Audi technicians and service advisors. Testing their technicians’ mettle every year, since the last 8 years in India, the Audi Twin Cup has been held worldwide, every year, since 1996. This competition witnesses participation from all members of the Audi dealer network spread across the world. This year, the Twin Cup saw Audi Bhubaneshwar take the win under the technology category and the newly introduced, in India, twin category. Audi Kolkata bagged the same honour under the service category. This competition is a way for Audi dealerships to improve and check on their after sales performance. The winning team from India will compete with around 70 teams from 38 countries at the World Finals in 2019 that will be held in Europe. 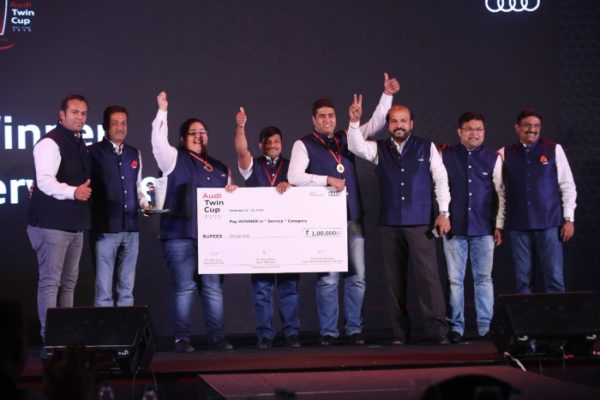 Audi India also performed well in the world finals of the international Audi Twin Cup in 2018. A team in the technology category which comprised of members from Audi Ludhiana, Audi Karnal and Audi Bangalore, secured 2nd position. Whereas, a team comprising members from Audi Bangalore, Audi Delhi South and Audi Mumbai South secured 5th place in the service category. The twin team too performed well and secured 5th place in the international competition which saw the participation of 67 teams from 34 countries. 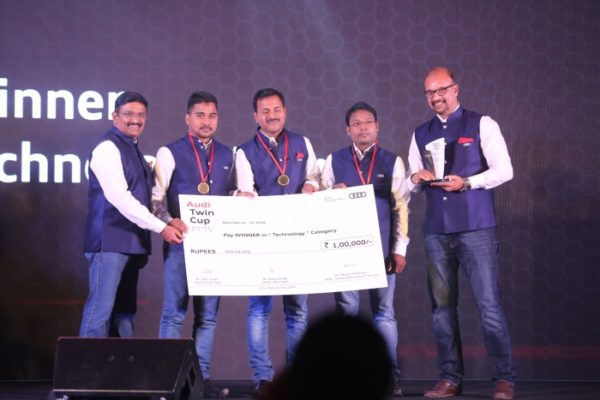 Speaking about this internal competition, which keeps Audi’s sevice team on their toes, with their best thinking caps on, to provide the ultimatea after sales experience to the customer, Mr. Rahil Ansari, Head, Audi India, said, “This year too, the competition had been fierce amongst the competing teams with an excellent demonstration of technical knowledge and service coordination. The competing teams achieve first-class results through optimal cooperation between service technicians in the workshop and service advisors interacting with the customer. The winners have to deliver on a framework moderated by AUDI AG validating that the Audi service in India is at par with other markets internationally. Audi India is committed to enhancing the ownership experience and ensuring that every touch point is managed in a way that’s relevant and meaningful to today’s customer.”