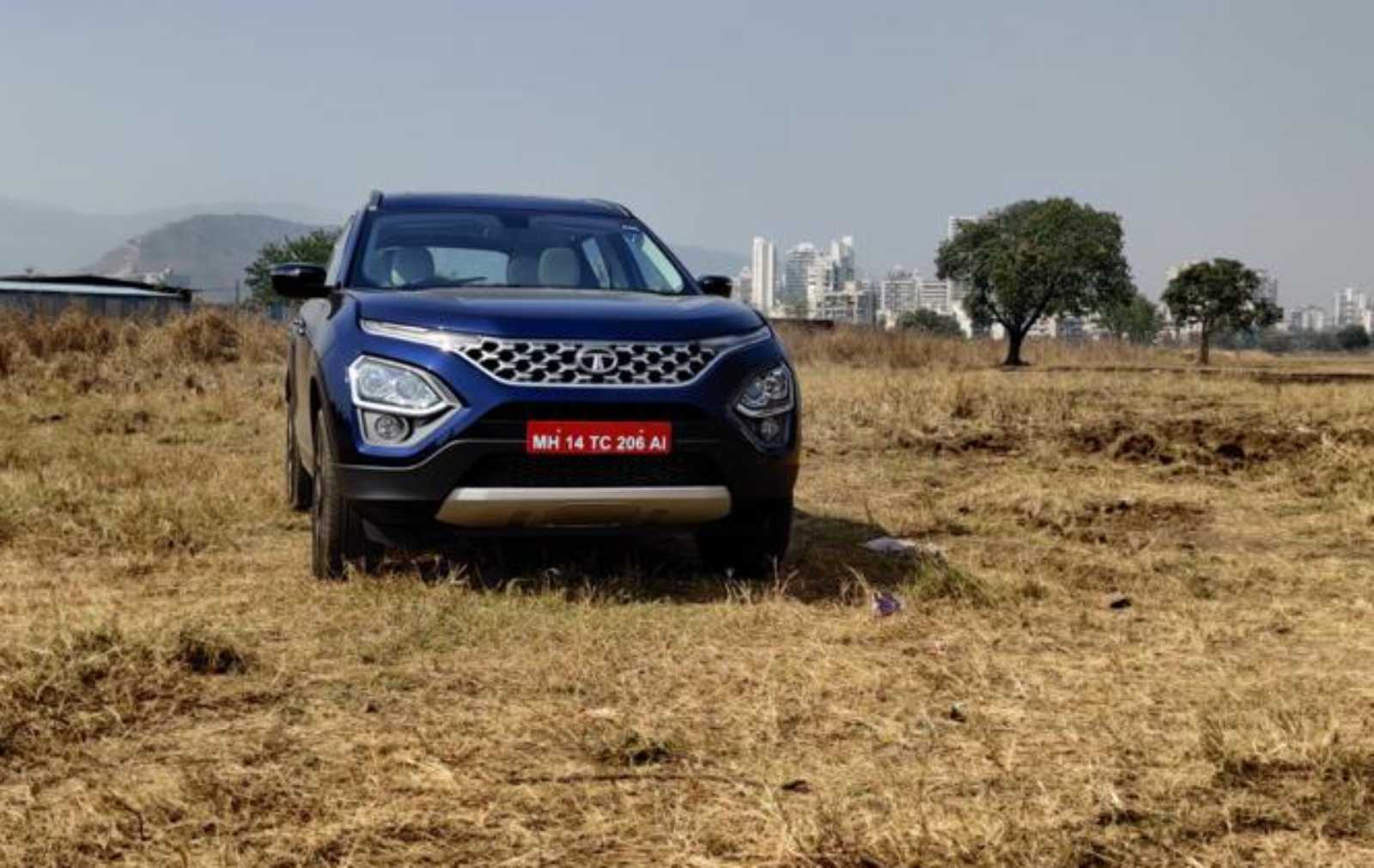 We live in a land of SUVs. Our roads are filled with them and knowing this, every manufacturer is dishing out SUVs which cater to our demands. Among the sea of SUVs that we have experienced over the years, only a select few of them have managed to invoke strong emotions. And among them is the Tata Safari. The legendary moniker is enough for automotive enthusiasts to tread down the memory lane. But you don’t need to do that anymore as Tata has rolled out its flagship SUV and has christened it ‘Safari’.

2021 Tata Safari’s journey has been a happening one. It started its journey as the Buzzard concept and later on, the company started calling it Gravitas. But then the pandemic happened and the Gravitas couldn’t see the light of the day. Fast forward to the end of 2020, Tata made it official that the Gravitas SUV will officially be called ‘Safari’. And this news pretty much broke the internet. 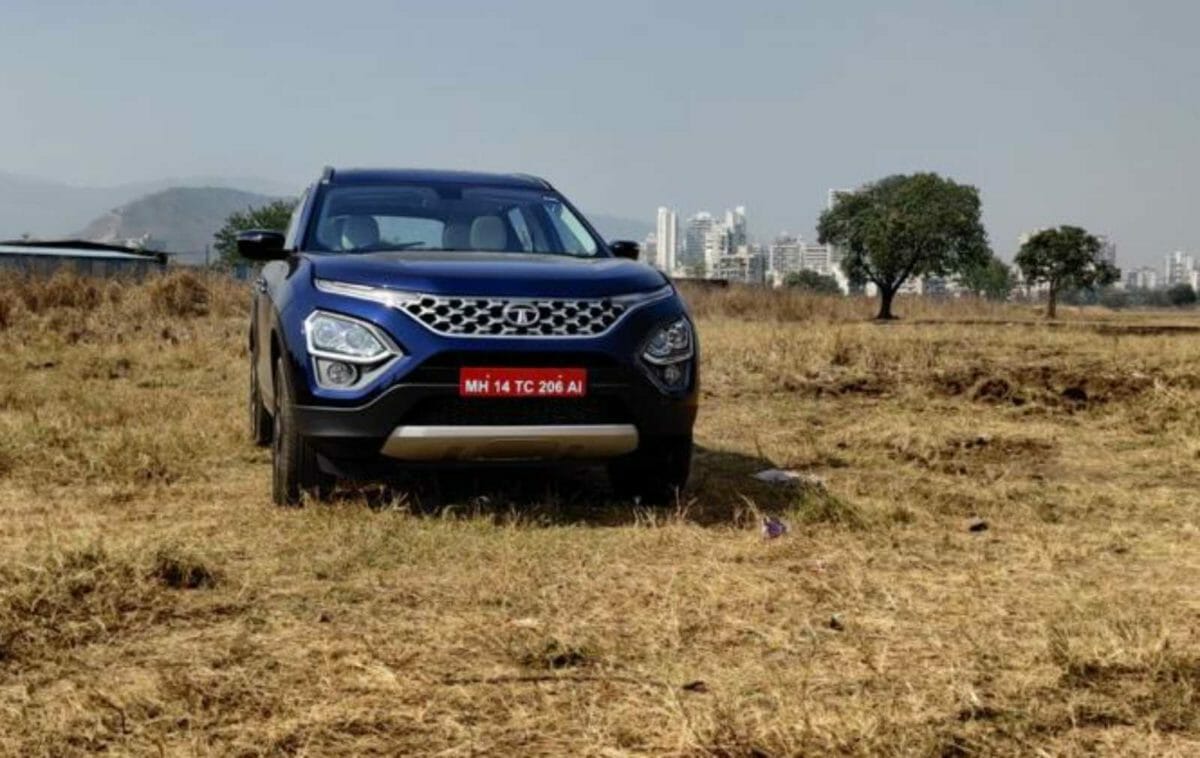 We finally got behind the wheel of the new Safari to find out everything about it. But, as it goes, it’s not an all-new vehicle and is more of an elongated version of the Harrier. So what’s the difference between the two? Is the 2021 Tata Safari worthy of the iconic moniker? Let us find out.

Coming to the visual changes first. The differences aren’t significant and are only a few to differentiate the Safari from the Harrier. It now gets a tri-arrow grille design and the front end now has some added bling in the form of chrome elements. The Safari is 63mm longer and 80mm higher than the Harrier. What generally happens in this case is, manufacturers tend to ruin a functioning design to carve out a 7-seater from their existing vehicle. But we are happy to report that this isn’t the case with the new Safari as it looks muscular and butch from every angle you look at it. Did we mention proportionate?

The side profile has some visual tweaks here and there too. But the biggest change comes in the form of bigger wheels. The Safari rides on 18-inchers while the Harrier has to make do with 17-inchers. Another prominent change is in the roof line, which now houses the signature Safari elements. The rear end too, looks familiar to the Harrier. It does get redesigned tail lamps and Safari badging at the rear.

One of the major questions that have been cropping up in our DMs is regarding the Safari’s seating. What basically happens in this case is, the last row remains good enough only for the children or for the relatives you hate. But in this case, Tata has pulled off a commendable job. Even if you push the captain seats completely backwards, there’s enough room that the passengers housed in the last row won’t complain about it. Safari’s third row is definitely better than the Hector Plus. What makes the third row even better is the convenient features Tata Motors has deployed. There are two USB sockets and utilitarian spaces that can become home for small things. The 6-seater version of the Safari is comparatively better than its 7-seater variant because the ingress and egress is easier because of the aisle.

Another major change over the Harrier is the revised cabin. The interiors now come draped in Oyster White shade accompanied with Ashwood grey panels. The fit and finish levels are better than the Harrier. The Safari now also comes with Tata’s connectivity system known as iRA. On the inside, it houses an 8.8” touch infotainment system with iRA that supports voice commands. It also gets e-parking brake, automatic climate control, 9-speaker JBL system, terrain response modes, ambient lighting powered driver’s seat etc.

Mechanically, the Safari is powered by the same 2.0L fiat sourced 4 cyl Kyrotec turbo diesel engine which puts out 170PS of peak power and 350Nm of peak torque. It is mated to a 6-speed manual or a 6-speed automatic gearbox unit. We had some complaints regarding the Harrier’s refinement levels in its very first iteration. Tata worked on the engine in its BS6 avatar and made it smoother. And now, in the Safari, the diesel mill feels even smoother than before. The mill manages to propel the Safari from nought to 100 in a shade over 11 seconds, which is respectable, given the generous proportions of the Safari. The overall driving experience, more or less, is the same as the Harrier. The only noticeable change is how the suspension behaves now. Tata Motors claims that it has reworked the Harrier’s suspension to make the Safari more pliant.

The Safari, despite its size, manages to impress with its fuel efficiency. At highway speeds, the Safari can extract around 19 kmpl while dealing with the urban elements, the fuel economy drops down to around 15-16 kmpl.

Despite being a fantastic 7-seater, the 2021 Tata Safari misses out on some key features, which, we believe, should have been a part of the package. There’s no wireless charger, front parking sensors or a 360-degree camera. Also, why, just why did Tata miss out on an option of providing AWD or 4WD? The Safari is a legendary moniker in the Indian automotive scenario and is etched in our minds as a true blue SUV. Now, in order for an SUV to be true blue, it should come with either of them, right? Tata could also have developed a new platform for the Safari.

So does this mean that the new Tata Safari is no good? Definitely not! If we think in that way, it makes for an excellent 7-seater SUV! It is loaded with features, has a potent engine and how can we unsee something so attractive yet so muscular? Despite the fact that it might get turned down by some people for not being a ‘real’ SUV but looks like Tata has another winner in their portfolio.