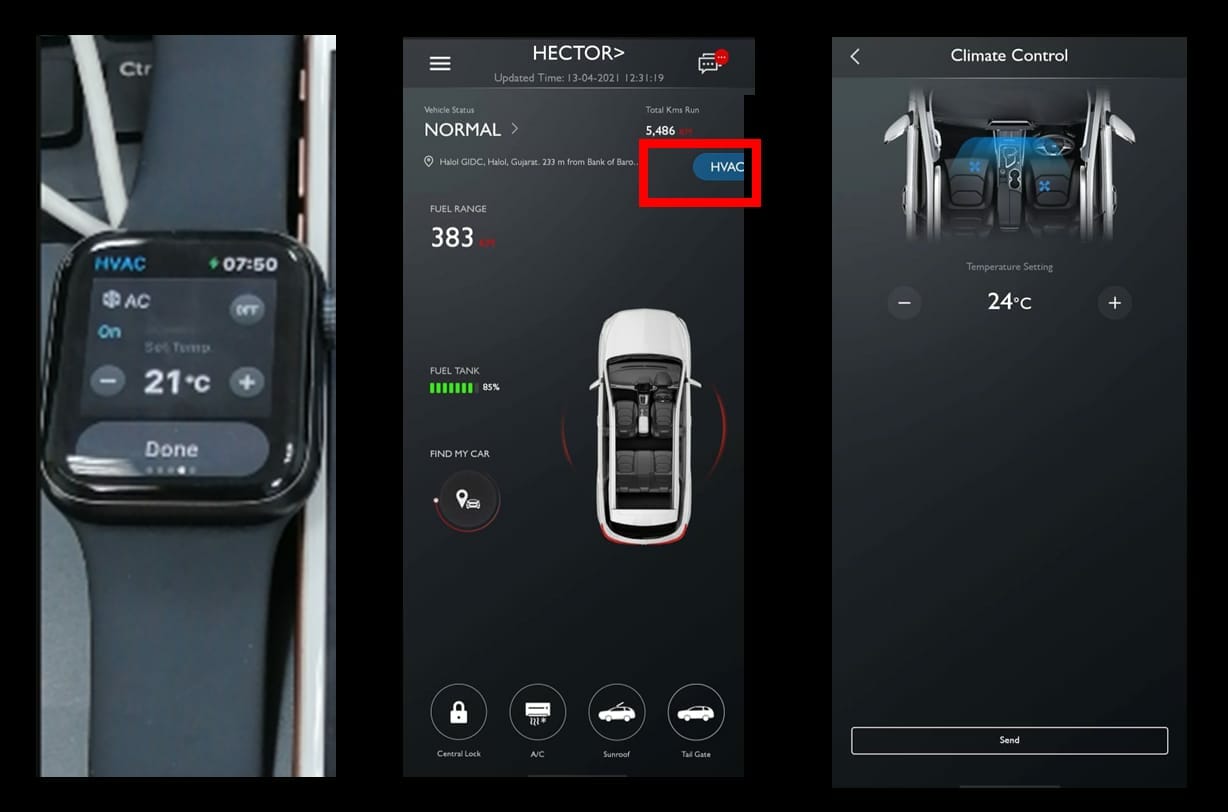 The Indian automotive industry has witnessed the arrival of several international carmakers in the past few years. Some have managed to leave a mark while some are still trying to gain traction. When we talk about the former, MG Motor has to be lauded for its performance in the Indian car market. The company marked its debut with the Hector, which went on to become India’s first connected car. The thing about MG is, it is restless and in a good way. It didn’t take long for the company to roll out a facelift version of the Hector.

MG Hector’s 2021 iteration was launched in January 2021, alongside the Hector Plus facelift. It featured subtle cosmetic updates with feature upgrades. 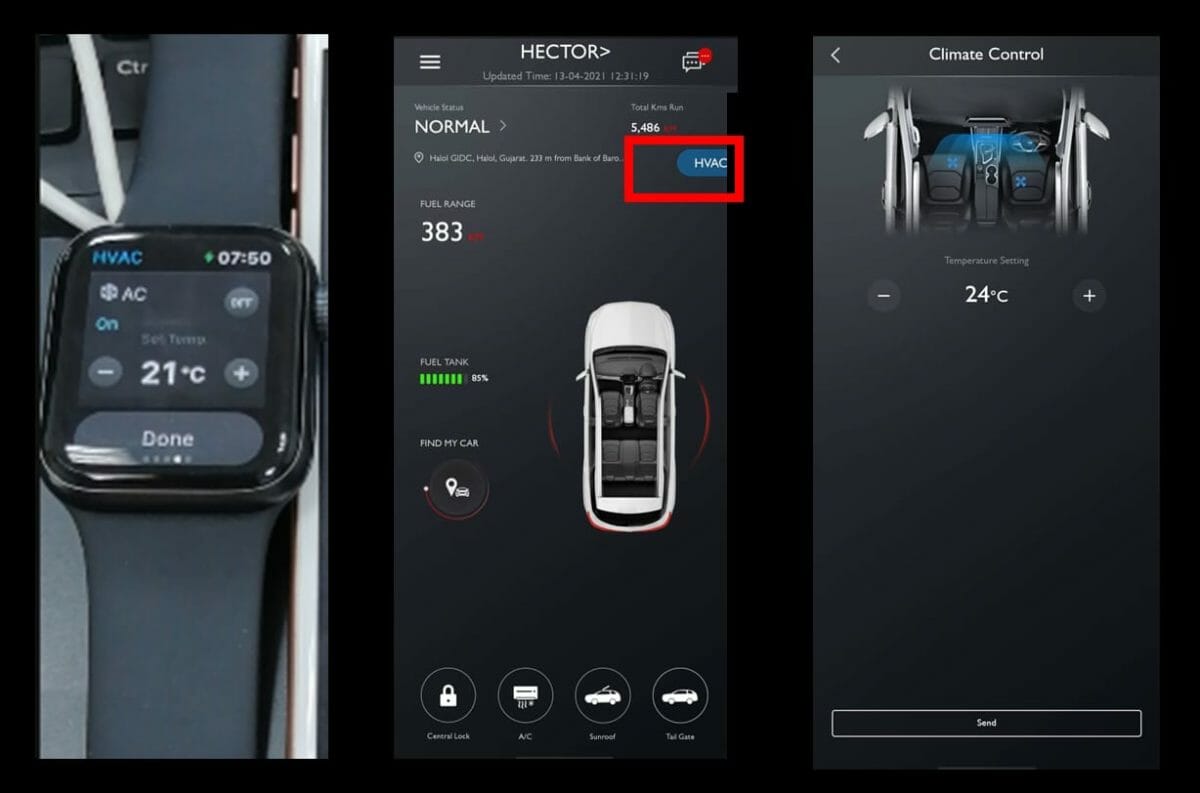 And now, the company has announced that the Hector now gets climate control via Apple watch as well as Android and IOS Phone app, allowing users to set car temperature remotely to a preferred temperature. Hector 2021 was introduced with an upgraded i-SMART with Hinglish Voice commands. It was equipped with an engine start alarm and an in-car voice alert for critical tyre pressure. 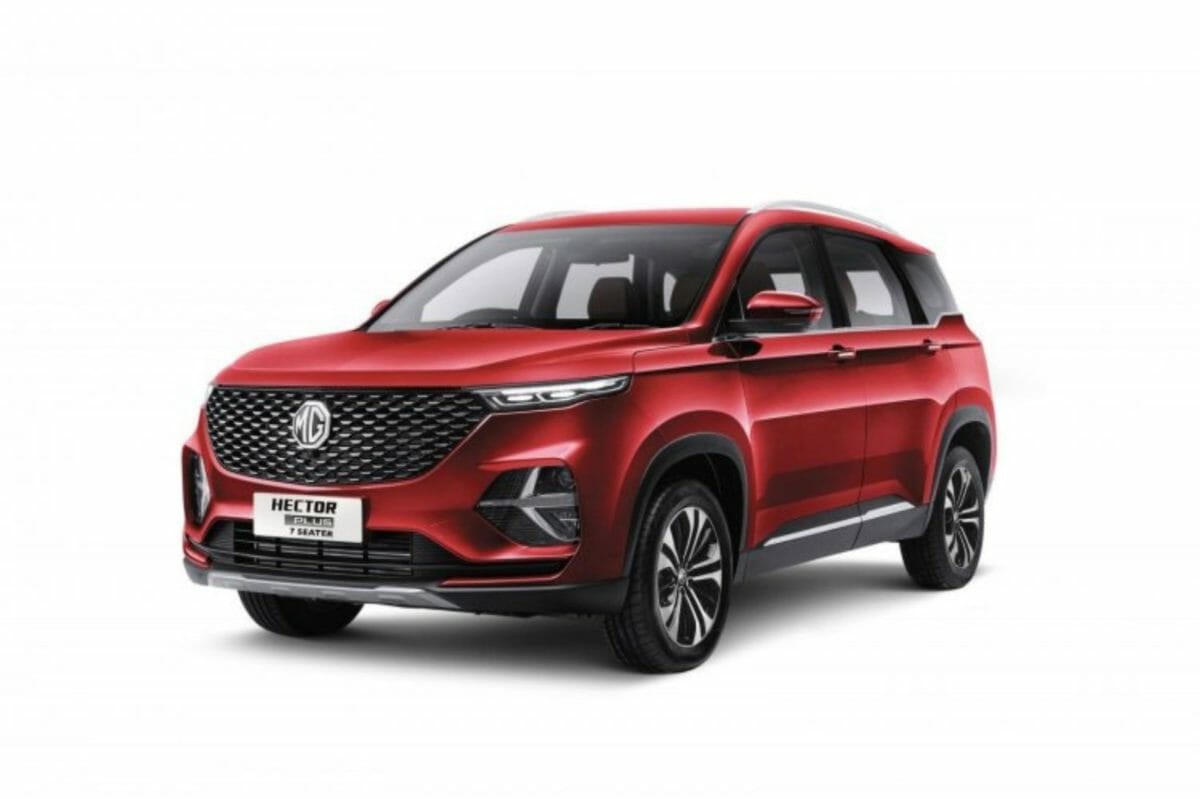 The MG Hector and the Hector Plus comes with a 1.5-litre turbocharged petrol engine that develops 141 bhp and 250 Nm of peak torque. On the outside, the new MG Hector facelift receives a redesigned front bumper, new grille, new alloy wheels, and a refreshed rear profile. The 2021 Hector’s interior has bid goodbye to the all-black theme and will now be offered in lighter champagne and black dual-tone theme.

The Hector Plus is also now available in 7-seat form, which a bench in the second row, along with the previously offered 6-seat version. There are some other changes as well. The 6-seat Hector Plus and the 5-seat Hector get ventilated front seats, along with wireless phone charging and an auto-dimming inside rearview mirror.