The most value-for-money luxury sedan out there if back seat comfort is a top priority, a facelifted version of the Skoda Superb has been launched today in India. Showcased at the Auto Expo earlier this year, the 2020 Skoda Superb looks sharper than the outgoing model.

Bookings for the sedan had begun earlier this month and the car has already arrived at Skoda dealerships which are functional, across the country. The Superb will be available in two trims – Sportline and L&K. The former asks for INR 29.99 Lakh while the L&K retails at INR 32.99 lakh (both prices are ex-showroom).

On the outside, the 2020 Skoda Superb gets a few styling updates in the form of new LED headlights and a larger butterfly grille. The bumper’s styling has been revised at both ends and along with a new design pattern for the 17″ alloys, illumination at the rear is through LEDs too. Like all other new Skodas, the Superb also carries the Skoda lettering on its boot instead of the logo. The Sportline version gets a black grille, a sportier pattern for the alloy wheels and a diffuser in the rear bumper.

Also Read: Skoda Karoq vs Volkswagen T-Roc: The Difference In Their Similarities 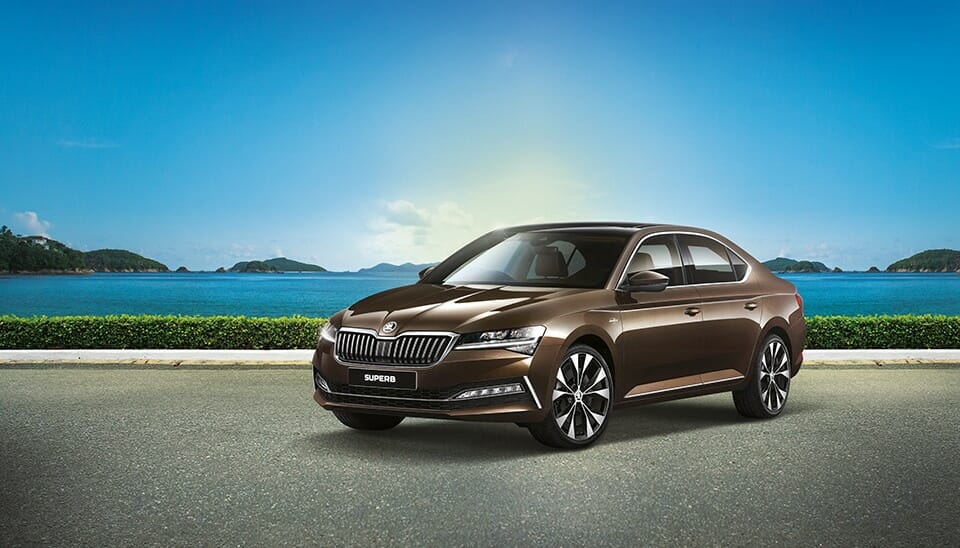 Inside, the first noticeable change is that all four seats now come fitted with an insert in the bench area which enhances under-thigh support. On earlier versions, although space was never an issue, taller passengers, especially in the rear seat, found support for their thighs to be not enough. Besides this change, the sedan’s L&K variant will get goodies like driving modes while the virtual cockpit is reserved for the Sportline. Standard features include a powered driver’s seat, a crisp infotainment system with Android Auto and CarPlay compatibility, dual-zone climate control, ambient lighting and an electronic parking brake. 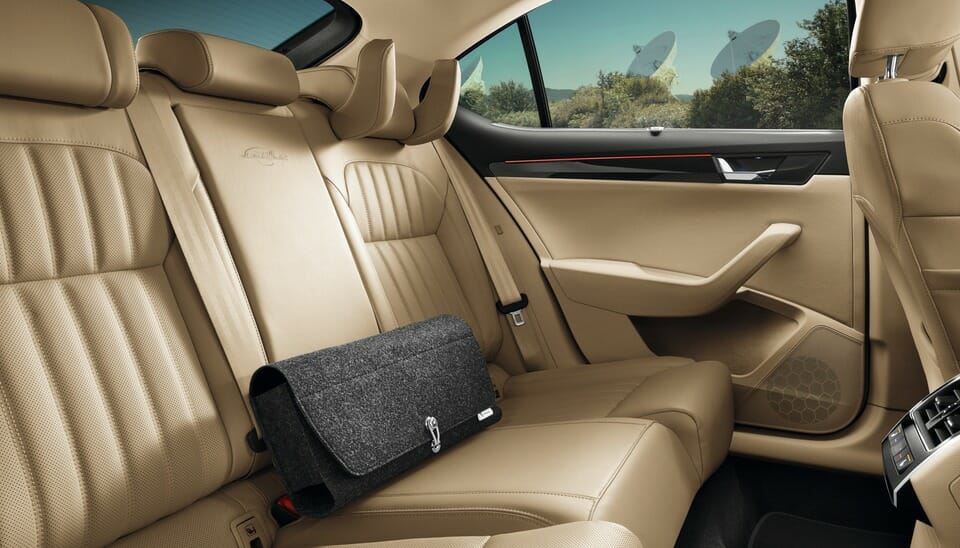 The Sportline version will come fitted with an Amundsen audio system while the L&K gets a more premium Canton system. In addition, the L&K version also gets a power nap feature for the rear seats like the Kodiaq. Both variants come fitted with eight airbags, MKB, ABS, EBD and a host of other safety features.

For now, the Superb will only be offered with a 2.0-litre TSI petrol engine which cranks out 190 PS and 320 Nm of torque, mated to a 7-speed, dual-clutch gearbox. With this engine, the Superb can hit a top speed of 239 Kmph. If there’s demand, a diesel engine could be offered at a later date. The 2.0-litre TSI engine is rated for an economy figure of 15.10 Kmpl.