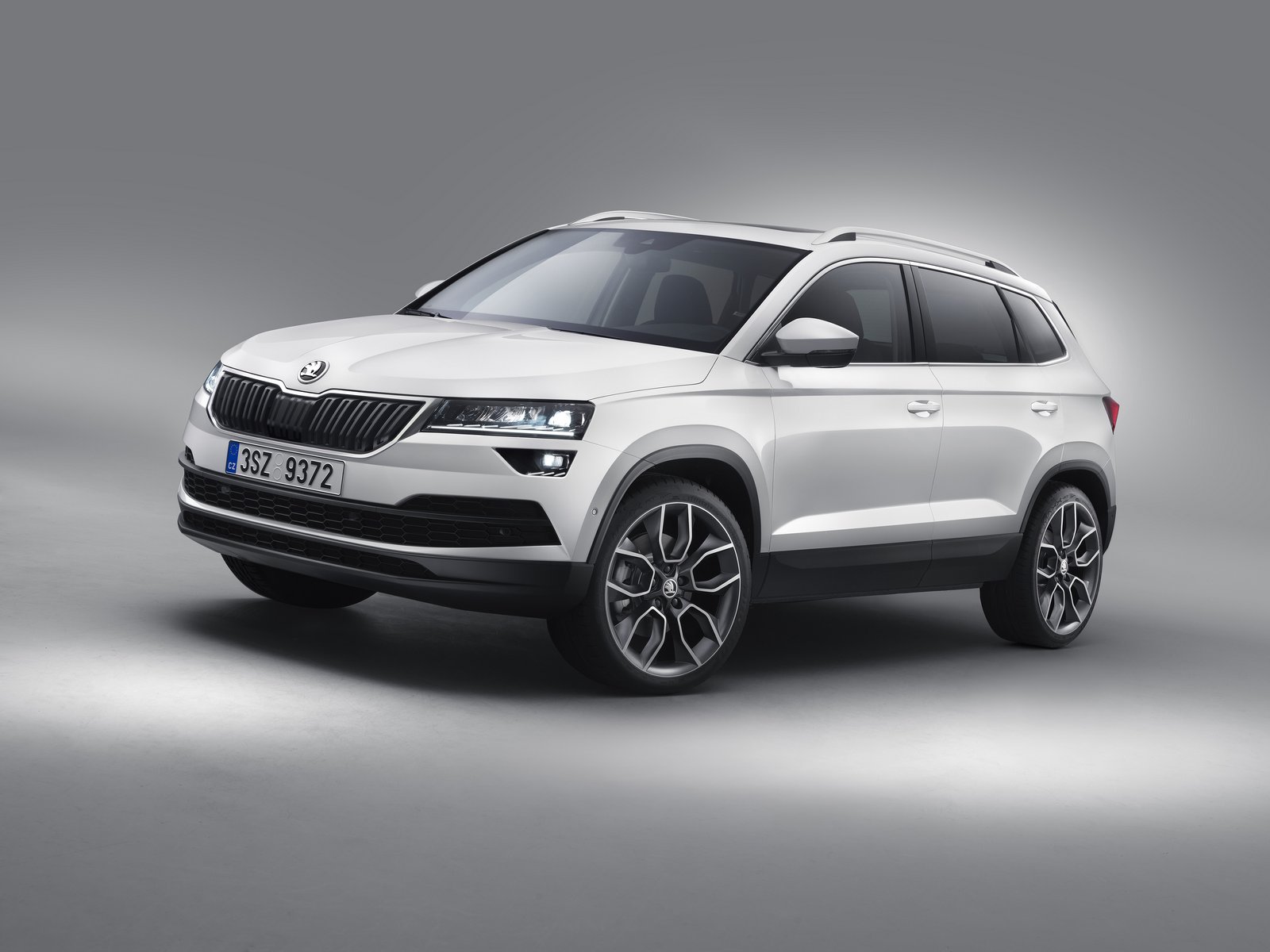 Skoda India has finally launched its mid-size SUV Karoq in the Indian market. It is a 5-seater SUV which is a spiritual successor to the Skoda Yeti. As reported earlier, it will be available in just one variant and it comes at a price of Rs 24.99 lakh (ex-showroom, India).

Skoda Karoq has been on the list of new car launches for the manufacturer for quite some time now. BS6 Skodas were supposed to launch in March but the worldwide pandemic of COVID-19 and the subsequent nationwide lockdown meant that the makers had no choice but postpone it. 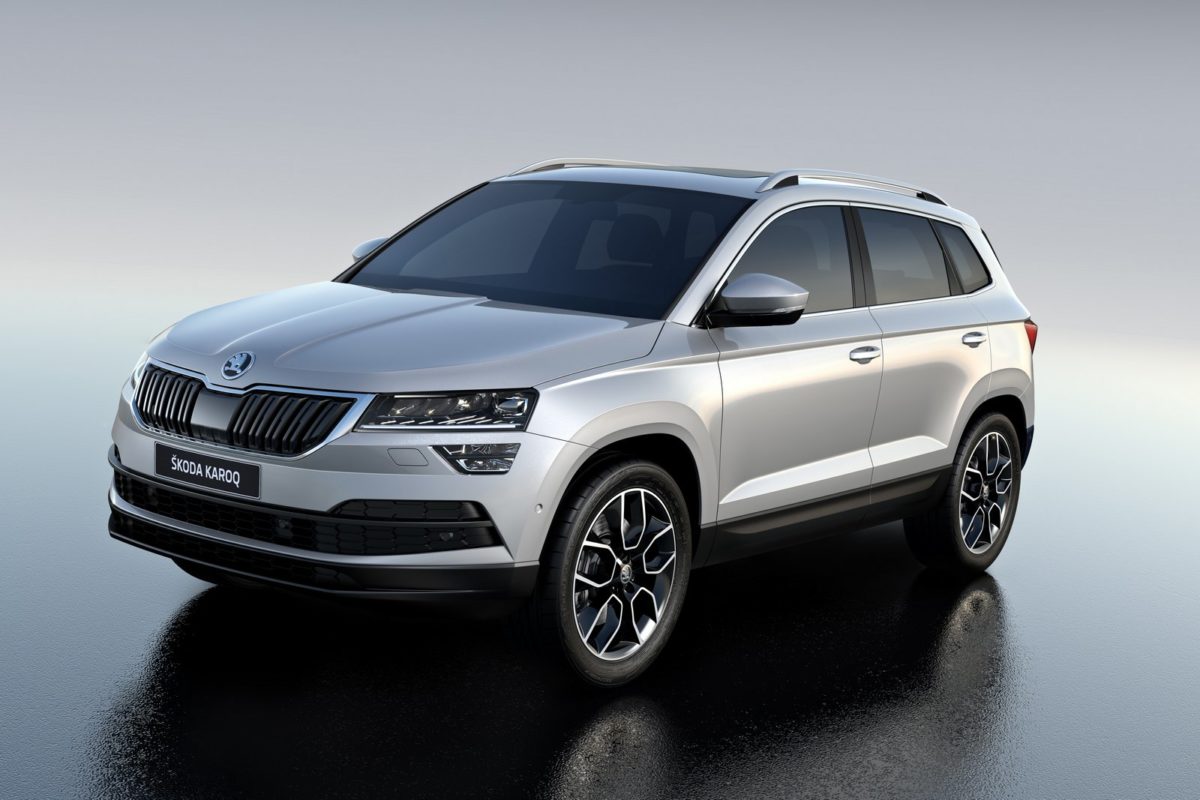 The SUV was first showcased at the AutoExpo 2020 at Greater Noida earlier this year and it was able to garner a lot of attention. Since then, people have been eagerly waiting for its official arrival. It was revealed back then the new Skoda Karoq will be built in the new on the veritable MQB platform which underpins many other models including the Octavia, the Kodiaq, and the Volkswagen Tiguan All Space among others.

The exterior of the Skoda Karoq looks similar to the Kodiaq, which is no bad thing. The front-end comes with traditional Skoda design elements like a butterfly grille and sleek LED headlamps with illuminated eye-lashes. In profile, the Karoq’s profile looks like a miniature of the Kodiaq while the 17-inch dual-tone alloy wheels fill up the arches nicely. Moving on to the rear, the Karoq comes with slick ‘C’ shaped LED tail lamps.  the customers will get six colour options to choose from, which are Magic Black, Lava Blue, Brilliant Silver, Candy White, Magnetic Brown and Quartz Grey. 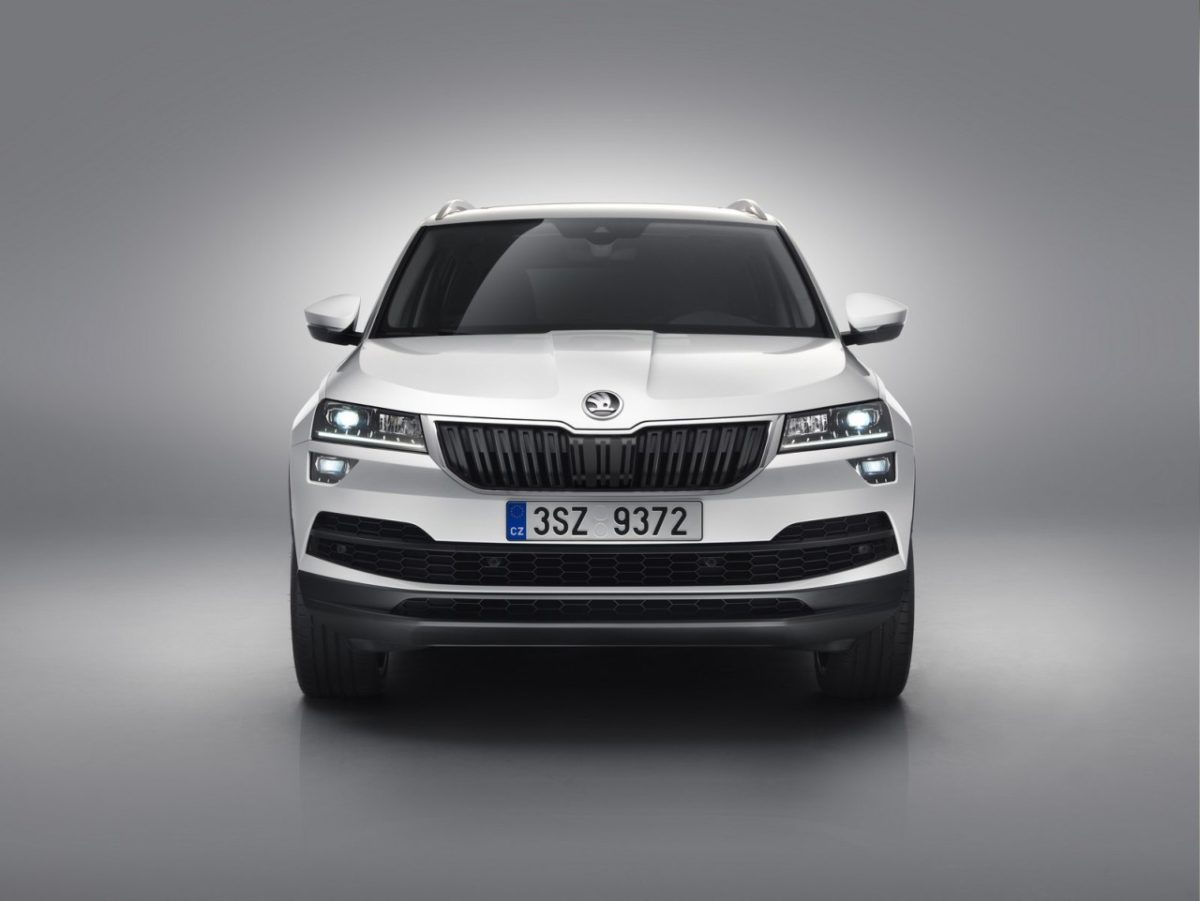 As far as dimensions are concerned, the Skoda Karoq measures 4,382 mm X 1,841 mm X 1,605 mm for length, width and height, respectively. Its wheelbase measures at 2,638mm. This brings it to the same league as its recently-launched Volkswagen cousin T-Roc.  It rides on 17-inch dual-tone alloy wheels 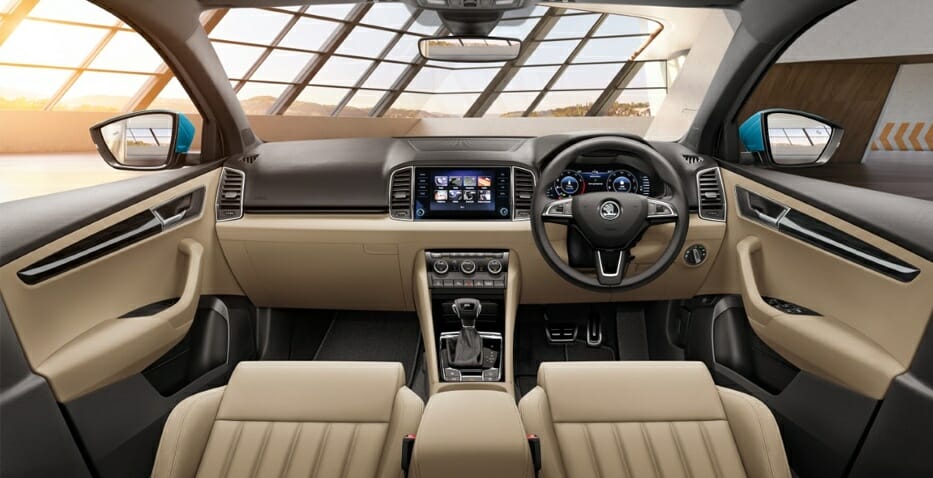 Just like the exterior, the interior of the Karoq mimics the premium Kodiaq. In the cabin, one will find beige leather upholster which makes it look ultra-spacious. The driver’s seat is a 12-way electrically adjustable chair and also has memory functions added to it. A panoramic sunroof is on the features list too. In addition to that, there is also the virtual cockpit that is customisable as well and the company has claimed that no two Karoqs would be the same. The Skoda Karoq has a decent boot space of 521 litres with all the seats in place.

The Karoq comes with a host of utility features that will make one’s driving and riding experience much smoother. The central dash is dominated by an 8.0-inch infotainment system which features Apple CarPlay as well as Android Auto. There is also Mirror Link which is the connected car technology offered by the company. In addition to this Dual-zone Climate Control and ambient lighting will also be on offer.

On the mechanical front, it is powered by the lone EA211 1.5-litre TSI EVO petrol engine paired with a 7-speed DSG dual-clutch automatic transmission and sends power to the front wheels. This unit delivers 150 PS of power at 5,000-6,000 rpm and a peak torque of 250 Nm at 1,500-3,500 rpm. The company claims that the SUV can hit 0 to 100 Kmph in just nine seconds before approaching a top speed of 202 Kmph. As reported earlier, there will be no diesel engine on offer. It is equipped with active cylinder management which enhances the fuel efficiency to provide company claimed figures of 14.49 Kmpl.

The SUV will arrive as a Completely Built-up Unit (CBU) and is priced a little steeper for its segment. It will be imported to the Indian market under the Government’s latest rule in which automakers are allowed to import up to 2,500 units in a year without the need of homologation. Its primary rivals in the Indian markets are the likes of Jeep Compass,  the T-Roc and the soon to be launched Hyundai Tucson facelift.