The 2020 Mercedes-Benz CLA is a looker no doubt. That long and low face looks great and in entirety, the new CLA does look like a properly athletic Merc. No wonder it gets an AMG version too! So the folks at KM77 decided to check out if its road manners are as good as its looks and while conducting a moose test at 76 km/h, the new CLA looked like a bowling ball hitting many when it was rolled to miss. Take a look:

The CLA they tested was the A200 variant which is powered by a 1.3-litre, turbo petrol engine which makes 161 horses, all of them going to the front wheels. The car made multiple runs with three different drivers before finally getting it right at a lower speed of 66 km/h. However, the testers described the result as ‘Poor’, stating that a combination of moderate body roll, not enough grip from the front tires, understeer, and the ESC kicking in made the car hit the cones even after multiple attempts. For the uninitiated, the evasive manoeuvre test is performed to determine a vehicle’s capability to evade a suddenly appearing obstacle. The term ‘Moose Test’ was coined in 1997 by a German newspaper after a Swedish car magazine and TV show flipped a Mercedes-Benz A-Class while testing the car’s ability to avoid hitting a moose. 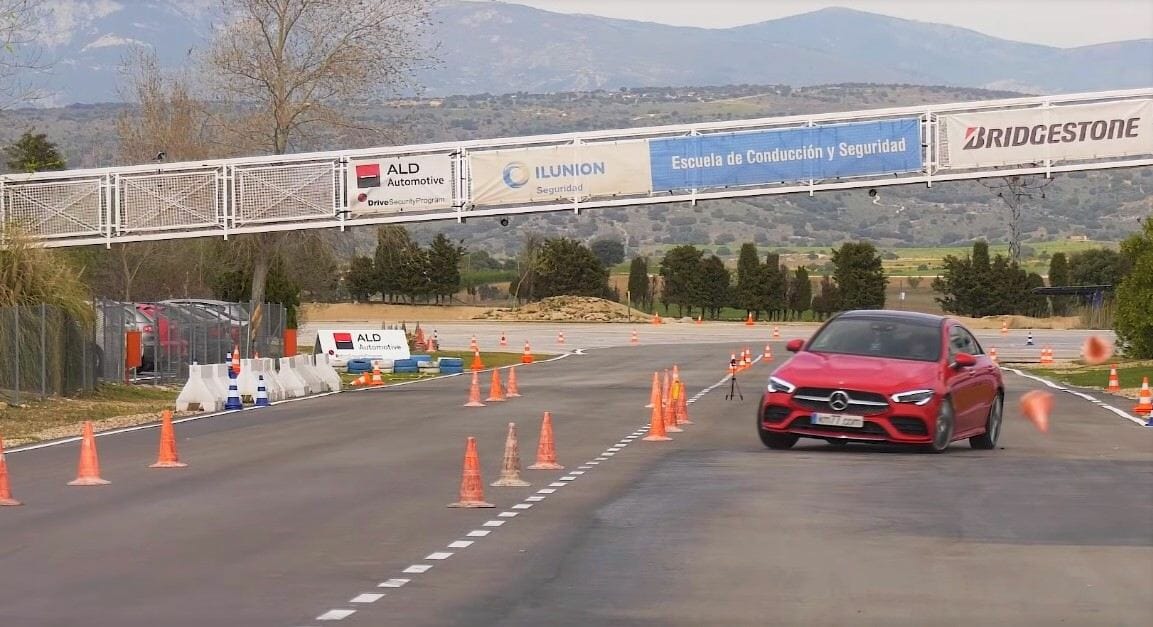 The 2020 CLA is based on the same platform as the A-Class Limousine, bookings for which are now open in India. The CLA, with its sloping roofline, is a fancier alternative to the more practical A-Class sedan. What used to be the entry-level Merc in India, the CLA now moves up and its the A-Class limo which takes its place. The new sedan is expected to be formally launched once the current situation improves. It will most likely be offered with two engine options – a 1.3-litre turbo petrol and a 1.5-litre turbo diesel. An AMG version will go on sale as well and will be powered by a 2.0-litre turbo petrol engine, good for 306 HP. Those horses will find their way to all the four wheels.