Kia Motors India made its debut back in July 2019 with the launch of the Seltos ‘mid-size SUV’ and created quite an impression in the segment. For a new player in the market, it recorded sales which were nothing short of remarkable. It was able to displace its cousin, Hyundai Creta, from the numero uno position in this segment and take its place.

Hyundai Creta had been the long undisputed champion in this segment until Kia arrived with the Seltos. However, Hyundai couldn’t let go so easily and gave the Creta a full generation update this year. When the Seltos arrived in India, its USP was its long list of features, practicality, impressive performance, competitive pricing and that made the sales numbers ride upwards. 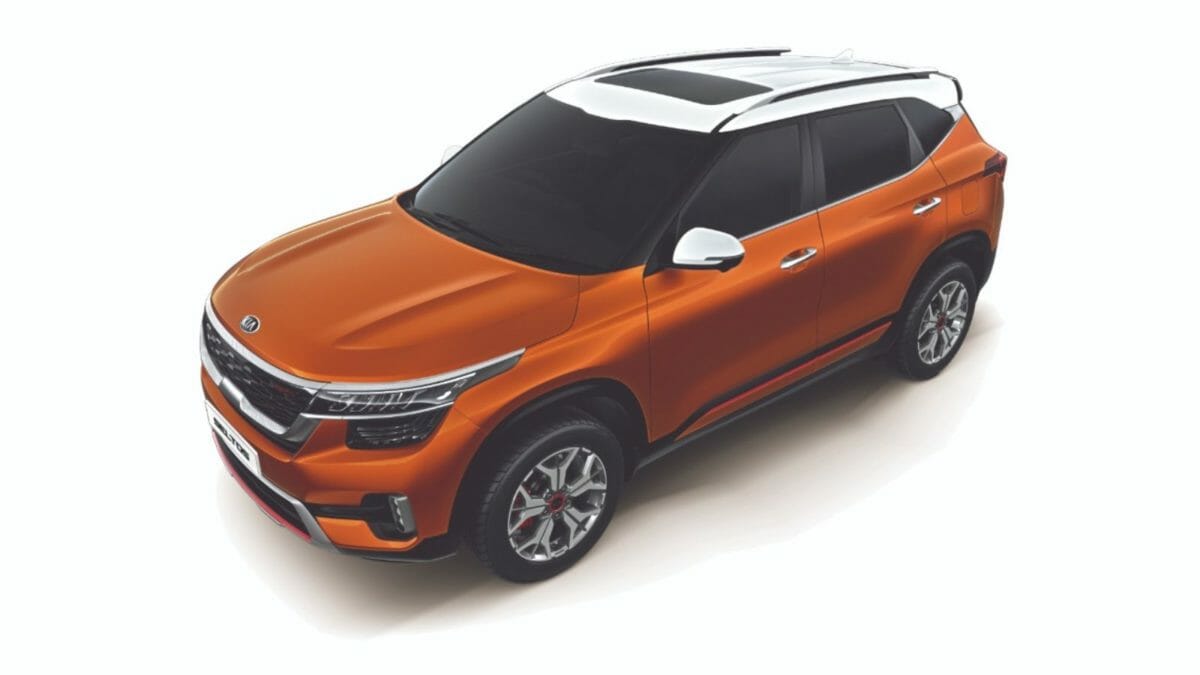 However, with the new Creta one can get all of the above plus a few added features over the Seltos. This has made Kia think hard and in order to retain its position in the market, the South Korean carmaker has decided to upgrade the feature list on Seltos. The list of changes are rather subtle and mostly pertains to interior features and equipment. Certain features that previously came only in higher trims have filtered down to lesser choices of HT or Tech Line.

Automatic gearbox-equipped variants of the Seltos HTK+, HTX, HTX+ and GTX will see the addition of remote engine start. The HTX and GTX will soon get a powered sunroof and LED cabin lights, features formerly available only on the HTX+ and the GTX+ trims. Apart from these equipment additions, all variants will come with features like USB charging for the first and second rows of seats and an emergency stop signal as standard.

All variants – except the HTE and the HTK – will soon come with the dual exhaust design on the rear bumper that’s seen on the higher versions. Kia will also include metal scuff plates on the HTX and the HTX+ variants; this was earlier available only on the GTX and the GTX+ trims.

The range-topping Seltos GTX+ – offered with either a 140hp, 1.4-litre turbo-petrol engine or a 115hp, 1.5-litre diesel mill – will soon get an all-black interior with contrasting red stitching. Additionally, the HTX, HTX+, GTX and the GTX+ trims will come with faux metal garnish on the AC control panel as well as on door grab handles. Lower down the range, the Seltos HTK+ variant will get a faux leather finish on the gear knob and a gloss black finish on the dashboard.

There are no changes to its powertrains. With a total of over 20 variants to choose from (including dual-tone options), the Kia Seltos is available in three powertrains: 1.5-litre NA petrol (113bhp/145Nm), 1.5-litre diesel (113bhp/250Nm) and 1.4-litre turbo petrol (138bhp/242Nm). The engines can be had with a CVT, 6-speed AT or 7-speed DCT, respectively, while a 6-speed manual transmission is standard across the range. The Kia Seltos shares its platform with Hyundai Motor India’s 2020MY Creta which also comes with similar powertrain choices.

The changes are expected to take place when normalcy is restored and will likely be accompanied by a mild hike in prices in the coming months. With the easing of lockdown restrictions, Kia dealers have started reopening across India.