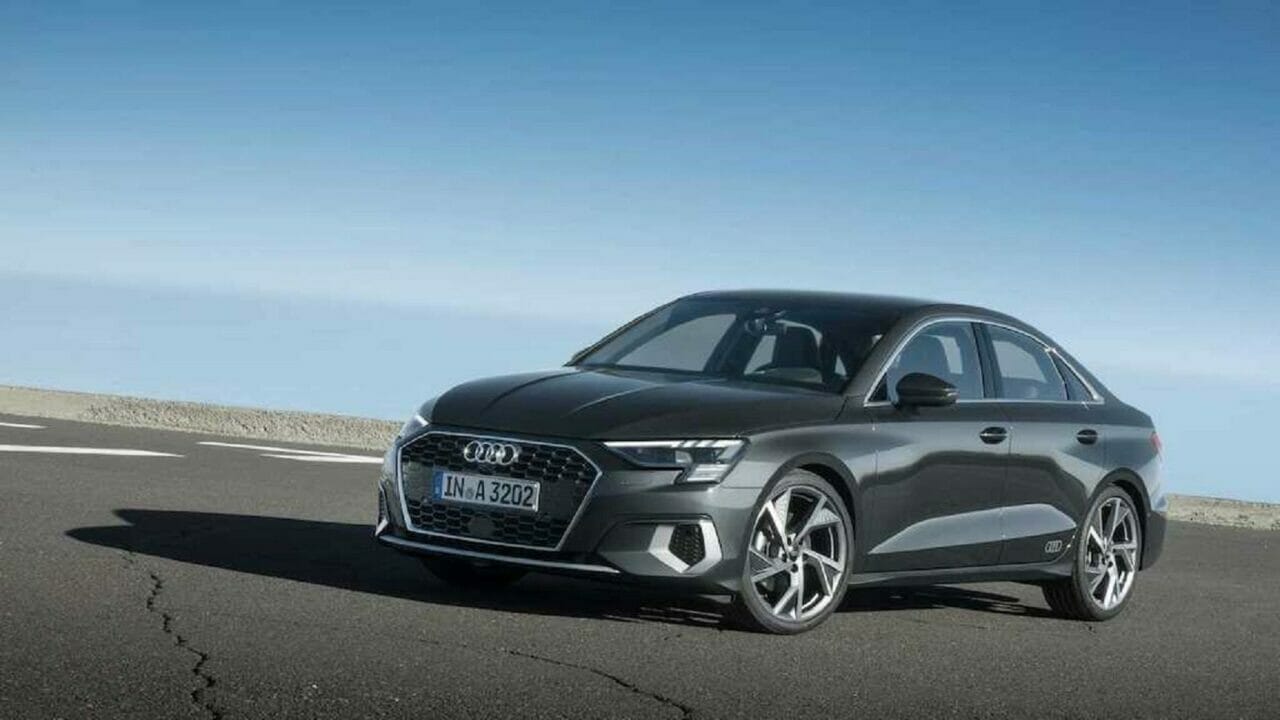 Audi AG has revealed the India-bound 2021 MY avatar of its popular entry-level compact sedan. The all-new Audi A3 Sportback made its debut a few weeks back and now the German automaker has officially revealed the new A3 sedan. Compared to its predecessor, the 2021 Audi A3 sedan gets a lot of significant changes on the outside, inside, and under the hood with mild-hybrid powertrains. 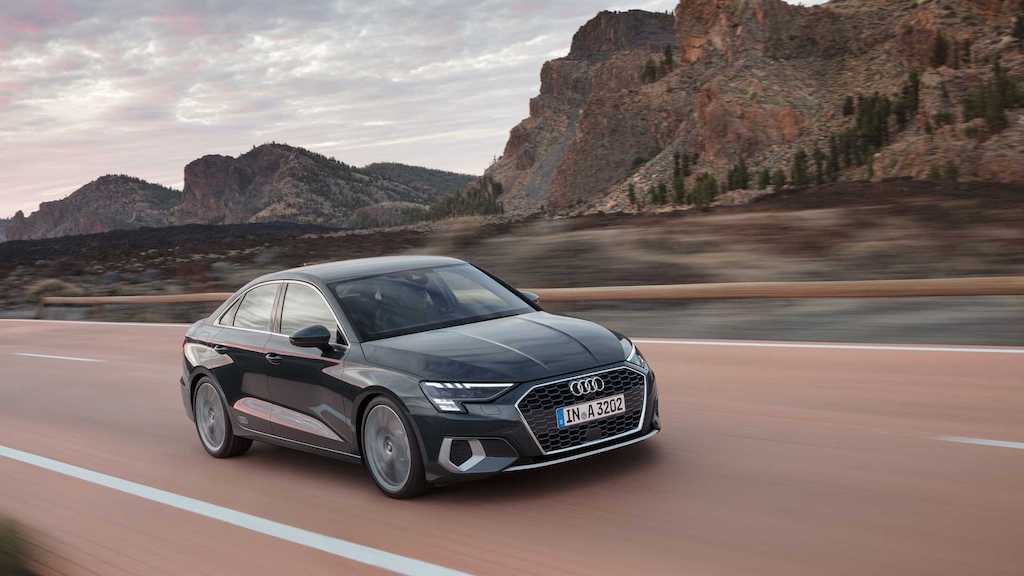 Stylistically, the next-generation A3 sedan is only subtly updated over its predecessor, but it is intended to have a more coupé-like appearance. The 2021 Audi A3 is based on the MQB Evo platform similar to the Volkswagen Golf and it is 40 mm longer, 10 mm wider and 10 mm taller than the outgoing car while the boot space remains unaltered, at 425 litres. This platform is claimed to be lighter yet also more rigid than the one it replaces. The design sees an evolution over the older model and the body gets some sharp elements much in line with some of the newer Audis. In spite of getting edgier boundaries, extended fenders and fresh bumper components, the overall silhouette remains typically A3 — compact and coupe-ish. 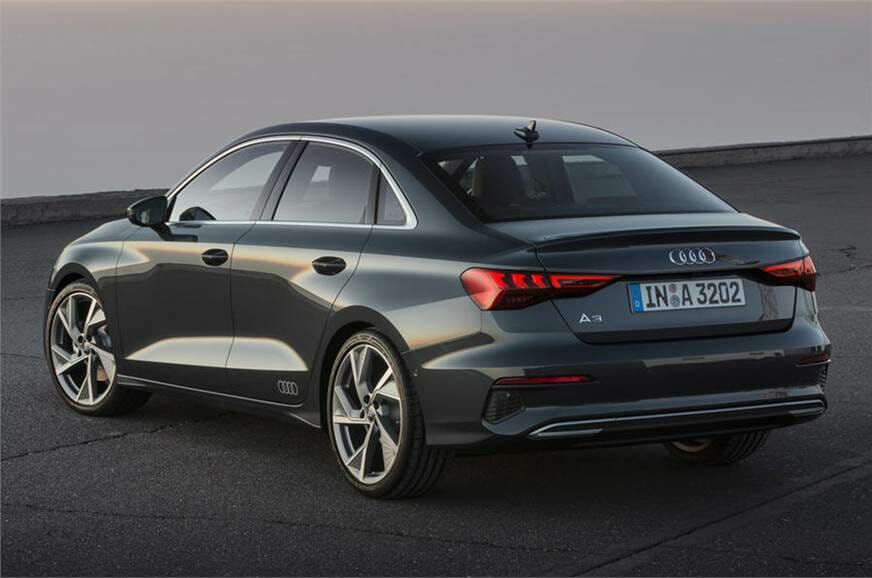 On the outside, the all-new Audi A3 receives digital daytime running lights, made up of 15 LEDs, for the first time. Certain trim derivatives have an individual light signature to set them apart. Aerodynamics are better than the outgoing model’s, thanks to a higher rear end and a large diffuser. The car achieves a Cd value of 0.25, which is 0.04 better than before. A controllable cooling-air inlet, with two electrically actuated louvre modules behind the grille, regulate the flow of air, according to the situation.

The interior also sees a big change in terms of layout and equipment. The basic design of the older A3 has made way for a new and very futuristic-looking dashboard. As first seen in the Sportback, Audi has decreased the number of physical controls and ditched its familiar rotary controller in the centre console. For those models with a dual-clutch box, there is a new shifter sitting in a glossy black surround. Also, present in the minimalist centre console is a sensory volume controller that reacts to circular finger movements. We like how those two AC vents hug the instrument console and allow the touchscreen to be placed closer to the driver for easy access. 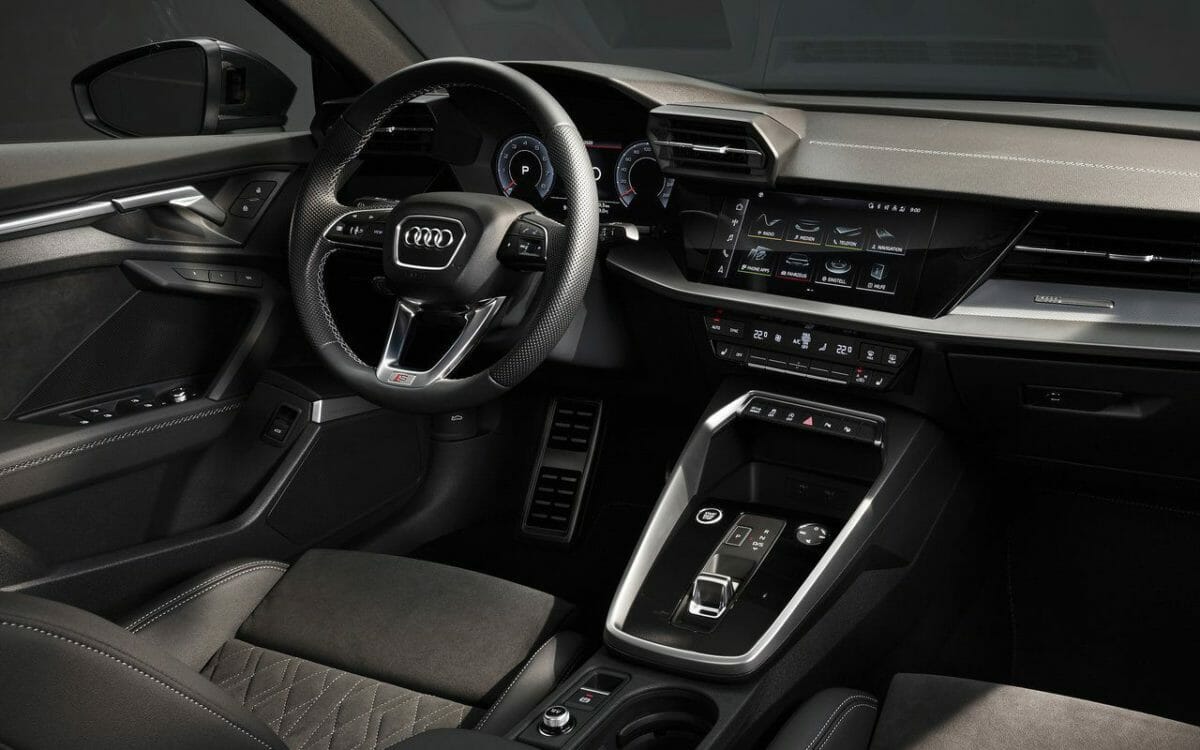 In international markets, the Audi A3 sedan will get two engine options – a 1.5-litre TSI petrol unit and a 2.0-litre TDI diesel mill. While the petrol unit makes 148bhp and 250 Nm of peak torque, the diesel unit produces a good 148 bhp and 360 NM of torque. Both these engines are mated to a 7-speed S Tronic DSG transmission. The petrol engine is also offered with a 6-speed manual gearbox. The petrol DSG variant gets a 48V mild-hybrid system too which can bump up the torque by 50 NM. 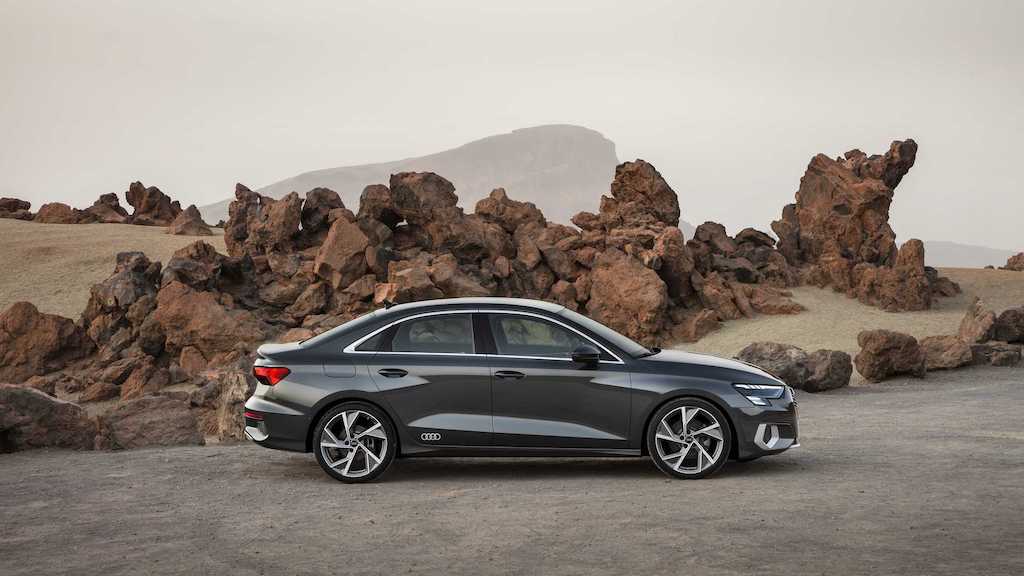 Audi claims the new sedan has been tuned to be sporty and “a touch more precise” than the first-generation model. This is largely attributed to a new, centralised dynamic handling system that ensures optimal interaction between all components. Alongside the standard setup, there is a sports suspension option and a suspension with adaptive dampers, which promises a breadth between highly comfortable roll motion and agile handling.

Skoda Auto Volkswagen India has ditched their diesel powertrains ahead of the BS6 era. Even the BS6 Volkswagen Polo and Vento come with just petrol options. Hence, Audi India is likely to bring the new A3 sedan in just its petrol format, with no mild-hybrid assist in the lower variants. Until quite recently, Audi India had the previous generation of the A3 sedan and A3 Cabriolet on sale. For now, Audi’s range in India consists of just the A6 sedan, and the flagships – A8L sedan and Q8 SUV. This next-gen Audi A3 sedan is expected to arrive in India in mid-2021. Upon its launch, it will rival the likes of  BMW 2 Series Gran Coupé and Mercedes-Benz A-class Limousine, both of which will come to India soon.