Recently, TVS Motor Company launched the latest version of the Jupiter Grande loaded with a bunch of updates. Even though the 2019 Grande edition shares many similarities with the 2018 version, there are some differences and upgrades that make the latest version even more exciting. The previous generation Jupiter Grande was launched in two variants: Drum brake and Disc brake. The drum brake variant was priced at INR 55,936 (ex-showroom, Delhi), while the disc brake variant was priced at INR 59,648 (ex-showroom Delhi). On the other hand, the latest generation Jupiter Grande is only available in one variant and comes with a price tag of INR 62,346 (ex-showroom, Delhi). Let’s have a look at all the similarities and differences between the two scooters: 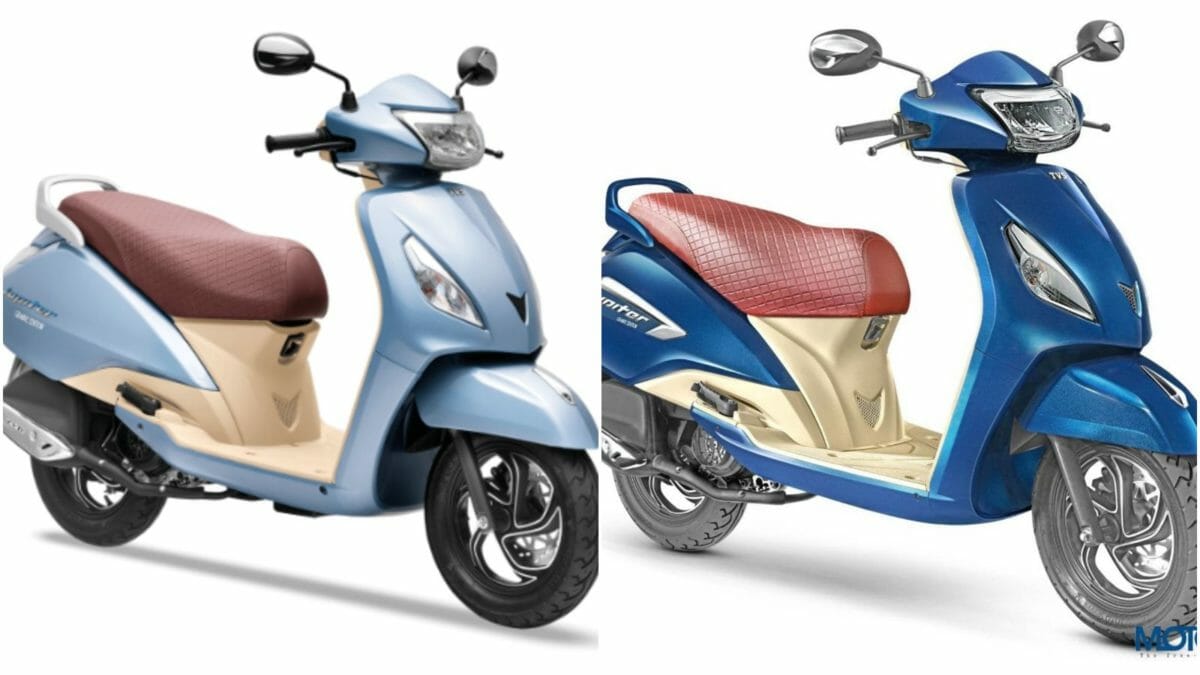 Talking about differences, the main differences include a new dual colour 3D logo/badge, TVS’ SmartXonnect Bluetooth connectivity system with the multi-information analogue-digital instrument panel and a new tech-blue paint scheme. On the other hand, the 2018 version wasn’t far behind as it provided users with a more affordable drum brake variant and a Starlight Blue Paint Scheme. Also, the major price difference between the 2 versions puts the 2019 Jupiter Grande in the premium segment, making it the most expensive Jupiter in TVS’ lineup. Here is a list of all the main differences: 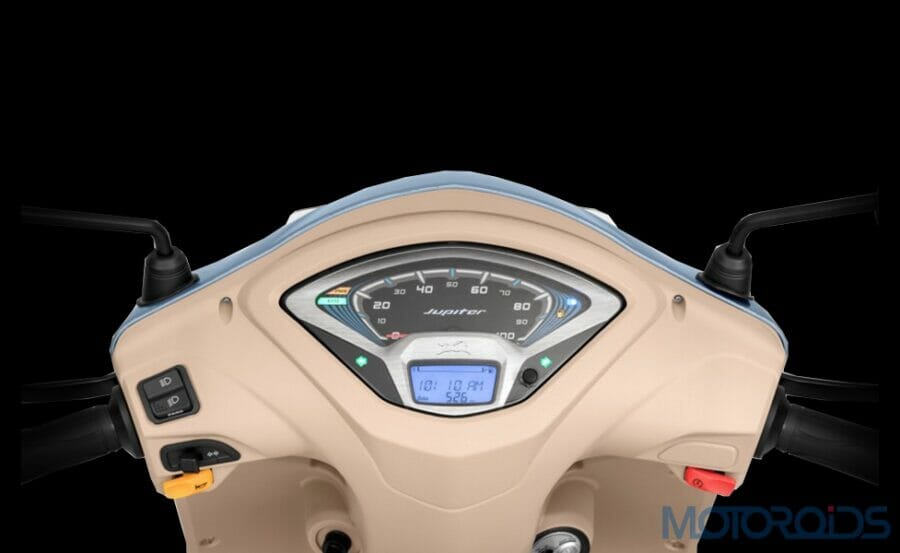 In terms of similarities, design features like LED headlights, chrome finish at the front and the premium cross-stitched maroon seat, have all been carried forward from the 2018 version. The 2019 version of the Jupiter Grande also retains the diamond-cut alloys and the 109.7cc, four-stroke, single-cylinder CVTi air-cooled engine which is currently BS4 complaint. The power and torque figures max out at 7.8 HP and 8.4Nm respectively. TVS launched its Jupiter back in 2013 and went on to increase the line up with new launches to keep the freshness alive. The 2019 Grande variant places itself as a top of the line variant due to its price tag in the Jupiter portfolio and becomes the fourth variant after Standard, ZX and Classic. Here is a list of all the main similarities: 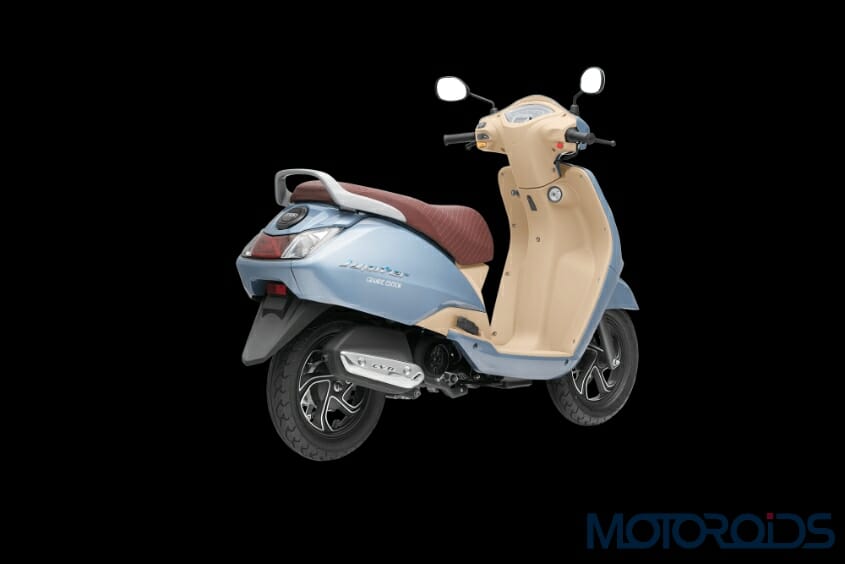