Ahead of its launch that is likely to take place in the coming months, the 2018 Range Rover facelift has been spotted testing in India for the very first time. A completely camouflaged test-mule of the model was spied during a public road test on the streets of Mumbai. 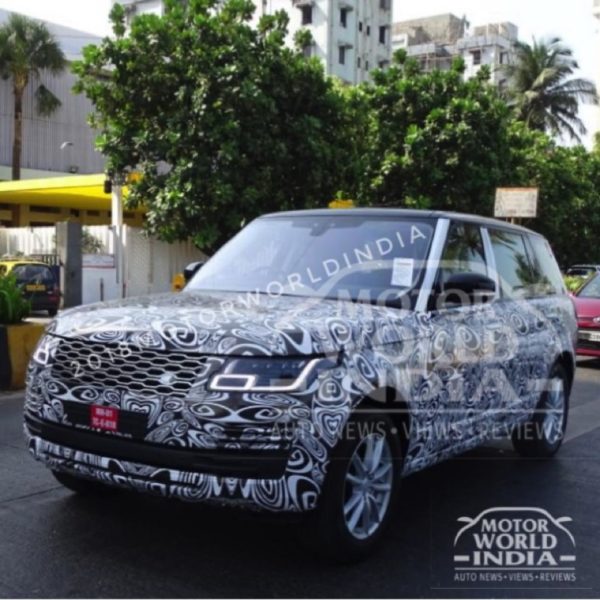 Currently in its fourth generation, the 2018 Range Rover made its world debut at the 2012 Paris Motor Show while the new facelifted model was showcased for the first time at the 2017 Los Angeles Motor Show held in October last year. As compared to the outgoing model, the 2018 Range Rover features a refreshed front fascia with a new bumper, new grille and new LED headlamps with integrated LED DRLs. Towards the rear, the model receives vertically positioned twin pod LED tai lights, a roof mounted spoiler and rectangular dual exhaust tips. Also on offer are 10 spoke alloy wheels finished in a shade of silver.

Moving on to the interiors, the new Range Rover facelift will come equipped with a Touch Pro Duo infotainment system, the same system as seen on the recently launched Velar. The conventional buttons on the centre console make way for a dual 10 inch touchscreen setup while the front seats will feature heated arm rests. There will also be a 4G Wi-Fi hotspot for 8 devices. 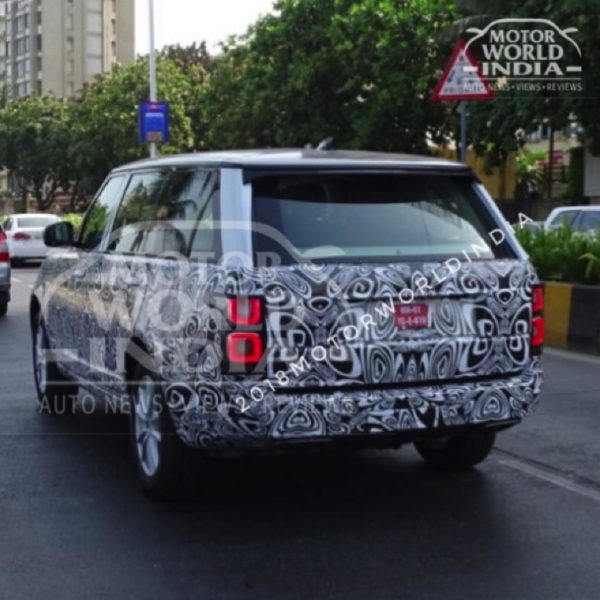 In India, the Range Rover is currently available in 5 variants including Vogue, Vogue SE, Autobiography, SV Autobiography Dynamic and SV Autobiography LWB. These variants are offered with a range of engines starting from the 3.0-litre V6 diesel unit to the 5.0-litre supercharged V8 petrol unit.  All these engine options come paired to an eight speed automatic transmission as standard, sending power to all four wheels via a four wheel drive system. In international markets, the 2018 Range Rover is also offered in a P400e plug-in hybrid variant. This variant sources power from a 2.0-litre, four cylinder Ingenium petrol engine with an electric motor that produces a combined output of 410 hp. This variant though, is unlikely to be offered in India.