The next-gen Jeep Wrangler has been partially leaked on JL Wrangler Forums. The grainy, leaked images of the 2018 Wrangler reveal the top-end 5-door Unlimited Rubicon variant.

The looks are evolutionary, but completely overhauled. The front end gets the customary round headlamps with the trademark Jeep grille between them, but the entire front fascia has been revised. A gentle kink washes over the grille, which is larger than the one on the current-gen model, while the headlamps (could be LED powered) dig themselves further in the fascia. 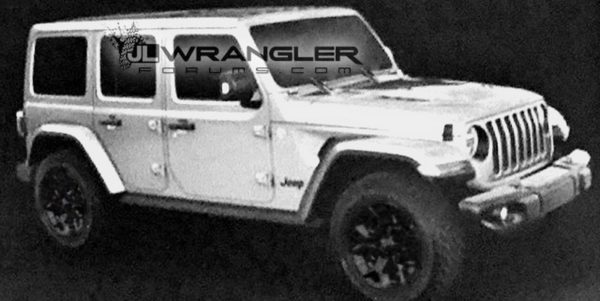 The front bumper has moved on from the simplistic unit on the current-gen model. This one features complex cuts and creases, while the customary round fog lamps are hosted here as well. The vented hood is noticeably longer than the current-gen model, while the front quarter panels get a newfound vent. The door handles are new, and so are the exposed door hinges (No they haven’t been buffed out).

The front windscreen sits closer to the hood, and looks to be a bit more raked as well. The front fenders feature integrated LED DRLs, and the sides feature a pronounced belt line that seems to originate from the front window. Also, the windows are more rounded than before, and the chunky ORVMs now host the indicators. 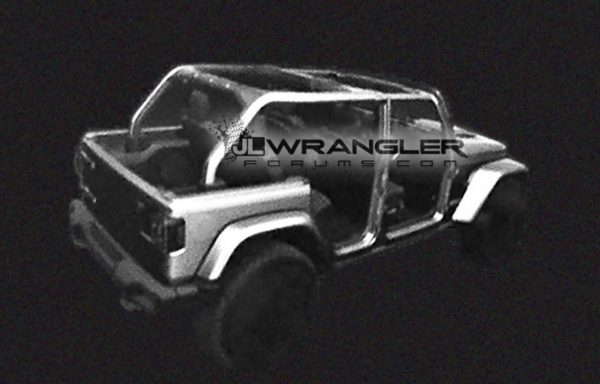 Of course, panels like the roof and doors will be removable; just like on the current-gen model. At the back, the block-like lights are said to have X-shaped graphics, similar to those on the Renegade crossover, although these images don’t reveal the rear end in all its glory. As for a debut, the 2018 Jeep Wrangler is believed to grace the floors at next month’s NY Auto Show.