Only yesterday, the internet was awash with leaked images of the 2018 Jeep Wrangler. Based on those images, the folks at JL Wrangler forums (where the leaks surfaced) have accurately rendered the next-gen Jeep Wrangler. 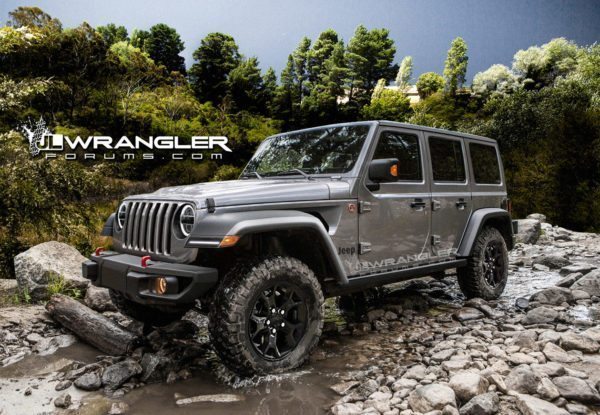 As described in the previous article, the looks are evolutionary, but completely overhauled, which means that every single panel is all-new. These renders also add a splash of colour. The new Wrangler’s front end gets the customary round headlamps and the trademark Jeep grille, but the headlamps get trendy LED power and the grille, now larger, features a subtle kink towards the top.

The front bumper is also new, but retains the round fog lamps. As for the windscreen, it now sits closer to the hood, and is more raked than ever. Talking about the hood, it is noticeably longer than the current-gen model and gets a prominent bulge, as well as additional vents. 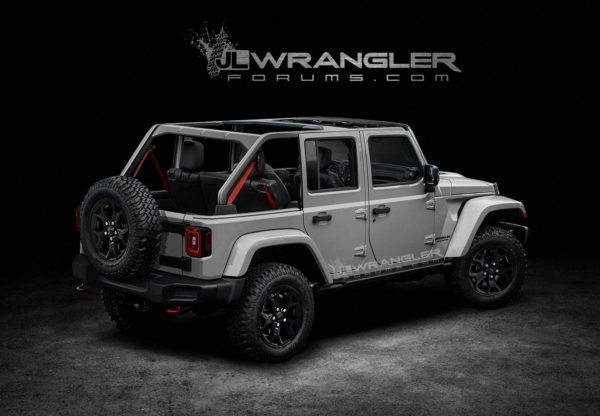 The door handles are new, and so are the exposed door hinges, while the front quarter panels get triangular vents. The front fenders are now detailed with LED daytime lamps. In profile, the 2018 Jeep Wrangler features a pronounced belt line that originates from the front window. As for the windows, they are more rounded than before, and the chunky ORVMs now host the indicators.

Of course, panels like the roof and doors will be removable; just like on the current-gen model. At the back, the new Wrangler is said to feature X-shaped graphics on the tail lamps, although these renders predict otherwise. As for a debut, the 2018 Jeep Wrangler is believed to grace the floors at next month’s NY Auto Show.