Exactly a year ago, Bugatti unveiled the successor to the Veyron, known as the Chiron, at the 2017 edition of the Geneva International Motor Show. Now, the Molsheim based marquee has taken the wraps off a new variant of the Chiron, christened as the Chiron Sport at the very same show, albeit a year later. 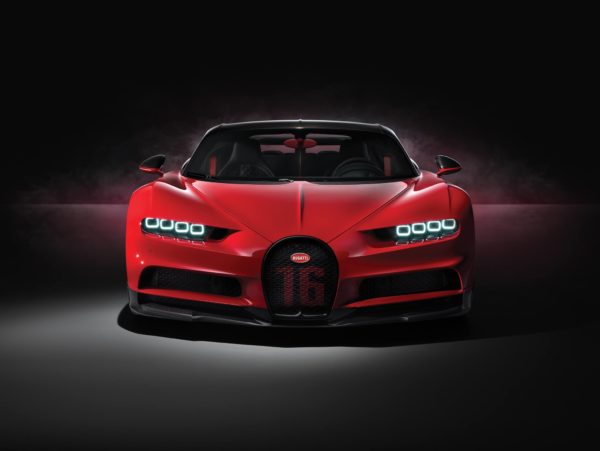 The Bugatti Chiron Sport arrives in the form of changes to the handling and lighter weighing model as compared to the standard Chiron while sharing the same powertrain as the latter. The French brand claims that they have significantly improved the handling and added even greater stability to the model. But what exactly did Bugatti change to arrive at the Chiron Sport? 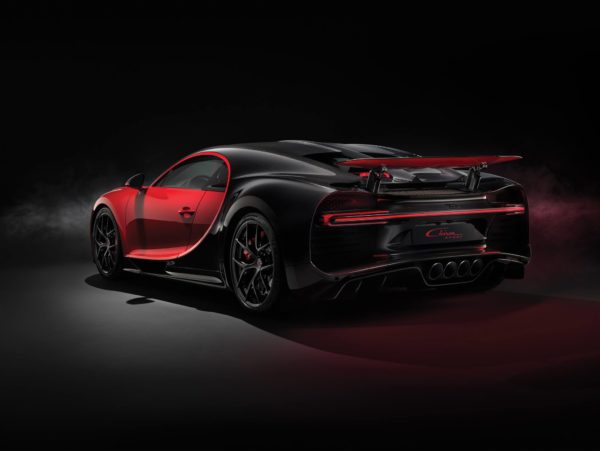 Compared to the standard Chiron, the Sport edition features lightweight wheels and additional use of carbon fibre across the body to the extent that even the windscreen wiper is made of carbon fibre, the first for a production car! The aforementioned changes result in the Chiron Sport tipping the scales 18 kgs lesser than the standard model. Aiding the stability and handling quotient is a stiffer suspension, with 10% stiffer shock absorbers as well as a modified steering. The optimised rear-axle differential and Dynamic Torque Vectoring further benefit the handling of the hypercar.

Visually, the Chiron Sport features additional carbon fibre elements and new lightweight wheels on the outside while the interiors feature a ‘Chiron Sport’ logo on the centre console, ‘Sport’ logo on door sill strips and an anodised black finish for parts such as starter button and drive mode selector. The specimen showcased at Geneva as well as in the images you see here features an Italian red paint job with visible carbon fibre with black interiors and contrast red stitching. Apart from Italian Red, the Chiron Sport can also be had in shades of French Racing Blue and Gris Rafale. 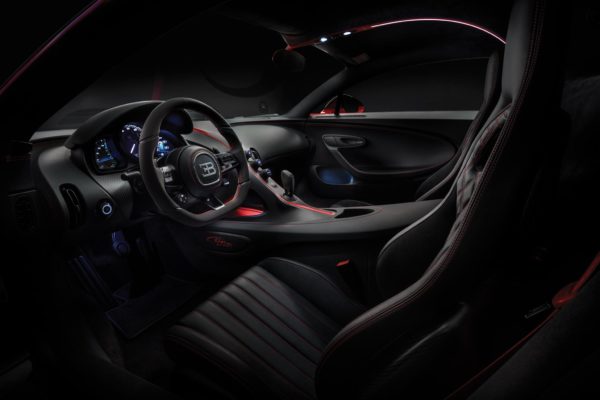 At the heart of the Bugatti Chiron Sport is the same 8.0-litre W16 quad turbocharged engine as seen on the ‘regular’ Chiron. This motor is capable of producing  a maniac 1500 hp and 1599 Nm of torque. Sprints of 0-100 kmph can be attained by the hypercard in a mere 2.5 seconds, all the way up till an electronically limited top speed of 420 kmph. 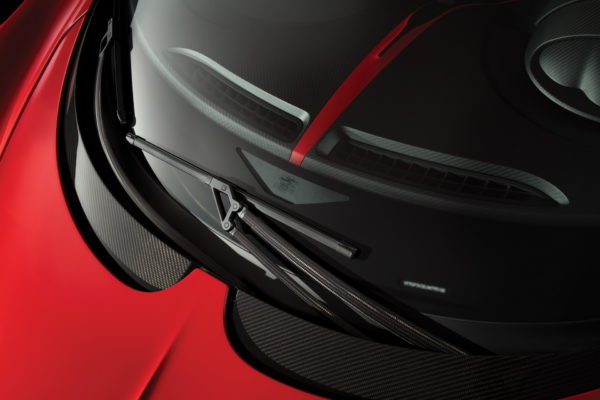 Bugatti claimed that the Chiron Sport is five seconds faster than the standard model on the Nardo test track and also said that the model can reach its full handling potential even at cornering speeds in excess of 200 kmph. The Chiron Sport showcased at the 2018 Geneva Motor Show features all the optional features available and is hence probably the the most expensive production car on display at the show this year.