Low to the road and broad in stance, the front end of the BMW Concept M8 Gran Coupe is designed to portray performance. The surfaces and contours of the bonnet hint at the driving capability bubbling intently under the skin.

The contours of the radiator grille kidneys broaden as they descend towards the road, which are aimed to emphasize the car’s low centre of gravity. As on early BMW coupes, the kidney elements are linked by an unbroken grille surround, creating a large single element. The headlights are positioned slightly higher than the kidneys grille. The lighting technology is familiar from the M8 GTE endurance racer, providing hexagonal interpretation of BMW’s signature four-eyed front end. Meanwhile, brawny air intakes in carbon-fibre-reinforced plastic (CFRP) guide the air to where it is required.

From the sides, a long wheelbase, long bonnet, flowing roofline and short tail create an sporty coupe silhouette. The roof flows into the rear by means of fins near the car’s shoulders around the C-pillars. The BMW Concept M8 Gran Coupe has a roof made from CFRP – which lowers the car’s centre of gravity both visually and physically – and aerodynamically optimised exterior mirrors. 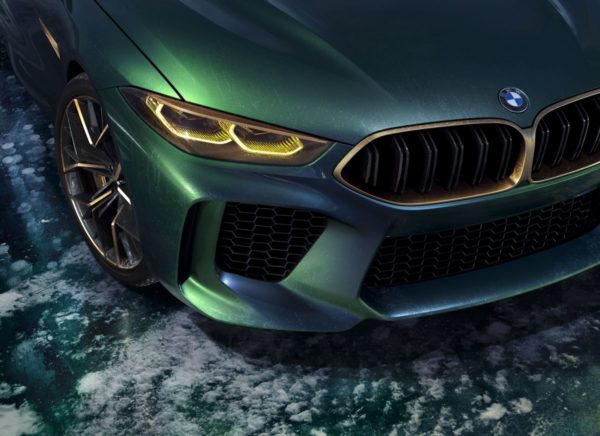 At the rear, the BMW Concept M8 Gran Coupe features wide track and flared wheel arches. The rear lights with black glass covers underscore the car’s wide stance on the road. Below them, the bumper picks up the front apron’s theme. 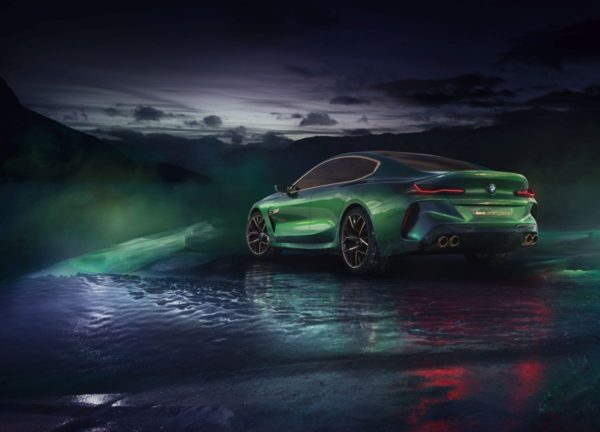 You’d have to wait for the mechanical specifications which would be revealed in 2019. The new model sees the BMW Group looking ahead to the BMW 8 Series Gran Coupe and BMW M8 Gran Coupe, which will be presented during the course of 2019 and round off the BMW 8 Series family.

Check out the BMW M8 Concept Gran Coupe in action in the video below: