Hyundai is all set to launch the 2017 Verna in India next week. Ahead of the launch on August 23, the brochure of the new Verna has been leaked, while Motoroids reader Debankush Dwari has sent us spy images of the upcoming model. 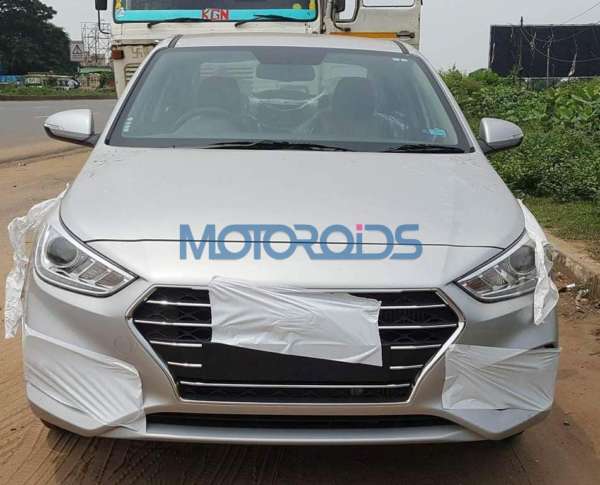 As seen in the spy images, the 2017 Verna facelift finished in a shade of silver has been stuck with a white plastic at various parts that reveal the important design elements of the new Verna such as the headlamps, fog lamps, badging, rear bumper and tail lights. A single image of the interior reveals a few details including a 7 inch touchscreen infotainment system, steering mounted audio and cruise control buttons, climate control and a dual tone theme.

According to the leaked brochure, the new Verna will receive the signature cascade design chrome grille flanked by projector headlamps with integrated LED DRLs on either side. The model will also receive projector fog lamps with chrome surrounds, 16 inch diamond cut alloy wheels, shark-fin antenna, LED tail lights and a chrome garnish on the bootlid. 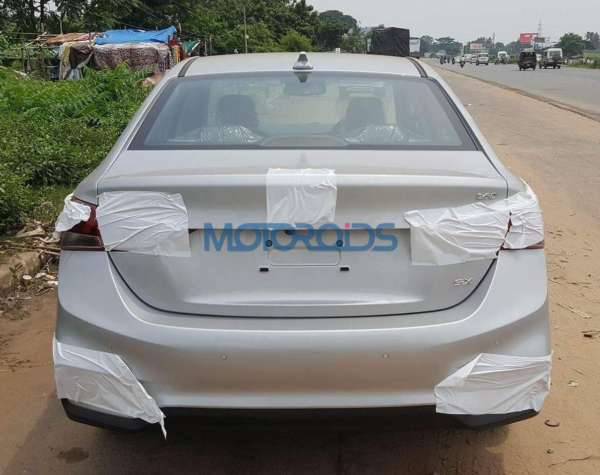 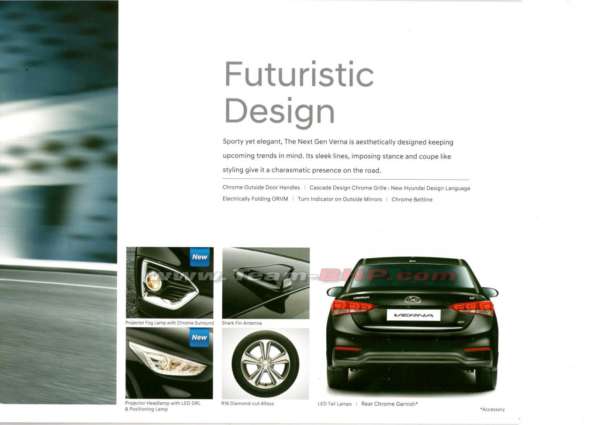 The 2017 Hyundai Verna facelift will be offered with two engines: a 1.6-litre petrol unit and a 1.6-litre diesel unit. The former will be capable of producing 121 bhp and 151 Nm of torque while the latter will be tuned to produce 126 bhp and 260 Nm of torque.  Transmission duties will be handled by a six speed manual transmission as standard while a six speed automatic unit will be available as an option.