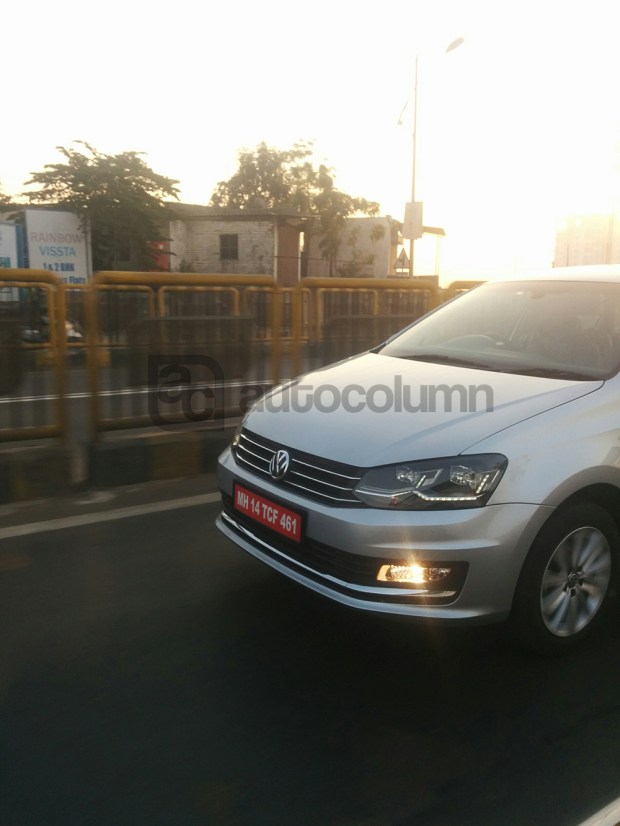 After receiving a facelift barely 6 months ago in June 2015, what appears to be a face-lifted Volkswagen Vento prototype is already doing rounds. Spied near VW’s plant in Chakan, Pune, the prototype sports a new headlight set-up that features integrated LED DRLs and projector headlamps. The new illumination set seems to be largely inspired by the Polo GTi’s headlamp cluster. There do not seem to be any other changes to the car from the outside although the same could not be confirmed for the interiors. 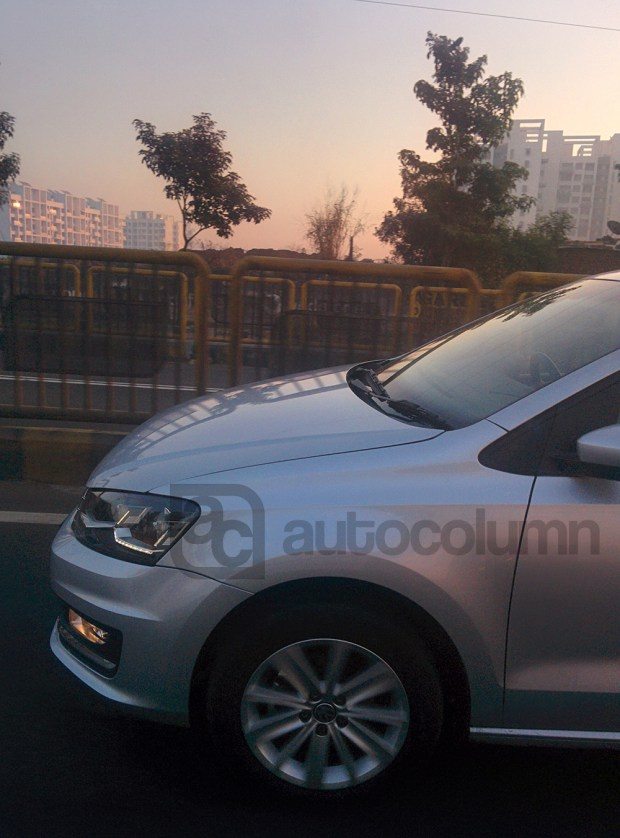 Features such as the three slat chrome grille, chrome garnish for the bumpers & boot, tail-lights with updated graphics and freshly designed alloy wheels are carried over from the pre face-lifted model. Engine options are expected to remain unchanged and include a 1.2 litre petrol engine that comes equipped only with a 7 speed DSG gearbox while the 1.6 litre petrol engine is only available with a 5 speed manual transmission. The diesel engine, on the other hand comes mated to either a 5 speed manual transmission or a 7 speed DSG transmission. 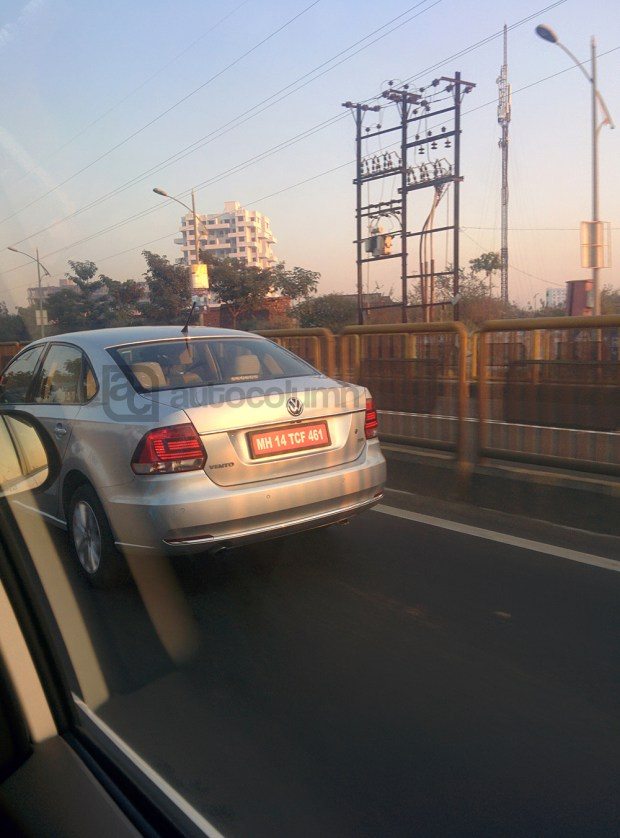 The Vento, which currently sells in over 35 countries, is one of the most exported cars from India. Volkswagen India although has not confirmed any face-lift to the Vento as yet and hence a possibility of this model being available only for a few export markets arises. If VW India does plan to launch the facelifted Vento, there is a good chance of it being unveiled at the upcoming Auto Expo to be held in Delhi. Expect the price of this upcoming model to rise by about Rs 10,000 from the current price range of Rs.7.85 lakhs – Rs. 11.87 lakhs  (All prices, Ex-showroom Delhi). This update could increase the market share for the Vento that is currently faces competition from the Maruti Ciaz and the Honda City.