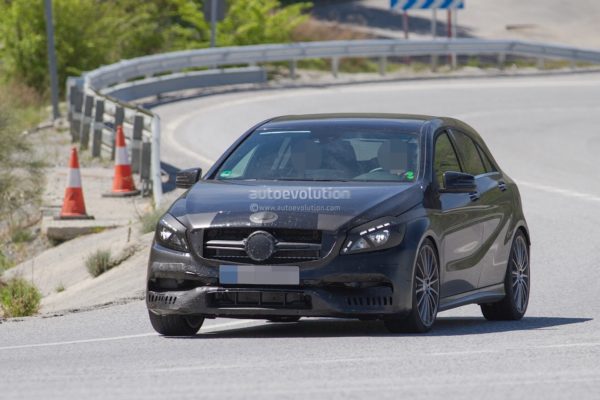 A test mule of the upcoming 2016 Mercedes’ hot hatch, the A45 AMG was recently spotted in the hilly region of Spain. Mercedes has confirmed that the facelift of this pocket rocket will be unveiled this autumn and will be targeted to end Audi RS3’s dominance in terms of power.

The 2.0-litre four-cylinder turbocharged motor is rumored to be tuned to deliver 380hp of power against the current model’s 360hp. The torque figure is likely to remain at 450 Nm (332 lb-ft). The 7-speed automatic transmission is also likely to receive a tune up. Reports also sugest that the naught to 100kph acceleration is likely to take 4.5 seconds. 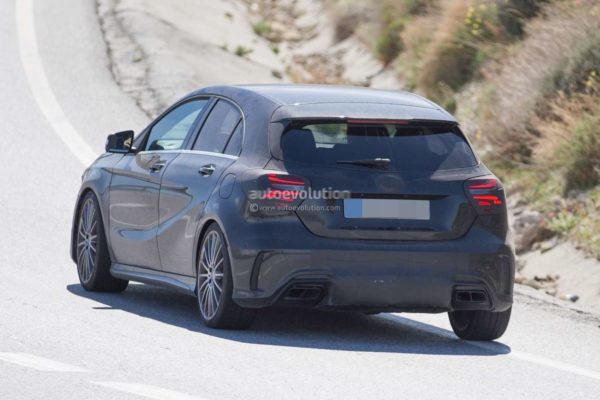 Do not expect to see any major changes cosmetically. The most likely changes include a revised front grille, headlights and taillights along with some refreshed graphics.

Here are a few images of the test mule of this upcoming hot hatch in action. Do share your comments through the comments section below.