Tata Motors has just updated their website with details, pictures and prices of the 2015 Tata Safari Storme facelift. The Indian SUV has been snapped many times undergoing road tests and we have covered those earlier. However, now the updated and much improved version of the Safari Storme has been launched. 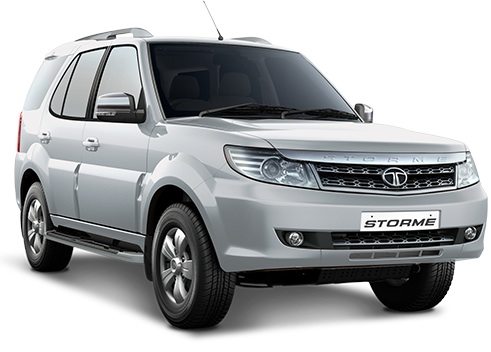 Tata Motors has been working away on this new version of their most popular SUV for a while. For 2015, Tata Motors has endowed the Safari Storme with added features/equipment, cosmetic tweaks and also made some mechanical alterations. On the styling side of things, the first thing you shall notice is the new front fascia. The 2015 Tata Safari Storme gets a Land Rover inspired honeycomb-patterned front grille. The LR traits continue on to the air dam too, flanking which are rounded foglights. The front grille wears a big ‘Tata” logo and the whole fascia gets its fair share of chrome embellishments. 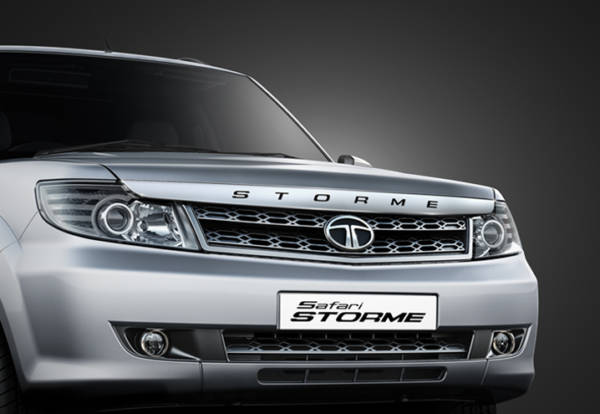 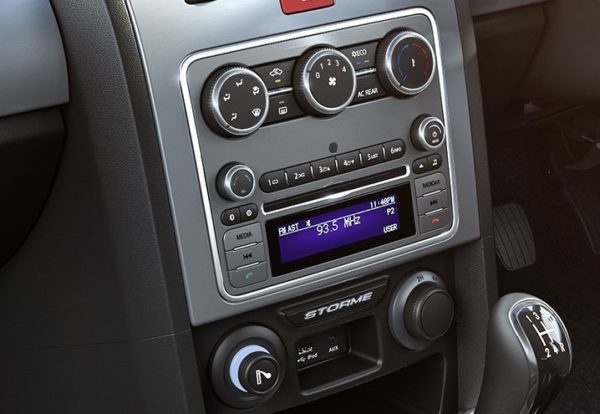 The top-end VX trim gets 16-inch alloy wheels, chrome wing mirrors, reverse parking sensors, dual front airbags etc. The VX trim also adds 4WD to the 2015 Tata Safari Storme’s list. The 4WD system comes with electronic ‘Shift-On-Fly’ mechanism and a limited slip differential. Further features come in the form of 200mm ground clearance, chunky 235-section rubber, disc brakes all around (EX and VX) etc. That said, the Safari Storme still doesn’t get automatic climate control, even as an option. Tata Motors have given the 2015 Safari Storme an inertia switch, which cuts off the fuel supply to the engine, unlock all the doors and switch on the hazard lights in case of an emergency. 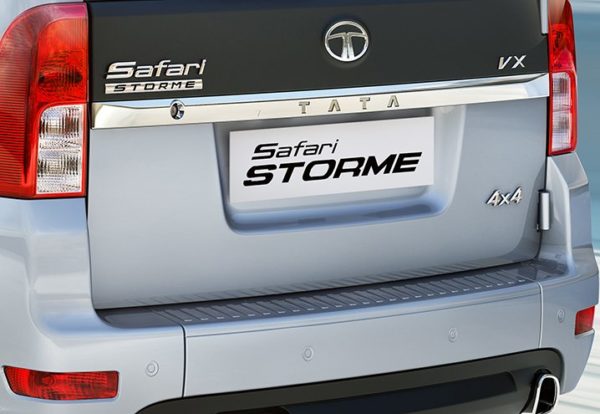 The VX trim offers reverse parking sensors as standard. No rear camera, though.

The 2015 Tata Safari Storme comes with a 2.2-litre VARICOR turbocharged diesel engine. This engine makes 150 PS at 4000 rpm and 320 Nm between 1700-2700 rpm. Depending upon the variant (4×2 or 4×4), the power gets sent via a 5-speed manual gearbox which gets a 260mm self-adjusting clutch. This clutch is to improve the quality of the shifts. The 2015 Tata Safari Storme also comes with a 63 litre fuel tank, compared to the earlier car’s 55 litres. Fuel economy has been improved too, ARAI rates the new Safari Storme at 14.1 km/l. 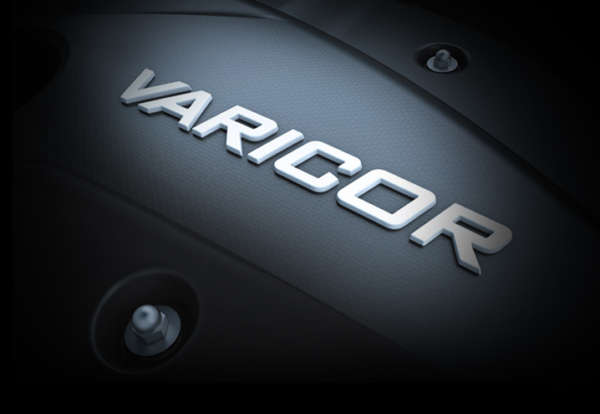 The VARICOR diesel motor churns out 150 PS of max power.

The LX (base variant) can accommodate 5 people, whilst the EX and VX trims are offered as 7-seaters. The interior of the Safari Storme gets a java black dashboard with silver finishes and on the LX trim, can be had with sandstone beige cabin. The seat fabrics have also been revised and now get a refreshed pattern on the inserts and contrast stitching.

Prices of the 2015 Tata Safari Storme are as follows (all ex-showroom, Mumbai):

Stay tuned to Motoroids for more on the 2015 Tata Safari Storme facelift. We have attached a gallery of images below for you to have a look at.