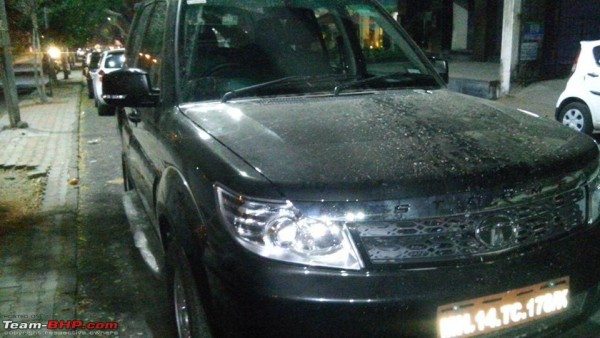 It has been almost two decades since the Tata Safari has been kicking a storm around India with its near 2-tonne weight. Now, the manufacturer has decided to give the Safari Storme a few minor updates, so that it can soldier on until an all new replacement arrives, perhaps sometime in 2017. Spied hiding nothing except a few bits inside the cabin, the updated Safari Storme gets a different looking front grille and a new bumper on the outside. In the living room, the SUV was spotted wearing all black paint on the furniture, a steering wheel borrowed from the Zest and a taped center console, maybe hiding a new infotainment system. 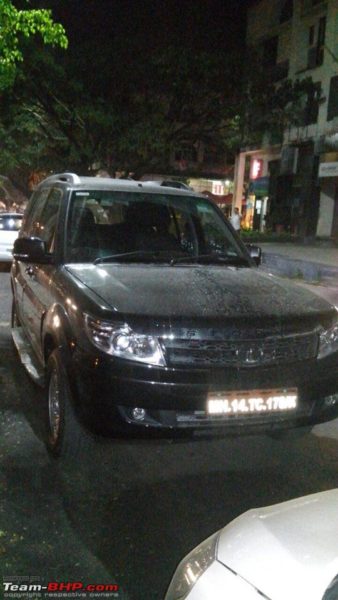 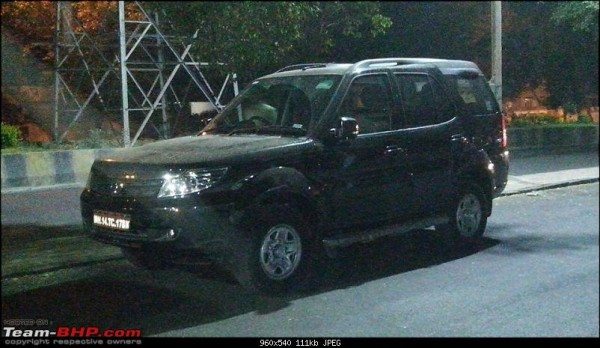 Interestingly, the updated Safari Storme could also borrow a more powerful 150 PS Variocor motor from the Aria. The manufacturer is already offering benefits of Rs 1,00,000 on the existing Safari Storme, which could be a move to clear current stock. We really believe Tata would do well to equip the Safari with an auto box sometime, get that compact SUV to the market in quick time, call it the Sierra.