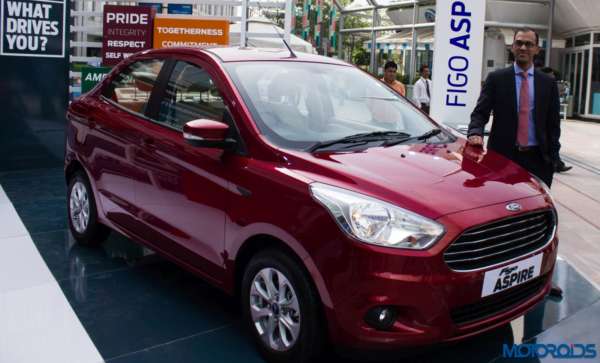 Ford India sold 11,714 vehicles in combined domestic wholesales and exports in May, compared to 12,288 vehicles in the corresponding month last year.

The minor lapse in sales should soon be addressed by the soon-to-be-launched Figo Aspire compact sedan, which promises to be a shot in the arm for Ford India. The Aspire features contemporary styling inside out, a choice of two engines (1.5L TDCi diesel engine and 1.2L TiVCT petrol engine), along with – for the first time in a compact sedan in India – side and curtain airbags for an extra level of protection. 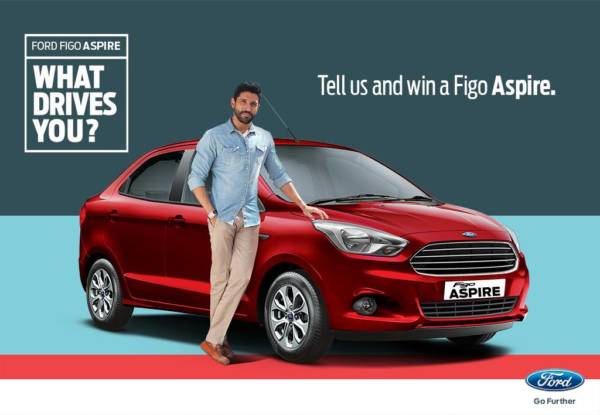 During the month, Ford commenced 10-week long roadshow to showcase the Figo Aspire at 40-locations in 25 cities across India. Customers visiting these roadshows get a first-hand experience of the car.

The roadshows are a part of Ford India’s recently announced experiential consumer campaign – What Drives You – which is led by actor, singer and director Farhan Akhtar. The campaign culminates with one-lucky winner becoming the first customer to drive home a brand-new Ford Figo Aspire.

“We are really excited and encouraged to see the customer response to Figo Aspire during roadshows,” said Anurag Mehrotra, executive director Marketing, Sales and Service at Ford India. “Figo Aspire embodies the aspirations of modern India with its striking good looks, clever convenience and smart technology. This sedan is designed to exceed expectations of customers in every way as it gears for a public introduction in a couple of months.”