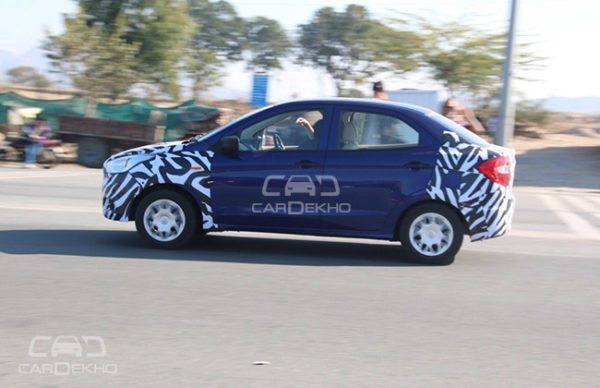 The 2015 Figo Compact Sedan in profile: stubby boot integration is visually cohesive, unlike others of its ilk.

The second quarter of 2015 will see two big launches from Ford India – the next generation Figo hatchback and compact sedan. While the Figo hatchback will draw from the Brazilian Ford Ka and the Ka Concept, the compact sedan will be based on the Figo Concept Sedan seen at the 2014 Auto Expo, and will replace the current Figo and Fiesta Classic respectively. 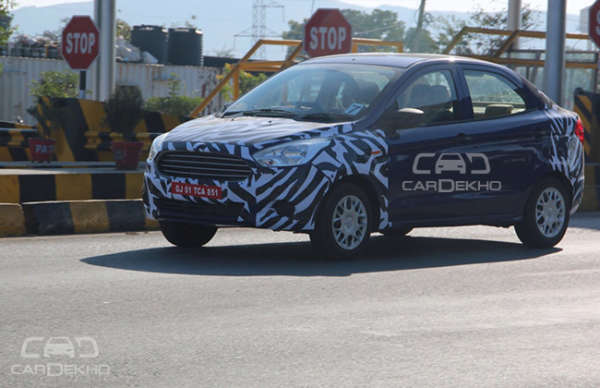 The 2015 Figo-duo is treated by the second iteration of Ford’s Kinetic design philosophy – Kinetic 2.0.

Both the hatchback and the compact sedan have been spied, and these are the clearest images yet. To be produced at Ford’s Sanand plant in Gujarat, which will be fully operational by April, the duo is all set for a mid-2015 launch, with the Compact Sedan reportedly coming in July before the hatchback. 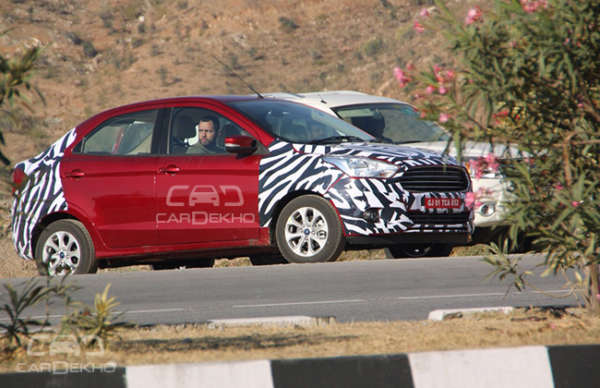 The swept back headlamps and the attractive, Aston-Martin – like grille dominate the fascia.

Engines: Based on the same platform as the outgoing car, the 2015 Ford Figo will use a fresh petrol motor. The wheezy 1.2-liter petrol unit will be replaced by a fully-localized, naturally aspirated, newly developed 1.0-liter TiVCT 3-cylinder petrol engine, speculatively rated at 80-85 bhp, with a peak torque close to 105 Nm. The current 1.5 liter diesel engine will soldier on, but will be tuned for more torque and efficiency. 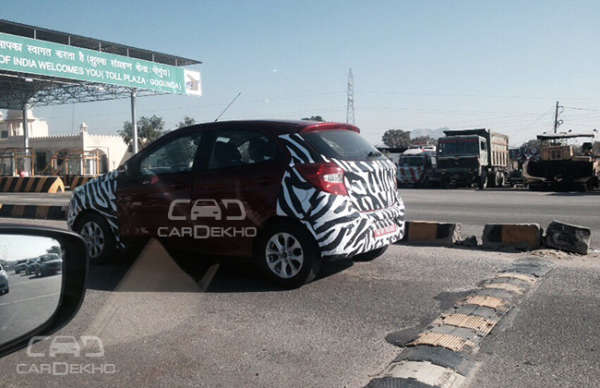 The 2015 Figo hatchback has also been spied in what seems like a top-end Titanium trim; 15″, 8-spoke alloy wheels looking neat.

On the inside, the dashboard design is inspired from the Fiesta, with the central console is almost identical. The vehicle features Ford’s SYNC voice commanded system while the AppLink (smartphone App integration) and Emergency Assistance will also be offered – all these features are segment-first. 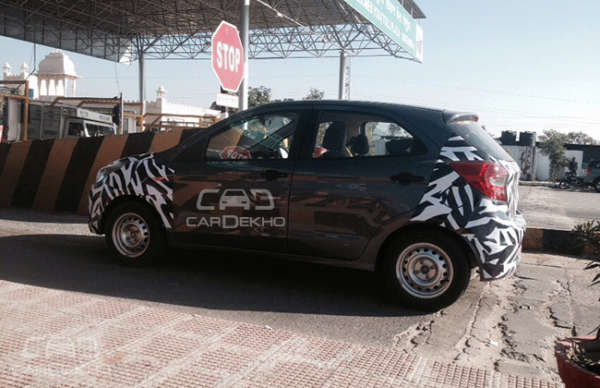 Not so Titanium – Basic variants will have to do with exposed steel rims; no LHS external rear view mirrors as well.